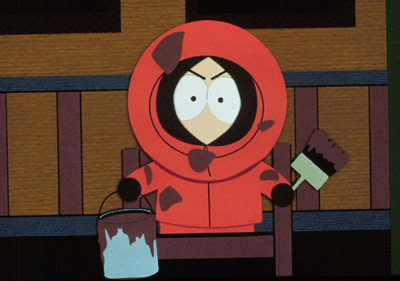 Kenny in the paint

Yes, I lived a life BC (before Chris). And now I am apparently experiencing an existence AD (after Divac). Yes, the apocalypse is truly upon us, as we argue whether or not it is fair to mock one Kenneth Cornelius Thomas.

It seems that there are those that want us to give Kenny Thomas a break, and on the surface the argument seems valid enough. Who wouldn’t take a contract like that? And how can a guy really hurt you if he’s not playing? And how can you shred a man if you don’t even know him? Compelling, but not convincing. Not to me, anyway.

Kenny Thomas may be the nicest guy on the planet. He may be a good and decent family man, always pays his taxes on time, never line jumps at the buffet. Alas, this has little to do with his existence as a member of the Sacramento Kings, and since this is a Kings website, I am going to focus on his contributions to the Kings (I will also focus on those things that are not contributions, or this is going to be a very short post).

Kenny Thomas arrived here on February 23, 2005, along with Corliss Williamson and Brian Skinner, in trade for Chris Webber, Matt Barnes and Michael Bradley.  He was handed the job vacated by Chris Webber, and he responded with almost 15 points and 9 boards a game. He was 28 at the end of that year, entering what should be the prime of a power forward.

Only that didn’t happen. Kenny Thomas’ game regressed (or at least it did not grow). His production fell off, then his minutes fell off, and he eventually morphed into what he is today: $17.3 million (over two years) of untradeable basketball player, the single worst investment on the Kings roster today by a wide, wide margin.

Remember, this has all happened while the Kings have been arguably the worst team at power forward in the NBA. So bad that Mikki Moore is the starting power forward (not to knock Mikki, he is a terrific contributor, but really – how many teams would he start for in this league?). So bad that we pine for Shelden Williams to get more minutes. So bad that some of us would consider starting Brad Miller and Spencer Hawes together up front (the Ivory Towers).

All of this happened while guys like P.J. Brown, Kurt Thomas, Joe Smith, Corliss Williamson, Eduardo Najera, Reggie Evans and others figured out a way to make a contribution to their teams.

Now don’t get me wrong. I love rooting for a long shot. Joe Kleine is my avatar, for crying out loud! But Kenny Thomas is no long shot. He is a guy who is making a lot of money and had every opportunity to earn it. But that didn’t happen. Instead he has played his way to the end of the bench, while earning collecting practically the same amount of money as Bobby Brown, Donte’ Greene, Quincy Douby, Jason Thompson, Francisco Garcia and Spencer Hawes…combined.

This does not mean that we should say that Kenny Thomas molests collies or rolls little old ladies (OK, maybe the collie thing is OK – he’s K9, after all). But I think that I am well within my rights to call him the sucking chest wound as it pertains to the Kings payroll. As a Kings fan, I think that I have earned the right to rail and wail whenever I see him peel off his warm up and prepare to enter the game…and contribute nothing. I think that it is acceptable to have disdain for a player that is suddenly ancient at the tender age of 31, in spite of the fact that he has had no telling injuries. Give his knees to Shareef Abdur-Rahim, or give ‘Reef’s heart to Thomas.

Because here is the thing - No franchise benches a player that is owed $17.3 million over the next two years when he plays a position where the team basically sucks (upside notwithstanding). If Thomas showed anything, ANYTHING, the Kings would have been trotting him out there in the hopes to generate enough value that they could package him with someone for expiring contract, expiring anti-perspirant, a moped ride with Monta Ellis, ANYTHING.