Share All sharing options for: Quincy, We Hardly Knew Ye 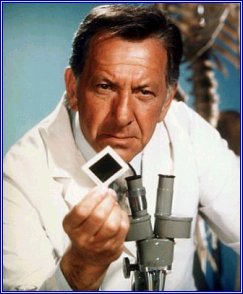 I’ve come to praise Quincy Douby, not bury him. There will be no unibrow jokes here. JustaRealDude will not go nuts while reading this story.

Quincy Douby will not have his contract extended by the Kings. This is what happens a lot to players selected with the 19th pick of a draft. Kevin Martin, Francisco Garcia, Gerald Wallace – those are supposed to be the exceptions. Quincy Douby is the rule.

A lot will be made of who the Kings could have drafted in 2006. Rajon Rondo was still available, as were Marcus Williams and Jordan Farmar. Daniel Gibson, Paul Millsap and Leon Powe were all 2nd rounders. Sergio Rodriguez went late in the 1st round, as it was known that he was going to stay overseas for at least a little while longer. But let’s dissect these players. Everybody passed on the 2nd round players (some teams passed on them twice), so we’ll dismiss those as a crap shoot. Williams already wore out his welcome in New Jersey, and now word out of Golden State is that they are not particularly enamored of him. Farmar might have been a nice little fit for the Kings, at least earning the extension that Douby did not receive as a viable backup PG. Rondo? World champ, baby. But he may be the classic example of being in the right place at the right time. I mean, how does a guy barely average five assists a game when you’re playing with Paul Pierce, Kevin Garnett and Ray Allen? The guy can’t throw it in the ocean. Had he come here he may have gone the way of Orien Greene. Geoff Petrie doesn’t suffer poor shooting, no matter how well you defend (right 3-Wil? Right, She-Wil?).

All of that said, Quincy Douby is shaping up as Geoff Petrie’s weakest draft pick. And that’s a shame, because Quincy Douby just might be an NBA basketball player. When he is healthy and confident, he is a handful offensively. The perimeter shooting, the runners, the tear drop shots. This is a sixth man waiting to happen, instant scoring. But his health has been an issue, and he could not fill the role that Kings needed him to fill, that of backup point guard.

So at the end of this season, Quincy Douby will become a free agent, and that is great news for Quincy Douby. He will have the opportunity to go shopping. Maybe he can be the guy that gives Ray Allen the longer rest that he will most likely need in Boston. Maybe he could find a home with the Warriors after they tire of Cap’n Jack. How about New Jersey for the post-Vince Carter era? My bet is that Quincy Douby lands elsewhere, and perhaps even flourishes.

And I hope that he does succeed. Quincy Douby is a square peg that the Kings tried to pound into a round hole, and he never complained, and he always tried. He’s a nice guy, and seemingly a good teammate. It’s impossible not to root for him.

One more year of table scrap minutes, Quincy. And then perhaps then you can launch your career. Good luck and good health.