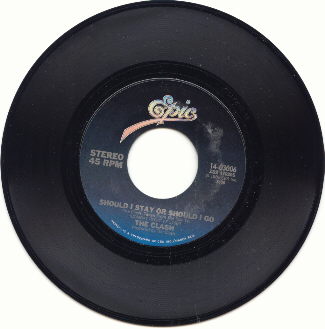 Should I stay or should I go now?

If I go there will be trouble,

And if I stay it will be double.

So come on and let me know –

Should I stay or should I go?

Brad Miller, welcome to the rest of your life as a Sacramento King. You are the new Ron Artest, the player that will eventually polarize a fan base that will be divided over your continued existence in Northern California (grab a bat, John Salmons, because you’re on deck). Many fans will find it incredible that we would entertain notions of trading our most selfless player, especially one that would leave at least a temporary gaping hole at his position. Others will rail that he is overpaid and not part of the future of this franchise. Brad Miller will become a riddle wrapped in a conundrum wrapped in a zig-zag.

If you are in the Brad Miller camp, you are quick to note that after Kevin Martin, Miller is probably the highest ranked King at his respective position.  Miller ranks in the upper half of NBA centers, and you can’t make that case for Mikki Moore at PF, John Salmons at SF, or Beno Udrih at PG. Brad Miller is better than the average. And after last year’s comeback year, which included a pair of 20+/20+ point/rebound nights, he has proven that he still has gas in the tank.

Also, when you look at last year’s projected starting lineup, only Brad Miller regularly provided Kevin Martin with easy basket attempts. Hell, sometimes Miller was the only guy to provide Martin the ball! Think back to when Doug Christie was worth 3 points a night to Peja via those nifty passes from the top of the key to a cutting Stojakovic. Or how C-Webb used to spring Bibby for some easy jumpers off the pick and roll. That is Brad Miller’s value to Kevin Martin. We have seen Beno Udrih actually find Martin at the rim during the preseason, an encouraging sign. But if Spencer Hawes is getting Brad Miller’s minutes today, Kevin Martin will pay at least a small price.

Finally, there is the veteran leadership factor. Miller deferred to Ron Artest (Attila the Hun would have deferred to Ron Artest), but my guess is that Miller is going to become a more vocal leader this year. Mikki Moore is a bit of a leader in a self made man sort of way, but Brad Miller is the guy. He has what the youngsters want – he is the sole proprietor of major minutes at his position and he gets paid a bundle. Hawes and Thompson would have to pay attention to the guy, yes?

In conclusion, the pro-Miller camp says keep the man around unless you can get something of true value in return for him (youth and/or draft picks). His contract expires in time for the magical year of 2010, so what’s the hurry?

The naysayers would quickly respond that Brad Miller is overpaid, and that an overpaid player should always be dealt ASAP, especially when that team is not really a viable playoff contender.  Miller has almost $24 million left on his contract over the next two years, and he’ll likely earn about $16 million of it. The sooner that you can unload that contract, the better.

And while it’s true that Martin benefits from Miller’s selfless play, Kevin’s going to be here long after Brad is gone. The rest of this team needs to learn to work through Kevin Martin, and that will have to happen at an accelerated pace if Miller is not here.

And one more thing - Veteran, schmeteran. Brad Miller is taking valuable time from the youth that would be the future of this franchise. Who cares what he can teach these guys? They can learn more by playing, and playing time is exactly what they’ll get once Brad is gone. You have Shareef on the coaching staff, don’t you? Mikki Moore and Bobby Jackson can teach the kids about proper shower shoe care, for crying out loud.

And so it shall be for Brad Miller, the next great divider. My personal opinion (which has an error factor of 0-100%) is that we should keep him for the entire 2008-09 season, unless someone comes along and offers the Kings future enhancing products in exchange for Miller’s services. At this time next year, if Hawes has progressed, you could accept a little less in return for #52. Miller does not strike me as a guy that will piss and moan about a reduced role as Hawes develops, so that buys you some time and flexibility. By the time he becomes expiring trade deadline contract in early 2010, he could fetch a youngster or a draft pick from a contending team in need of selfless size.

Commence Brad Miller discussion. Smoke ‘em if you got ‘em.