Share All sharing options for: Fly With Bobby Brown 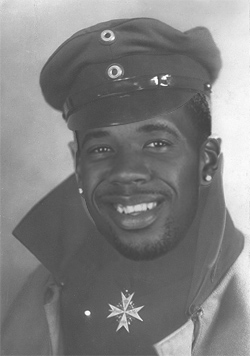 Bobby Brown is the ultimate no-risk, high-reward move ... for both Geoff Petrie and Reggie Theus.

Petrie spent 1/1000th of Kenny Thomas' weekly earnings on Brown. (Slight exaggeration.) In return, he gained at the very least major daps around the world and guaranteed viewership from Marc Stein. YOU CAN'T BUY GOOD PRESS LIKE THIS. Bobby Brown could play two-and-three-quarters minutes a night, and he'll still have made a dozen people's years.

Coach Theus can't lose by playing B.B. I hate to tell you this, buuuuut ... Bobby Jackson is basically done. His shooting has been on a slide to nowhere for a few years, his brilliant playmaking has been betrayed by his waning athleticism. He is a ghost. Brown might be a disaster on wheels at times, sure. But it's unlikely he'll be dramatically worse than BoJax on the whole. Sure -- BoJax is capable of throwback nights Brown might not touch for a few years. But average the summits and canyons and Brown will almost assuredly be as good or better. By playing Brown, Theus endears himself to a plausibly vital piece of the future (fingers crossed), stays on Petrie's rebuilding course, and doesn't betray his desire/need to win. If Brown sucks? Well, that's not Reggie's fault now is it?

As for what actual value the Kings can derive ... Brown can either be Ronnie Price Part II (good enough to keep, bad enough to let go) or Bobby Jackson The Long-Awaited Sequel. He's certainly a scorer, but he's smart and open to suggestion ... absolute keys for a youngster learning a new trade (Germany be damned). I desperately hope he's soaking up tape and sleeping with a ball ... err a BASKETBALL in his hands. We need a few shocking surprise steals to make it, and B.B. is Candidate #1.