(section214 -- your favorite correspondent -- has done the honor of whipping up Sactown Royalty's 2008-09 preview for the NBA Blogger Previews series. Enjoy. - TZ) 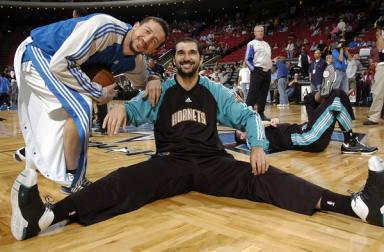 1.      What significant moves were made during the offseason?  The biggest was obviously the Ron Artest trade.  At last year's trade deadline, the best that the Kings could get for Ron-Ron was expiring contract and Denver's 1st round pick.  Geoff Petrie waited, netted Donte' Greene, a 1st round pick for next year (albeit a late one) and fan favorite and expiring contract Bobby Jackson.  Not bad when you consider that Artest could have opted out and the Kings could have wound up with nothing.  Now there is no doubt that Houston got the better end of this deal, but the Kings got exactly what they needed - youth, a draft pick, and the assurance that they will not spend long term money on Ron Artest.
Kudos also to Petrie for snapping up point guard Bobby Brown.  Brown was the most impressive point guard at the Las Vegas summer league while playing for New Orleans.  If Brown works his way into solid minutes he will be a great bargain at $442k.

2.      What are the team’s biggest strengths?   Kevin Martin, Kevin Martin and Kevin Martin.  Dude averaged almost 24 points a game last year on 15 shots.  His ppg has been 3/11/20/24 (rounded) over his first four years, and all he did this summer was work on his game.  This is the first year of his first "real" contract ($8.8 million this year), the first year as the lead dog, the first year without Artest and Bibby refusing to yield to his superior true shooting percentage (over 60%!).  He may be a little less efficient this year, but he'll get more looks.  27-28 points per game is not out of the question.  And he's a great kid, a solid community guy, the potential cornerstone of a rebuilding franchise.  I will give honorable mention to the work ethic of this squad.  The Kings played their collective arse's off in probably 79 of the 82 games last year, no small feat for a team that was really out of the playoff hunt by February.  Kudos to Reggie Theus for that.

3.      What are the team’s biggest weaknesses?  Pick one - defense, rebounding, athleticism, cohesion, Kenny Thomas.  The youngsters on this team (Jason Thompson, Shelden Williams, Donte' Greene, Spencer Hawes) have a little bounce but lack experience, while the veterans (Brad Miller, Mikki Moore, Bobby Jackson) are crafty but not physically dynamic.  The roles for many Kings players will change throughout the year, and that will make things double tough.

4.      What are the goals for this team?  If you ask Reggie Theus and the Kings organization, the goal is the playoffs.  If you ask most Kings fans, the goal is playing the youngsters as much as possible and drafting Ricky Rubio, Blake Griffin or B.J. Mullens.  The Kings are a team in transition, and Theus is going to have his hands full balancing going after wins with getting the kids some burn.  The development of Spencer Hawes and Jason Thompson is hugely important (Donte' Greene's development may have to wait until next year).  I would add that having Kevin Martin grab the reins of this team would also have to be considered as a major goal.

Predicted record:  37-45.  One game worse than last year.  The loss of Artest will cost them about a half dozen games (He only suited up 57 times last year), but this team now knows the coaching staff, and they suffered far more than their share of injuries last year.  11th in the west, ahead of Memphis, Minnesota, Oklahoma City, and whichever one of the Denver/LA Clipper/Golden State teams that wind up imploding. 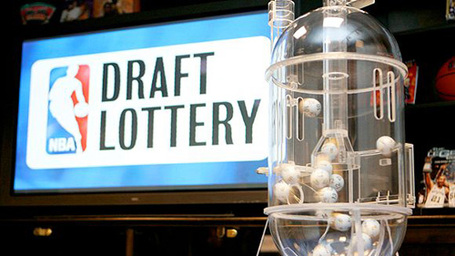