How Strange, It's Getting Harder for Water to Clean Bobby Jackson Off

Share All sharing options for: How Strange, It's Getting Harder for Water to Clean Bobby Jackson Off 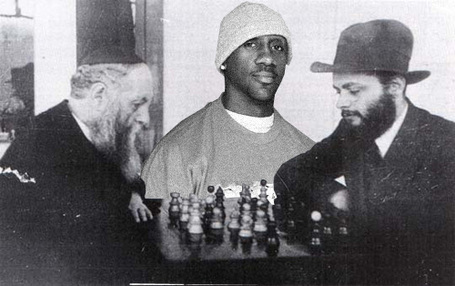 I've already talked about Bobby Jackson a bit, so let me humbly quote myself:

I hate to tell you this, buuuuut ... Bobby Jackson is basically done. His shooting has been on a slide to nowhere for a few years, his brilliant playmaking has been betrayed by his waning athleticism. He is a ghost. Brown might be a disaster on wheels at times, sure. But it's unlikely he'll be dramatically worse than BoJax on the whole. Sure -- BoJax is capable of throwback nights Brown might not touch for a few years. But average the summits and canyons and Brown will almost assuredly be as good or better.

Did I really say that? What a ghastly sentiment. Bobby Jackson is a hero, a man. And here I am, telling him he's a ghost. Shameful. Unequivocably shameful.

... but true. Pleasure adjoined to watching Bobby Jackson will be dervied from his mentorship of the young Kings and his once-in-a-moon-cycle shooting sprees. But really, it's the mentorship, the warm fuzzies. You'll be happy to know he won't take any sass from young players, also. Ask Tracy McGrady.

(Thanks to Henry for digging that up/reminding me.)

There are a few Kings who won't allow any punks to step. BoJax is the captain of that crew. And I'm glad of it.