Share All sharing options for: The Difference Aggression Makes

If there's a common thread among Sacramento's successes (in the win column and on an individual basis) this season, it's aggression. Spencer Hawes has been a marvel because he has been really aggressive. He attacks the rim on both ends, coming up with more blocks than we dreamt and a highlight putback slam nightly. (See below.) Jason Thompson's entire paint presence is predicated on pure aggression. He fills the lane on guard penetration like a bulky Mikki Moore. He pounds the boards from absurd angles, inserting himself into action he hasn't been invited to. Kevin Martin's season turned to the black when he started attacking in transition, stabbing through the passing lanes and darting to the rim in the half-court. 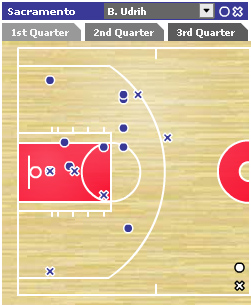 Beno Udrih had the best game of his career because he decided he's a rocket, not a ballistic missile. He hit plenty of outside shots against the Clippers -- six of nine jumpers further than 15 feet, according to this shot chart from ESPN.com. Two other shots came from 13-15 feet, just inside the foul line. One (the make) was an aborted drive, the other (the miss) a curl off a high Brad Miller screen. But nine other FGAs came in the lane, within eight feet. That's aggression. That's taking the action to the opponents, and not meekly acceding to their position.

It seems simplistic and clichéd to say that "you have to take the fight to the enemy," but it's so true in the NBA. It can be trouble at times -- John Salmons learned that with four of his 19 shots blocked -- but in total, with these NBA rules in place and this style at the throne, aggression rules. Look at Boston. On both ends of the ball, the Celtics were constantly the more aggressive team throughout last season, from the opening tip to the final whistle. An attacking mentality counts for a whole lot of beads right now ... especially in November when (cliché alert, one more time) a lot of players aren't really in kill mode.

Of course, one game of aggression doesn't a season make. A 30/7 night shouldn't have us building statues -- how many times did Mike Bibby drop 30 on a mediocre team? I don't profess to insist Beno can be so good 30/7 is more worth a golf clap than a "ZOMG!!1" -- that's Kevin Martin business -- but he should be better than he has been, which would make 30/7 look less like a "Tony Delk goes for 50" and more like a "Brad Miller gets a double-double." I want 30/7 to be inside the realm of potential possibility any night. For that to happen, Beno's game-to-game scoring needs to be stronger and he can't follow up a 7-assist game with only one or two dimes in the next match. Beno needs to be more good more often. A few exclamatory outbursts might have gotten him a contract, but it's not going to get the Kings to .500 forever. 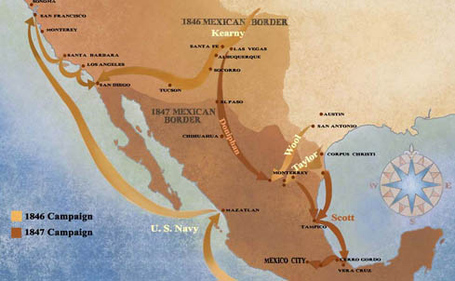 There's another storyline dealing with aggression here: Jason Thompson, and his relationship with Reggie Theus. In the second half, with the Clippers surging, the Kings inbounded the ball. The spacing was awful on the right elbow. Salmons had the ball, and Brad Miller was trying to set a high screen or something. I don't know. It was bizarre. Thompson was parked in the post, strong side. He had (I believe) Al Thornton on his back. Salmons didn't get the ball to him, and it ended with a lost possession on the wing. The camera zoomed in on Theus. You could hear him. "I told you to pass the [expletive deleted] ball inside! How [expletive deleted] difficult is that?" Theus can scream. He's not a screamer, really, but he can SCREAM. And while I never saw Salmons much in his days under Larry Brown in Philadelphia, I'm not sure he's ever been yelled at like that in any empty(ish) gym with the cameras on and at least one rookie on the court. Luckily, Salmons' cover rang down to the opposite wing, so Salmons wasn't within 30 feet of Theus. Had it been different, someone might have punched the other. A King hasn't been dressed down publicly like that since Ron Artest told Beno to "give him the [expletive deleted] ball" in the middle of an offensive possession in the middle of last season.

I've gone off track. The point: Thompson came out in the third quarter pounding the Clippers. POUNDING them. In the first six minutes of the quarter, Thompson had four points and three rebounds. His eyes were dancing. His fingers were tingling. He was physically seething. ... And Theus wanted the ball in his hands. He was as furious as he has been in 13 months because Thompson didn't get the ball. Salmons is a good great teammate, and a quiet, hard-working dude. And Theus wanted to crush him because he couldn't get Thompson the ball.

I personally made a huge deal out of Theus' ridiculous pro-Artest rant last April, in which the coach insisted that without Ron the Kings had no one "to give the ball to." I have moved past the absurd semantic debate -- we all have. It was an unfortunate blip that helped no one or nothing. But Theus insisted in the aftermath that his point was that you need to be able to pound the ball inside to someone to relieve pressure on the guards. It's a fair point. Martin has never had a post player to receive kick-outs from. (I think Artest had an assist on a post kick-out to Martin once, maybe twice last season.) Beno doesn't have that. Salmons hasn't had that.

Now, they have that. Thompson is your proverbial "get the ball to" player. For all his warts, Theus doesn't discriminate based on Thompson's age or lack of flawless execution. JT has lit up the coach's eyes and, in theory, made Theus' (still confusing and unfinished) system come to life. The Kings needed a bucket, and Theus demanded that Thompson get it. That's a reward for the aggression Thompson showed, and it's a sign that there needs to be more aggression.

Thompson and Hawes get the point. Udrih understood, if only for one night. You know Martin knows, and Salmons was aggressive but not smart in L.A. That's five players, folks. That unending search for identity ... could it be that Theus' motif revolves around taking the fight to the opponent, making yourself the aggressor?

We'll see over the next few months.