Giving Thanks After A(nother) Miserable Loss

Share All sharing options for: Giving Thanks After A(nother) Miserable Loss 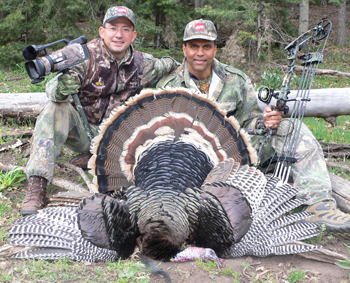 The turkey was safe until it ventured inside the 3-point line...

I'll try to be brief. It is Thanksgiving, after all. I have Christmas lights to hang and football to watch.

The Kings are on a pace to win 24 games this year. And while that pace has been set without mostly without Kevin Martin and with the perceived starting lineup playing only two games together (they won both, beating Minnesota and Golden State at home), 24 wins is 24 wins. The Kings have allowed shorthanded San Antonio and Phoenix teams to come to ARCO and win, and last night they spit the bit against a not too particularly talented New Jersey club.

I guess what is on my mind this morning is this - It is OK for me to think that Reggie Theus sucks right now without wanting him fired. Like last year, he has this team playing very hard. But also like last year, this is a turnover prone team that cannot finish out quarters or games. The plays that are drawn up coming out of timeouts are either unimaginative or poorly executed.

Now I'm not saying that Reggie Theus is solely to blame for any of these losses, particularly last night. A couple of made free throws down the stretch and maybe we go home with a "W." But Reggie played a role. The team got down 17 and then came roaring back via the youth on this team, and much of that youth did not see the floor for the final six minutes of regulation or overtime. And while I stress that a made free throw could have been the difference, the fact remains that this team blew a six point lead with 34 seconds left in the game on their home floor.

So I may be in the "Bash Reggie" camp for awhile, at least until somebody gets a hand in the face of a three point shooter (The Nets shot 46% inside the arc last night, while their 43% 3-point percentage adjusts to a 64% yield), and at least until they consistently take better care of the ball (last night's 22 assist to 10 turnover output was a welcome exception to what we have seen in the Theus era).

Two final points. First, I agree that Reggie does not guard the three point shooters or handle the ball (insert "NOBODY DOES!" joke here). But he coaches this team, so he is responsible for the performance of this team. And I think that this team can play better than it has. Second, the "Bash Reggie" camp is not the "Fire Reggie" camp. I still believe that Theus should continue to coach this team through the rest of this year.

But I'm done cutting him slack because his star player is out or the team is young or someone missed a free throw. I want to see better execution on both ends of the floor. I'm fine with us losing a game because someone got a wide open look but couldn't hit the shot. But the recent lack of execution in late game situations has got to stop. And yes, it would be different if Kevin Martin were playing. But he's not, and the games keep ticking away.