Reggie Theus and the Eternal Lack of Direction

Share All sharing options for: Reggie Theus and the Eternal Lack of Direction

Over at FanHouse, I have offered up Reggie Theus as the first potential victim of the midseason guillotine. 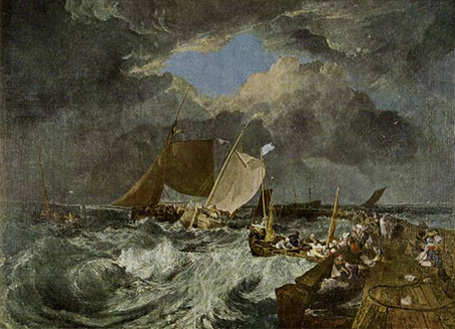 Of course, there are two competing questions when you consider any potential coaching change: should it happen? Will it happen? That FanHouse joint is tailored to the latter question ... and the evidence is pretty strong. You have to think that if the Maloofs and Geoff Petrie liked the way things went last year, they'd have guaranteed the 2009-10. I mean, it's not like these dudes are shy about locking folks in. Twenty-five or more NBA teams would have let Francisco Garcia get to restricted free agency, because chances are that Garcia wouldn't sign for more than $6 million a season as an RFA ... even with a European team. But the Kings found $6 million to be a fair salary, and they awarded it. They gave him what he asked for and hoped for the best. Might not be the best strategy, but it's Sacramento's current M.O. (It was also the M.O. as Chris Webber and Mike Bibby sought long, lucrative contract extensions a half-decade ago.) The M.O. didn't carry to the coach. The rest of the world saw a cat who set his mish-mosh gang to Overachiever status. The Kings front office saw something much, much less.

But let's get moral for a second: should Theus get canned? Does he deserve to be fired? On a parallel but distinct track, does he deserve his job? I wish job loss on no one, first and foremost. I hate hate the pitchfork-carrying crews who demand salvation via someone else's misery. I will never campaign for Theus' unemployment, I'll never offer some random threat to stop watching until dude is gone. Maybe that's more visceral, more honest ... but it's a little too detached for my taste. But we can discuss the team's prospects with Reggie at the helm, and consider whether things would be better otherwise. We can have an honest debate about the issue with rushing to cannon turrets and picket lines.

Since Rick Adelman was not offered a new contract (he didn't get fired -- keep that straight), this team has -- above all else -- lacked any sort of direction or philosophy. Fifty games into Eric Musselman's lone season in Sacramento, Brad Miller told the media he did not know his role in the offense. Brad Miller, possibly the most important offensive player on the team in '06-07 and one of the most skilled centers of the modern era, had no clue where he was supposed to be or what he was supposed to do. That's on the coach. You watch your team suck for more than half a season and you still can't implement your system at the most basic level? FAIL. If Miller doesn't know what he's supposed to do, how is the team supposed to perform? Even with all the talent in the world (which the Kings have not had the luxury of since April 2004), an aimless, confused team isn't going to win.

Enter Theus. Can anyone honestly explain Theus' philosophy? Can anyone define the offensive system? Can anyone look at a single positive play from the Theus era and say, "That is Reggie Theus basketball!" (Notice I said "positive play"; I can think of a few turnovers that ably represent the past 86 games.) I consider myself a fairly plugged-in fan. I watch all the games closely, sometimes more than once. I read every word I can find about the team ... analysis, news, opinion, first-hand comment from the actors involved. I think about issues pertaining to the team's present performance and future hopes are inordinate, possibly disgusting amount of the time. And I have no clue what this team is supposed to be doing on any given play. You wonder why the idea the Kings would implement the Triangle offense this fall caused so much maniacal laughter? Look at the product. There's no method. There's no cohesive idea. There's nothing defined out there. Thirteen months after Coach Theus began implementing his style, the team is still a glorified pick-up team.

For all his faults, Adelman implemented an idea, a style, a definition. You knew the Kings in 2005, even though they sort-of sucked. You knew exactly the motive each possession. Again: he had faults; he had lost Bibby completely, he didn't hold any feet to the fire, save those belonging to Garcia and Ronnie Price, his defensive philosophy was too laissez-faire for Smith. But like Mike D'Antoni's seven seconds or Larry Brown's Right Way or Don Nelson's freak show or Stan Van Gundy's cerebral banality or Jeff Van Gundy's molasses pit, Adelman had a philosophy: ball movement, work the high post, cut cut cut.

What's the emphasis? I don't know. You don't know. I don't think Spencer Hawes or Kevin Martin know. It's quite possible Theus doesn't know. No one knows ... because there isn't one.

I made a bad joke about rudders the other day. But that's real: this team (in the physical, on-court sense) has no course. We know what the front office is doing. But it won't matter if the team has no identity on the floor. The coach's job is to implement an identity, to take a bucket of parts (some perfect, some useless, most somewhere in between) and turn it into a machine of some quality. It's one thing to have a bad machine. If you build a bicycle with square wheels and handlebars made out of poundcake, that bicycle is going to suck. But it's a bicycle. There's a chance it can get you somewhere.

This team is still going a bucket of parts, as it has been for 13 months. Sometimes, you can jump on own of the tires and it can carry you to Point B. But usually it's just disorder; the machine has to be rebuilt every possession because there isn't a thing holding it together. You get somewhere -- a win streak, an upset victory -- but it's not a repeatable act because it all happened by chance. A team with a vision knows exactly where each part goes, what each part needs to do. Win or lose, the machine stays in tact and can give it another shot. With no vision, the commencement of each attack is pure chaos. 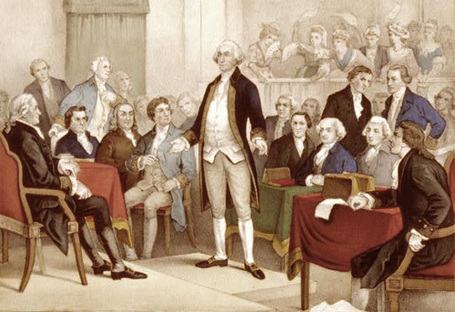 There are available coaches who bleed vision. For offense, there's Flip Saunders. For defense, there's Avery Johnson. Neither is perfect ... hell, maybe neither is good. The evidence (for Flip and for Avery) suggests both coaches are indeed quite good, but that's almost immaterial. A definition is what this team needs from the bench right now, and Theus has been unable to provide it. Someone else can make it happen.