Share All sharing options for: Jason Thompson & The Rookie/Soph Game 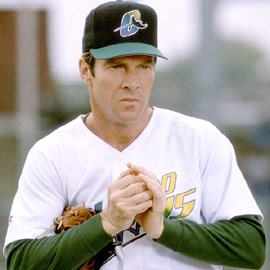 Jason Thompson is going to be invited to play in the rookie/soph game at the all star game this year. My source? Me.

After combing through the rookie stats and the hype, Thompson rests comfortably amongst the top 12 rookies in the league. The selection process for this team has always been one-part performance and two-parts hype. That is, your top few draft picks are usually invited automatically, and your top rookie performers round out the team. In this particular year, this mostly intersects, with the exceptions of Danilo Gallinari (selected 6th) and Joe Alexander (8th).

My squad has 6 guys up front and 6 guys in the backcourt. Don’t be surprised if the rookies throw a lot of 3-guard looks at the soph’s, especially with O.J. Mayo in the mix. But JT makes the grade, as I proudly present my squad:

Those missing the cut include Marreese Speights (8/4/1blk.) and George Hill (7/2/1ast.). Jerryd Bayless probably would have had a better chance if he played on a worse team, and Anthony Randolph might have had an outside chance if he didn’t play for Don Nelson. JT is the 3rd lowest selection on the list, and the lowest if you discount the Euro’s (Gasol and Fernandez). This team also has the first opportunity to play two #1’s at the same time (Oden and Rose). It will a little strange to watch Oden play for the rookies while Kevin Durant plays for the soph’s.

Next up, Spencer Hawes and the sophomores. Without having done the research, my guess is that Spencer might be able to get home to Washington over the all star break.