Share All sharing options for: Preview: Kings vs. Jazz, The Final Preseason Game

This is it folks.  The final preseason game.

The Kings (aka The Good Guys) hosting the Utah Jazz (aka The Bad Guys).  An enthralling match-up of two teams asking themselves the same question that we all have on our minds: Is the regular season here yet?

Tyreke Evans saw limited minutes last night, and it will be interesting to see what approach Coach Westphal takes tonight.  Does he let Tyreke get some burn to really tune up before the season opener, or does he get rest?  Don't be surprised by either one.  As last night showed us, Westphal is willing to throw a lot of different looks out on the floor.

If Tyreke does play significant minutes, the other question is whether or not Deron Williams plays significant minutes.  If so, it will be another good test of how ready Evans is.  Realistically, we shouldn’t expect Evans to prevail in this match-up, but after his performance against Steve Nash the other night, we can hope that he holds his own against an Olympic Gold Medalist.  Honestly, I just wrote that sentence, and I can’t imagine how it is real.  We can have honest hope that our rookie guard will hol

d his own against Deron Williams?  Yeah, that’s where this is at. 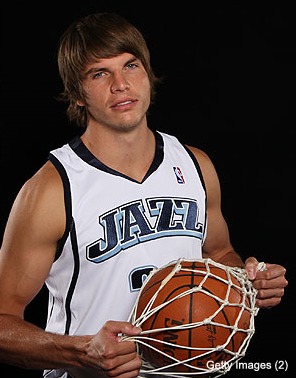 In an only-slightly-related note, I had a dream last night where Beno Udrih went on a murderous shooting rampage.  I'm hoping this is a premonition that he's going to find within himself a killer instinct, and shoot lights-out this season.  Yes, I regularly have dream that include Kings players.  No, I don't think it's healthy either.