Share All sharing options for: Rack 'em! Prognosticating Wins & Losses For Your 2009-10 Sacramento Kings - A Futility Exercise In Seven Parts 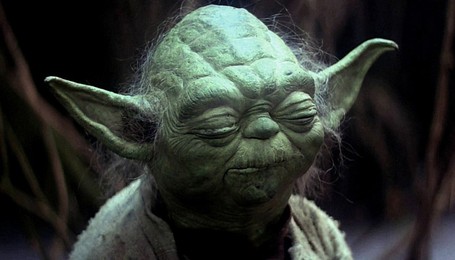 Pete Carill (pictured above) has no comment when asked about his thoughts on the Sacramento Kings won-loss record for 2009-10.

My dad used to say, "If you’re going to be a bear, be a grizzly." He used to also say "I just hid 75 cents in the fast lane on Madison Avenue – find it and it’s yours," but that’s another story for another time.

So while it would be easy to spit out a win number for your 2009-10 Sacramento Kings, I find it much more fulfilling (and blog filling) to break down the schedule by month and present you with a bona fide crock of crapola. So, without further adieu –

October – The Kings open with three on the road, providing home opener fodder for Oklahoma City and New Orleans. This is a great improvement over the past couple of years, when they were home opening meat for as many as four teams in the same year. I’m going all in on opening night – the Kings will beat OKC 117-112, thus posting their first winning record since November 8, 2006. This will cause small rioting in the streets of Sacramento – Smart Cars will be tipped over and Arden Fair mall cops will be called in to squelch crazies. The Kings will follow this up with back-to-back losses to the Hornets and Spurs, and they will end October 1-2, on a pace to go 24-58.

November – With 9 of their 13 games at home, the Kings win a few games and open a few eyes. They drop 3 of the 4 road games (to Utah, Dallas and Houston, but they beat Memphis), but the full house helps them win their first two home games versus the Grizzlies and the Hawks. The Kings add another 5 wins against your choice of these seven visiting clubs: Dubs, Thunder, Rockets, Bulls, Knicks, Nets and Hornets. Amazingly, the Kings end November with a record of 9-7. The Kings are officially anointed the "surprise of the season" by the same experts that had them locked in the cellar. Paul Westphal is hailed as a genius (Grant Napear has already declared him coach of the year).

January – This turns out to be another rough month, as a couple of the rookies begin to hit the wall. The schedule has 5 Friday/Saturday back-to backs in January, including three that entail playing on the road Friday (LA, Oakland, Utah) before returning home for Saturday’s game. The Kings manage a 2-7 road record for the month, beating Charlotte and upending the Dubs on a night where Stephen Jackson sits out suspended and Anthony Randolph and Nellie both get tossed out of the game (this is also win #17, matching last season’s total). The Kings do manage home wins against the Mavs, Bobcats and Suns, but they give a win away to the Warriors, they have no answer for Dwight Howard, and Chauncey Billups buries a circus shot at the buzzer with Tyreke Evans draped all over him to deliver a loss at the hands of the Nuggets. Another 5-10 month, 19-27 for the season.

February – The tired young team limps into the all-star break by losing 5 of the first 6 games of the month (at Denver, home vs. the Spurs & Suns, at Toronto and at Detroit – they do steal a win at the Knicks). After the break, they give it everything they’ve got but lose a heartbreaker at home to Boston (on a pair of Rasheed Wallace free throws, no less), then fall flat the following night in Oakland. They do manage home wins against the Clippers and Pistons, and they beat Utah at home thanks to a gift call by Dick Bavetta. 4-9 for the month, 23-36 for the season.

April – 5 of 6 at home, but most of the teams are jockeying for important playoff positions. The Kings play hard (as they have all season), but lose close games at home to the Blazers and Spurs. They have a terrible shooting night in dropping a home game to the Clips, but they do beat the Rockets on fan appreciation night after dropping a game to Dallas. They finish at the L*kers, where Phil Jackson rests his starters but the Kings still lose. A disappointing 1-5 run to end the season, but a somewhat surprising 31-51 record for the season, a 14 game improvement. The Kings finish tied for the 7th worst record in the league with the Thunder (we go on lose the coin flip for lottery positioning, by the way).

Let the dissecting begin. Now if you’ll excuse me, I have a date with Madison Avenue.