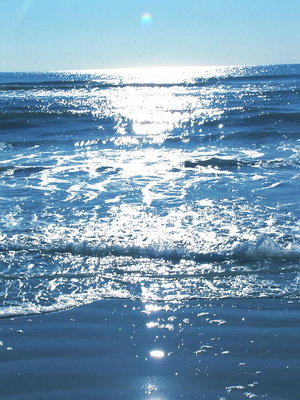 Photographic proof that Kevin Martin and Jason Thompson could not throw a ball into the ocean last night.

Disclosure #2 – I have not had the opportunity to study all of the subtle nuances that usually shape the outcome of a game.

But I did cull this subtle little nugget – Kevin Martin and Jason Thompson took the most shots for the Kings last night (29 and 16, respectively) and missed 29 of their 45 shots, for a shooting percentage of 29%. Had they combined to shoot 36% from the floor (3 more made shots) the Kings may very well have won the game. Oh, and that was 45 shots with 1 trip to the free throw line (a make by JT). 5 of their misses came via blocked shots.

Silver lining to the shooting fiasco turned in by K-Thomps? They did combine to grab 19 boards (JT 12, Martin 7), and dish out 9 assists (JT 6, Martin 3) while committing only 1 turnover (Martin). This is huge. These two guys, mired in a terrible shooting night, did not stop playing, and did not let it affect the other aspects of their game. This is a team that is going to need to track the small victories if not the actual victories all season long, and I would call this one of those victories.

I did see enough of the game to notice that Jon Brockman is indeed a rebounding machine, though at the free throw line he makes Justin Williams (or Michael Smith if you prefer) look like Jose Calderon (or Calvin Murphy if you prefer).

Even after factoring in the free throw attempts disparity (32-20, Hornets), the Kings still generated 17 more shot attempts than New Orleans, the result of being +9 on rebounding (and +11 on the offensive glass), and turning the ball over only 10 times (to the Hornets’ 11). 52 rebounds and 10 turnovers would qualify as small victories #2 and #3.

A word on +/- - Admittedly, this is my least favorite stat, as I think that there are many factors that can skew this number. Last night Kevin Martin was a +1 while Tyreke Evans was a -10. ‘Nuff said.

Oh, about that Evans kid – pretty nice showing against one of the league’s premier players. 22 points on 65% true shooting. 3 assists against 3 turnovers and a couple of steals. Let’s call Tyreke’s performance small victory #4, in spite of CP3’s 31 points (and 15 trips to the free throw line).

Again, I did not really have the opportunity to review the game, so as we go to the thread I ask my StR brethren for enlightenment. The portion of the game that I did see appeared that it was played at a much more deliberate pace than the OKC game, and the team seemed to play better overall. Is this young Sacramento Kings team going to play better (at least early on) when the pace is slower? I mean, would a slower pace result in fewer turnovers and less foul trouble? Small sample size, I know, but if you all could help a brother out and chime in here, I sure would appreciate it.