Share All sharing options for: Preview: Kings at Mavericks

Sorry y'all, can't watch the game tonight. Something more serious weighing on my mind right now. 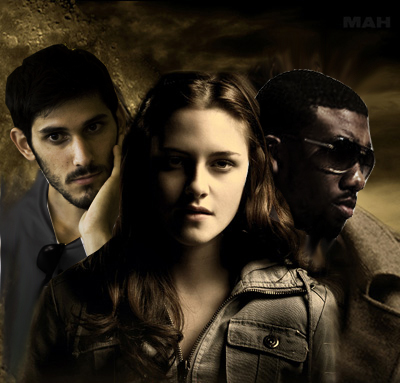 For all the bouquets Phoenix (10-3) has been bestowed with, Dallas (9-3) has been just as surprisingly good. Don't forget that Josh Howard has (basically) missed the whole shebang, that Shawn Marion missed the team's win over the Spurs Wednesday and has generally had to work out his role in this odd rotation, and that Jason Kidd is older than Edward Cullen. (I can do this all day! All. Day.) Don't shirk the impact of Drew Gooden either -- he's missed a couple games, but had a big night against San Antonio.

Dallas has only one home loss so far, an opening night(mare) against the Wizards. Since then, the Mavs have beat the Jazz, Raptors, Rockets and Spurs in Dallas. The two road losses have come in New Orleans and San Antonio.

Dirk Nowitzki is not of this planet. It's no use asking how the Kings will defend him, because no one in the league can defend him. Except for Udonis Haslem, and mid-career Peja Stojakovic. I don't even know who you put on Dirk if you're the Kings. Everyone is too small or too green.

Donte Greene, step right up. Here is the most skilled 7-footer in NBA history. Enjoy.

Tyreke Evans vs. Rodrigue Beaubois. Beaubois, the Guadeloupe product, is incredibly athletic. As it turns out, he can shoot too. Who knew?! Evans might have his hands full, assuming he guards Beaubois and not Kidd. We haven't really seen Evans defend off-ball energy guards much -- he's usually locked in on a primary ball-handler, something Beaubois is not (right now). At the other end, while Evans has a length advantage and I assume a strength advantage, Beaubois is agile and spirited, a combination which usually makes for solid defense. We'll see.

Now that the Kings have 10 games under their collective belt (that's a big belt!), we can use current point margins to predict how the game will shake down. By raw points differential, Dallas is a +7.7 and Sacramento is a -1.8 per game. The home team gets three points. Therefore, points differential would predict a ... 12.5-point win for Dallas.

Basketball-Reference adjusts points differential for strength of schedule, and calls it Simple Rating System. The Kings have actually had the league's 10th toughest schedule so far, and as such the team's SRS is -1.17. The Mavs have an SRS of +5.89. Again using three points for home court advatange, SRS would predict a ... 10.06-point win for Dallas.

I was writing some Bella Swan/Ron Weasley/Kathy Ireland love triangle fanfic last night when an algorithm for predicting basketball games came to me. I call it Sexy Systemic Rating System. The formula is too complicated for publication in full on a mere blog, but here's the idea:

According to SSRS and using three points for home court advantage, the result will be a ... 999,987.5-point win for Sacramento. Yay!

Spencer Hawes will collect 17 rebounds. Not a single one more!