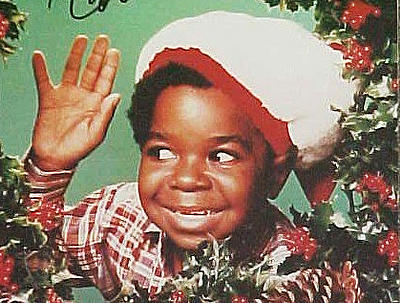 What you talking about, Willis Reed?

Twas the night before Christmas, and all through the site

Not a threader was stirring, there was nary a fight.

The stockings were hung by the chimney with care,

Including an old one from Terry DeHere.

The bloggers were nestled all snug in their beds,

While visions of big men danced through their heads.

And Petrie and Levien reviewing the cap,

To see if someone might take on our crap.

When out of on the lawn there arose such a clatter,

I sprang from my bed to see if Sean May had grown fatter.

Away to the window I flew like a flash,

The moon on the breast of the new-fallen snow,

Gave the objects it brightened an Evans-ly glow.

When, what to my wondering eyes should appear,

But two NBA owners with $1 beer.

With an little old driver, so learned and small,

It must be our Coachie next to one Paul Westphal.

More rapid than a hoop-driving Martin they came,

And Westphal whistled, and shouted, and called them by name!

On Beno! On Andres! And what about Omri?"

But Omri’s not here, to where did he flew?

He’s with Chanukah Harry, delivering toys to the Jews.

As dry leaves that before the wild hurricane fly,

And lottery balls that once made us cry.

So up to the house-top the coursers set sail,

Aided by Brock’s elbows, from which they did flail.

And then, in a twinkling, I heard on the roof,

The prancing and pawing of Donté, that goof!

As I drew in my head, wondering were I insane,

He was dressed all in fur, and adorned with treasure,

I swore that he was the great Walt Frazier.

A bundle of toys he had flung on his back,

And he assured me the Kings were on the right track.

His eyes – how they twinkled! He was kind of like Jerry.

His nose was like fruit – not Peaches, but cherry.

His droll little mouth was drawn like a bow,

And he promised the Kings would no longer blow.

The pipe in his mouth making regular turns,

Makes no sense, but rhymes with Evers Burns.

He had a broad face, and he was quite the joker

He no way resembled Ime Udoker.

He was chubby and plump, a right jolly old elf,

Then I realized it a reflection, I was staring at myself.

A wink of his eyes and a twist of his head,

And the days of lifeless basketball was forever dead.

He spoke not a word, but went straight to work,

Except when he muttered, "Napear’s a jerk!’

A laying a finger aside of his nose,

He declared "Tyreke Evans will be greater than Rose!"

He sprang to his sleigh, and whistled his team,

And Spencer and JT instinctively screamed.

But I heard them exclaim, as he drove out of sight,

"Happy Christmas Kings fans, and to all a good-night!"