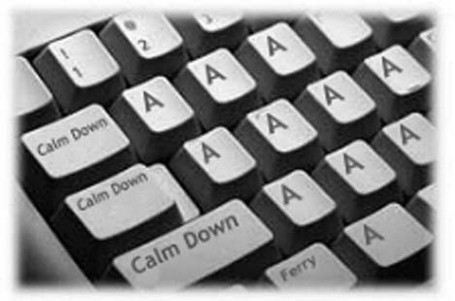 It’s debunking time! As the hyperbole continues to run rampant across our land in regards to the dearth of talent in this year’s NBA draft, our local idiot hero attempts to bring hope and sanity back to his fair city.

Debunk #2:  Someone other than Blake Griffin may go #1.  I suppose this could happen – it’s still almost four months until the draft. But unlike last year, where some liked Beasley and some liked Derrick Rose, the unanimous consensus amongst the “experts” this year is Griffin. There is no one predicting that Harden, Thabeet, Rubio, or anyone else will go #1. Needs, shmeeds. The team that winds up with the #1 team drafts Blake Griffin or they trade the pick to a team that drafts Blake Griffin.

Debunk #3:  This is a very weak draft.  Let’s look at the top ten picks from last year and compare them to a top ten list from this year based on 20 current mock drafts:

Rose and Beasley were labeled as can’t miss prospects (though Rose needed a better shot and Beasley was too small to be a PF and perhaps not quick enough to be a SF), Mayo and Westbrook had great potential but were seen as ‘tweeners, Love was supposedly a little un-athletic, Gallinari was a mystery, Gordon was a little small for a two guard, Alexander needed a consistent jumps shot, Augustin was small, Lopez was slow and earth bound.

The truth is, eight of these ten picks have been somewhat to very productive. This year’s crop could prove to be the same. At this moment, the Kings could still pick as low as seven (if everything went wrong). That could still give them the opportunity to look at a Brandon Jennings or a Jeff Teague. That doesn’t fix this team, but can you say beyond a reasonable doubt that Jennings or Teague couldn’t be someday be better than fellow #7 pick Jason Williams?

Debunk #3A:  This draft also lacks depth.  In assembling the averages from these 20 mocks, the averages produced 38 players that would be selected before Tyler Hansbrough. That may or may not happen, but let’s list  the 11 players that surround the #24 pick (the current location of our pick from Houston:  Gani Lawal, Chase Budinger, Patrick Patterson, Ty Lawson, Evan Turner, Craig Brackins, Kyle Singler, Eric Maynor, DeJuan Blair, Austin Daye, DaJuan Summers. There may not be any all stars there, but there are definitely guys with enough talent to stick and contribute to an NBA club. Let’s throw out another few names that chart out to be available at the start of the 2nd round: Patrick Mills, Damion James, James Johnson, Darren Collison…and the list goes on. Again, no franchise turning talent. But you could land a legitimate bench player for cheap.

The fact of the matter is that this draft may lack star power, but it does not lack talent. This draft could very well yield three roster players for the Kings.

And some of the usual crapola from yours truly.  I always throw in the qualifier as it pertains to mock drafts that “nobody knows nothing,” and that numbers compiled from such are a very loose guide and not a rule. That said, my research shows that there are only three players that are unanimous top 5 picks: Griffin (unanimous #1), Harden and Thabeet.  Rubio and Monroe are unanimous top 10 picks (on those mocks that list Rubio). Brandon Jennings goes somewhere between 2 and 15, Gerald Henderson between 8 and 27. For a lot of these players, there is a wide path of opinion. And that has led to a bit of a phenomenon – the perceived need to dog one player out in order to promote another. It is as though you have to choose Rubio or Jennings – you are not allowed to like both. Thabeet either has to be Mutombo or Saer Sene – he can’t fall somewhere in between. Monroe is either pre-injury C-Webb or post-injury C-Webb.

I guess what I’m trying to say is, don’t pass judgment too early on these guys. We all would have selected Joe Alexander over Jason (who?) Thompson on draft day 2008 had we been given a choice, and we were all secretly (or not so secretly) relieved when New Jersey took Lopez off the board before we picked. The guy that you dog out today could be holding up a Kings jersey come June, so tread reasonably.

And 1 – As you begin (or continue) to follow these players, recognize them for what they are and not what we need them to be. For example, Griffin might bring low post scoring and perhaps even rebounding, but he probably is not the interior defensive presence that we also need. That’s does not mean that we should not select him. Thabeet might bring some interior defense, but he is going to be an offensive liability, at least in the short term. But if he is the best player on the board when it is our turn to pick, grab him. This is all part of a building process. The Kings need talent…everywhere! We need to take the best player, and then sort out the needs later. Needs change, but talent is talent. And we need talent. Talent, talent, talent.