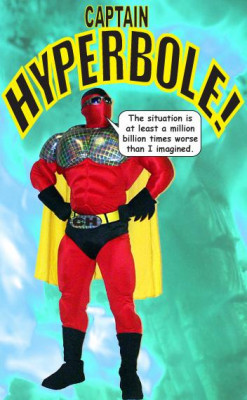 Kevin Martin sucks. You know it. I know it. We all know it. He s-u-c-k-s. We know this to be true because the Kings suck, so every player on the Kings sucks (except for Jason Thompson, who gets a sponsor’s exemption). We know this to be true because it has been posted here, by various threaders. It’s true. Kevin Martin sucks like a Dyson, sucks like chest wound, sucks like the first woman that you thought you fell in love with.

OK, let’s calm ourselves a moment. A guy that is that efficient on the offensive end can’t suck, especially when he is still a relative bargain when compared to other NBA scorers (Michael Redd, Vince Carter, Jason Terry, hello). A guy that would be welcome as a starting two guard or 6th man for roughly every team in the NBA can’t suck.

Kevin Martin’s affiliation with suckitude can be attributed to a few things. To begin with, he currently ranks 24th or 25th in rebounds, assists and steals for a two guard. Now that does suck. And the ankle injury probably plays a role there, as does the cement-handed-can’t-throw-it-in-the-ocean tendencies of some of his teammates. One more assist a game and Martin would be a respectable 12th in assists for two guards. Painful though it may be, keep track one night of how many times Martin hits a wide open cutter or a finds a teammate on the wing, only to have the guy fumble it away or clank the shot. Pitfalls of playing for a bad team, although you would think that this same malaise would benefit his rebounding numbers. Whatever the reason, there has been no growth (and even a little back sliding) in these areas, and that is disappointing, to say the least. And the turnover thing ain't helpin', either.

Next, our expectations. Kevin was going to become a leader this year, and an all star snub in the making. Hasn’t worked out that way, meaning that many of us (hello, section!) were wrong. Gee, that sucks.

Finally, there is the hyperbole, the need for one to overstate to get their point across. Whether you are Bill O’Reilly on the right or Keith Olbermann on the left, it seems imperative these days to go off the deep end one way or the other to make your case. So it is impossible to say things like, “I wish Kevin would rebound a little more,” or “he is going to need to become a better baseline to baseline player if he is going to take his game to the next level.” Why settle for that, when you can say things like “He sucks” and “He’s got no heart.”

Some day (2009? 2010? 2011?), the Kings will be better. Kevin Martin will most likely be leading that charge or riding shotgun, and he will be better, too. Some will attribute his “resurgence” to the “tough love” that they heaped upon him in during the 2008-09 season. I will attribute it to his being surrounded by more talent, which will enable him to further develop, enhance and showcase his game. And then we can put all of this ugliness behind us and once again focus on what really sucks – how tough it is to get out of ARCO Arena on yet another sold out night.

(Completely unrelated and a little self serving but nonetheless - Pops 214 would have been 87 today. Tippin' a bock beer for you, dad. Happy Birthday. Now, do you think you could throw us a freakin' bone down here come ping pong ball time?)