Share All sharing options for: 101 Degrees Of Draft Musings 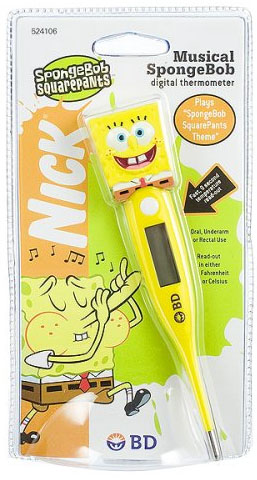 Rectum? Hell, it killed him!

I’m home, sick on a rainy Tuesday. I think that it’s a chest cold, while Mrs. Section214 keeps throwing pleurisy at me (is it Lupus, Doc? Is it Lupus?!?). This would normally be the time that I would break out my first fly over of the upcoming draft. But, seeing as how nbrans has already pontificated on the top players (and whether you agree with his assessments or not, he did a damn fine job), I am now left to sweep up after the elephants.

As I had stated in an earlier piece, I do not believe that this is a weak draft as much as it is one lacking in star quality. As I gaze upon the players that the Kings could secure with their lottery pick, the Houston pick (24th at the moment) and their 2nd round pick (31st right now), I envision a highly entertaining/frustrating/exciting/maddening team for next year. Think about it. If the Kings do not pull off a draft day or preseason deal, they will go into next season with Spencer Hawes, Jason Thompson, Donté Greene, Andres Nocioni and Francisco Garcia up front, with Kevin Martin and Beno Udrih at the guards (along with Garcia). Maybe you throw in McCants if he can be had at the right price. Rashad McCants, priced right, head on straight, doing the Bobby Jackson thing off the bench. Me could likey. (Note – for those of you that are about to chime in, “Hey, you forgot about Kenny Thomas,” no, I didn’t.) Now, add to that three rookies that will be asked to contribute to varying degrees.

So, let’s start with the notion that with our first pick, we get one of the following players: Blake Griffin, James Harden, Hasheem Thabeet, Ricky Rubio, Greg Monroe, Jordan Hill, Brandon Jennnings or Jeff Teague. That covers us as low as the 7th pick, even if Rubio doesn’t declare.

All of the above mentioned guys will most likely be gone before the 24th pick, along with Al-Farouq Aminu, Stephen Curry, Jrue Holiday, Earl Clark, Cole Aldrich, B.J. Mullens, Willie Warren and Gerald Henderson. It’s probably safe to say that these guys are either selected, or they will have chosen to return to school based on feedback telling them that they probably won’t be drafted in the top 20.

That’s 16 players off the board. For the sake of time, space, and the fact that no one around here wants to talk about wing players, let’s just toss the following guys into the category of “let’s hope that the other teams choose them so that the C/PF’s and PG’s will drop to us: Chase Budinger, Austin Daye, Demar DeRoza, Tyreke Evans, Damion James, James Johnson, Kyle Singler, Tyler Smith, DaJuan Summers, Evan Turner, Tyler Smith, Sam Young, and Terrence Williams.

Any way you slice it, at least some of the following players should be available by the time we pick at 24 and 31 (listed by position and then alphabetically, not in order of personal preference):

Jerome Jordan, C, Tulsa  At 7’0” and 235 lbs., Jordan is really the only center that will be latter half of the 1st round, unless Vanderbilt’s A.J. Ogilvy moves up a little. Jordan is averaging 14pt./9reb/3blk. for Tulsa. Some have compared him to DeAndre Jordan, but DJ was a freshman last year, while JJ is a junior. Perhaps the poor broke man’s Tyson Chandler at best, Duane Causwell at worst.

DeJuan Blair, PF, Pittsburgh  It’s been well chronicled around StR what this 6’7”, 265 lb. beast did to Thabeet the last time Pitt and Connecticut met. Blair was the bowling ball and Thabeet was the pin. In spite of being only 6’7”, Blair is averaging almost 13 boards per game, and adding 16 pts. on 60% shooting. I think that DeJuan Blair is what would have happened if LaSalle Thompson and Corliss Williamson had a baby. He could either wind up being a nice scoring punch off the bench, or he could travel the road of Reggie Evans, Danny Fortson and Eduardo Najera (Shelden Williams may also inhabit this same road before long).

Craig Brackins, PF, Iowa State Brackins is averaging 20 and 9, and at 6’10” and 230 lbs. he has a good NBA frame. My concern is that he has a penchant for playing away from the basket. I watch his game and I see nothing that will help the Kings interior defense. That said, GP likes guys that can shoot, and Brackins can shoot. Channing Frye? Frye? Frye?

Tyler Hansbrough, PF, North Carolina  6’9”, 230 lbs., tireless worker, last year’s collegiate player of the year, hustle and heart player, blocks fewer shots than Muggsy Bogues, yada, yada, yada. He’s the kind of guy that every NBA team could use, but you don’t want to have to spend a draft pick on him.

Gani Lawal, PF, Georgia Tech  I’m not sure that Lawal is coming out, but if he has a good tournament I’m betting that he declares. At 6’8” and 233 lbs., he’s a tad small for the NBA power forward position.  He reminds me a little of Brandon Bass, though Bass is a much, much, much better shooter.

Patrick Patterson, PF, Kentucky  I said that Lawal reminded me of Brandon Bass? Patterson is Brandon Bass. Short for a PF at 6’8” and weighing in at 223 lbs., the sophomore does possess a pretty good wingspan and is a fairly active player.

Has anyone noticed that the average height of the PF’s listed is a little under 6’9”? Blake Griffin suddenly seems taller to me.

Darren Collison, PG, UCLA  Here’s another guy that at one time was a lottery projection, and he just keeps sliding down the ladder. 6’1”, 165 lbs., so he’s a little on the slight side. But check this out – he’s shooting 58%/42%/92% from 2/3/line, and he has a 2.5–1 assist to turnover ratio, and he averages almost 2 steals per game. Lightning quick, he could be a real nice change of pace PG off the bench, maybe more.  Russell Westbrook stole Collison’s thunder last year (deservedly so), and Jrue Holiday is getting a lot of that love this year. But I think that Collison could help a team. The Tyus Edney comparison is probably too easy, but hey, I like easy.

Ty Lawson, PG, North Carolina  Lawson was well chronicled here last year, when he was waffling back and forth before finally deciding to return to school. The “experts” currently have him going anywhere from 11th to 27th in this draft, so the NCAA tourney will probably be critical for him. 6’0”, 195 lbs., roughly as quick as Collison, better than a 3-1 assist to turnover average. For the right team, Lawson could be a big contributor in the NBA. I would be surprised to see him drop to the Kings. I would not be surprised to see him vault into the late lottery.

Eric Maynor, PG, VCU  6’2”,…165 lbs.? Son, put some meat on those bones! I like this kid, but I am not yet in loooooove with him. He turns the ball over a bit, is not a consistent deep shooter, and I’m not sure that he’s that great of a finisher. But he’s a gamer.  A lot of people like to compare him to Sam Cassell, so if he’s bringing a giant pair of balls with him, grab him (but not by the balls).

Patrick Mills, PG, Saint Mary’s  I threw Mills in here because he is becoming a little bit of a local favorite. But the 6’0”, 175 lb. sophomore hurt his shooting wrist about a month ago, and I just don’t think that he will have his game developed to the point where he will declare for the draft this year. I could be wrong, of course. Mills could dazzle at some pre-draft camps and in personal workouts. But my gut tells me that he will return to school for his junior year.

OK, thread time. Who do you like? Who, not so much? Between nbrans and me, who did we miss? What wing players are you just dying to talk about, at the risk of having your fellow StR brethren bellow, “Not another effing wing player!!!”