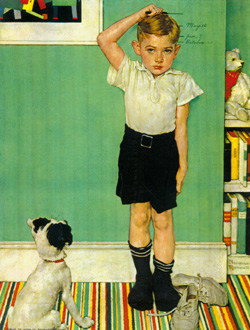 When you get old and crabby like me (and you will get old and crabby like me), it does not take much to send you off on a tangent. Whether it’s those damn neighbor kids on my front lawn, Taco Bell shorting me a value menu taco (You’re dead to me, Taco Bell), or the fact that the TV commercials play 50% louder than the show that I’m watching (and heaven help everyone if it is a Taco Bell ad), I am an exposed nerve just waiting to be touched. Such is the life of a Sacramento Kings fan, 2009.

I’ve seen a lot of comments lately regarding Blake Griffin’s true height, and how that should impact how the Kings pick. If he is indeed 6’10” we should grab him and not look back. 6’9”? Less appealing – maybe we should give that Rubio kid a look. 6’8”? We should trade down (after all, we’ll be the only ones that will read the measurement data, so it would have no impact on the value of the pick, right?).

This is not to say that I am sold on Griffin over Rubio at this point. It is only to say that I’m not hung up on this whole height thing. I am much more concerned with Griffin’s free throw percentage than his height. And as I have mentioned before, I would like to see Griffin shoot one time with his left hand before the Carlos Boozer comparisons continue. Of course, Griffin’s shortcomings are no more glaring than the dearth of foreign talent that has graced the lottery over the past few years (I just posted in a thread that the last 10 foreign players to go in the lottery were Gallinari, Bargnani, Sene, Sefolosha, Vazquez, Korolev, Biedrins, Milicic and Pietrus – Mamma Mia!).

While pre-draft measurement data is rather incomplete (not everyone gets invited to the big yardstick), there are some interesting names that crop up below 6’10”, 6’9” and 6’8” (these measurements are without shoes, because it makes this all the sillier). Like, who? Like –

Below 6’8” (which makes them too short for some rides at Six Flags, I think) – Kevin Love, David Lee, Carlos Boozer, Antawn Jamison, Josh Smith, Udonis Haslem. No wonder their shorts look so big on these guys – they’re shrimps!

Now I’m not so daft as to think that height doesn’t matter. We haven’t used that punch bowl on the top kitchen shelf since we moved in for a reason. But height is not the absolute measure of an NBA prospect. It is a contributing factor, just like wingspan or a player’s ability to hit his head on the backboard.

I could go on, but my daughter is in the other room texting her boyfriend, and the clicking of her telephone keyboard is really pissing me off. I’m putting a stop to this right now. No good kids.