Share All sharing options for: Draft Boarding: A Viable Tool For Gaining Intelligence, Or Inhumane Torture? 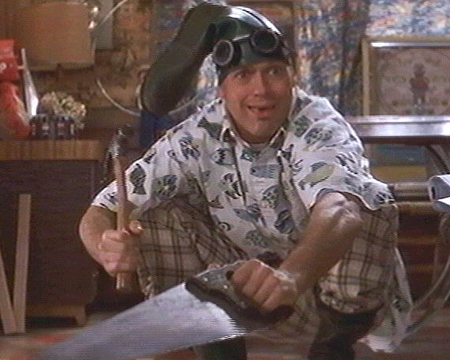 section214 builds his draft board. Not shown: ouija board, darts, ritalin.

When a noted sage such as Jerry Reynolds says that mock drafts are a waste of time, well sir, that’s good enough for me.   As the days and weeks and months and years of time march on, Jerry Reynolds is a consistent source of good information, good humor, and good will.  Reynolds has commented on more than one occasion that most mocks are put together with little first-hand information, spit, nails, wire, and blind-arse guesses (paraphrasing here – Jerry would never use the word “arse” publicly). Not only that, a lot of the information that is available is actually misinformation, driven by unscrupulous NBA franchises and their minions. In short, mock drafts are not worth the paper that they are printed upon.

As usual, I agree with Jerry 100%. Of course, this has not kept me from manufacturing mock drafts in the past. And as hard as I have tried, my lists have fallen neatly within Mr. Reynolds’ opinions as it pertains to mock drafts – they are dreck (ask your Yiddish-speaking friends for translation).

My biggest problem with mock drafts is every time you’re wrong, you’re wrong twice. If you take Michael Beasley #1 and the Bulls take Derrick Rose, you’re also going to be wrong having Rose going to the Heat #2. And a Jason Thompson can throw the whole thing out of whack.

So for this year, I have compiled a draft board that puts these guys in draft ranges. I figure that Blake Griffin goes in the top two picks, so I give him a range of 1-2. Brilliant! I’m covered, even if Ricky Rubio claims the #1 slot. Section, you magnificent bastard!

Now I am certain that I have missed several players that could be deserving of this list, but it’s my list, so there. You gotta problem, go make your own list. And this list is not to run in conflict with the StR draft board. The StR draft board is based on what we want and think. My board is based on a lot of game film and literature and alcohol-fueled conjecture. It really has no Kings bias to it.

Once you begin to dig into the list (if I have not lost you already), you will see that I have 8 players that I think are locks for the lottery – all of the players listed from through Demar DeRozan. I’ve got 14 more guys that could potentially go in the lottery (Stephen Curry through Wayne Ellington), although 8 of them ultimately will fall outside of the top 14 picks, and some of them could fall as far as the end of the 1st round.

Last but not least, while I do have these guys in a numerical order, it is in no way a mock draft. I am not marrying any player to any team, and any player could jump over another player within their bisecting range areas. It's really a whole lotta nothing, which makes it either a Seinfeld episode or a signature section214 piece.

Anyhoo, it’s a list. And a list is always worth picking apart. Have at it, and be merciless with your thread commentary. It’s the only way to convey to me that you truly care.