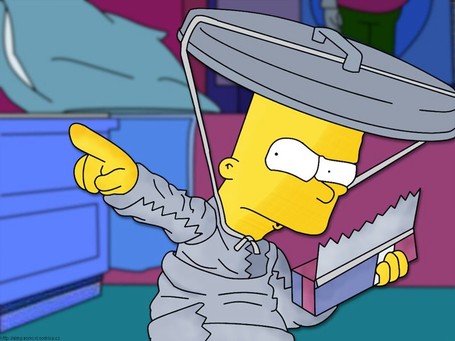 OK, you little ragamuffins. This thread is for you. All of you Oliver Stone-loving rocket scientists. All of you Zapruder film devotees. Yes, you may be paranoid, but that doesn’t mean that they’re not out to get you.

Since this is your thread, I will not point out that the last ten teams to secure the #1 pick are LA (Clippers), Chicago, Portland, Toronto, Milwaukee, Orlando, Cleveland, Houston, Washington and New Jersey. This list does not exactly support the theory that the lottery is rigged to help the major market teams, especially when teams like the Knicks and Celtics were in some of these drafts.

I also won’t mention that blue-chippers like LeBron James and Dwight Howard wound up in mid-markets. The year James came out, Detroit, Chicago and New York were all in the lottery.  When Howard came out, the Bulls and 76ers were in the lottery. And Boston getting hosed in a year that Oden and Durant came out? Puh-lease. So we’ll just keep that this our little secret. Facts suck, anyway.

The three teams that vaulted the Kings to the #1 pick had the same number of wins (combined) as the Cleveland Cavaliers, averaging 22 wins each. They included the Clips (generally regarded as the worst franchise historically in the NBA, if not all of major sports), and Memphis and Oklahoma City (two NBA outposts that actually make Sacramento look like a big city). I can’t figure out what David Stern is up to here, but I know that you can.

I would spend some time telling you that sometimes a duck is just a duck, and sometimes bad luck is just bad luck. And the Kings have certainly had more than their fair share. I would point out that the NBA has no reason to keep the Kings down. I would mention that Cubs fans could tell you something about bad luck, but I’m sure that their failure to win a world series in the past-damn-near-100-years is Stern’s fault to, and I can’t wait for you to tell us how and why.

So for all your stew, this thread’s for you. Have at it. And please be sure to focus on the following tried and true points:

-       Over blow the fact that we received the pick that we had the greatest odds of receiving, completely ignoring that this is the same (at least slightly) flawed system that has been in place for years 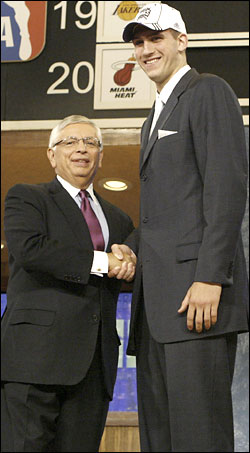 "Smile, kid, and your parents make it home safely. Capeesh?"