Sitting in the drive-thru this evening, I popped over to KHTK. Grant Napear was interviewing Donté Greene. Apparently, Donté and some friends were on the river yesterday like so many Sacramentans. One of Donté's friends fell in the drink ... and panicked. She couldn't swim.

If you know Doratio Kane, you know what happened next. 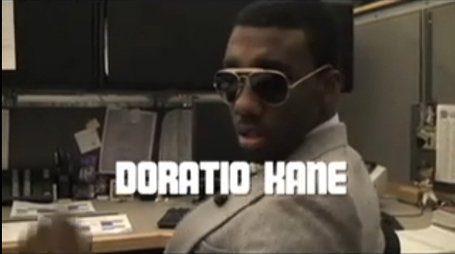 Donté jumped in the river and saved his friend. The current was so strong, Napear reported, that Donté and his friend climbed aboard another boat, which happened to be piloted by a friend of Napear's. The Friend of Peaches, duly impressed, passed on the story, and Sportsline had Greene on for a second.

Doratio isn't making a big deal of it -- that's not his style -- but he did mention it in a tweet after his interview.

So I was at the river yesterday and a friend of mine fell in da water and she can't swim. So I jumped in and saved her.

You're the man, Doratio. (And big ups to anyone else out there who saved a life this weekend.)