Share All sharing options for: Hey, I have an original idea...how 'bout a poll?!? 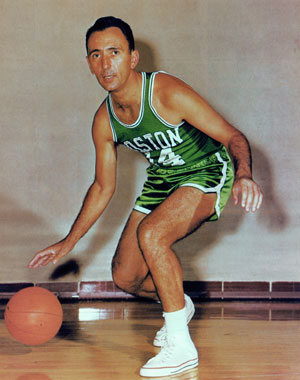 Too slow, too flashy, and not enough game film on him.

I’ve been agonizing over this for at least the past fifteen minutes. On the one hand, I don’t want to burden you with another poll. On the other hand, your burdens really don’t keep me up at night. As Harold Pressley once said, "Dick Motta killed my career!" Actually, Harold has said that about 1,000 times and it is really not germane to this post, but it beats anything else that I could think of at the moment.

A couple of weeks ago, Ricky Rubio and Blake Griffin were 1a and 1b on our draft board. The chasm between these two guys and the rest of the pack rivaled the hole in the Kings’ defense. In a word, gaping. In eleven words, I still cannot believe how much our defense sucked last year. But I digress.

As I mentioned in my epic and critically acclaimed post from last Thursday (well, my mommy liked it), the gap has seemingly widened around here as it pertains to Griffin vs. Rubio, and the gap has narrowed as it pertains to Rubio vs. everyone not named Hasheem Thabeet or Jordan Hill. This is perhaps due to us getting more information on guys like Tyreke Evans, Brandon Jennings, Jrue Holiday, Johnny Flynn, and others, coupled with the lack of new information that we have received on Rubio. Throw in the fact that it is still not 100% clear that he will be available to play this year, and you have a situation that would have any blogger suffering from writer’s block hollering "re-rack!"

So, let’s pretend that the first three guys to go on draft night are Griffin, Thabeet and James Harden. Substitute Hill or Demar DeRozan for Thabeet and/or Harden if you like – it’s not like we’re running a dictatorship or anything around here. Just don’t disagree with us, capeesh? Where was I? I was pretending something…Mrs. Section214 doesn’t have her "lariat of truth," so that’s not it…oh yeah, the draft!

OK, it’s our turn to pick, and Geoff Petrie is looking at the remaining swing men. But the brothers Maloof have concerns over the growing throng of pitchfork wielding and torch bearing maniacs in the ARCO parking lot. The chant "POINT GUARD OR DIE HARD" is growing louder and louder. A lock of Beno Udrih’s hair has been delivered to the war room, with an attached note that reads, "Draft a point guard or you’ll never see Beno again have to sit there and watch Beno run this team for another year, at least until he gets hurt again." Horrified, the Kings’ brain trust agrees to draft a point guard.

Rubio is there for the taking. The same Rubio that we wanted as badly as Blake Griffin barely a month ago. GP is ready to pull the trigger, but he decides to consult his one true source for all of the important decisions that he makes for the Kings and his personal life – Sactown Royalty. It is our collective voice that will make this pick, and it is this poll from which that voice will be heard (hmm, I seem to have overcome those self esteem issues that plagued me as a child).

Have at it, StR. Gavin, Joe, Geoff, Paul and the rest await your decision. The future of the Kings franchise is upon your shoulders. Use your cunning as your guide, your knowledge as your beacon. And if all else fails, let Harold Pressley be your inspiration, and let his hate of Dick Motta illuminate a path of righteousness to the doorway of our new savior, our new panacea, our new point guard.

Or don’t vote – this whole thing has really gotten quite out of hand anyway.