How I Learned to Stop Worrying and Love the WESTPHAL

Share All sharing options for: How I Learned to Stop Worrying and Love the WESTPHAL

First thing's first (that would be "first thing is first," contracted [I hate when people mess that up, it's really quite simple]): we have an instant embargo on all WESTFAIL references until the following conditions are met:

Instaban for all WESTFAIL jokes until one of those events occurs.*

There's no use screaming for help in a black hole, especially when you're wearing a boomerang called Reality. As in, there's no way this team could possibly go 17-65 again, even if Eric Musselman's Tamagotchi were running the show. How can we the reasonable masses complain now, after all that we have been through? We should complained louder before. We're at the bottom. This can't turn out bad ...

... in the short-term. Unless Westphal refuses to teach in practice, or refuses to hire teachers for his staff, or refuses to start the Jason Thompson/Spencer Hawes frontline from Day 1, or refuses to find some minutes for Donté Greene, or refuses to punch Peaches in the face at least twice per season, this can't fail. Our team just won 17 games in 82 tries. You can only complain while remaining reasonable if the team does not change course (it was the most active team at the deadline, and has remarkably few guaranteed contracts on the books) or if the team repeats mistakes (hey, Muss didn't get a Jordan-like return opportunity! three cheers for small victories).

I have been as guilty as all in asserting Westphal as the uncreative choice. I suppose it's a matter of taking 214's ol' five stages of a Petrie decision. Usually it's a draft pick. But let's apply it to Westphal.

DENIAL -- "He doesn't mean Paul Westphal, does he? That guy is still alive?"

BARGAINING -- "Well ... he did make a few All-Star games as a player. Adelman never did that." 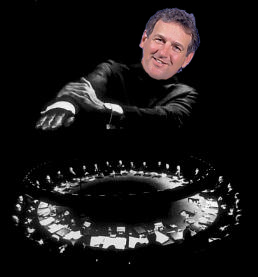 Let's do this, Doc Westphal. Turn the beat around.

* Instaban dependent on my speed in banning, which is not guaranteed.