Share All sharing options for: Photos: Kevin Martin in Indonesia 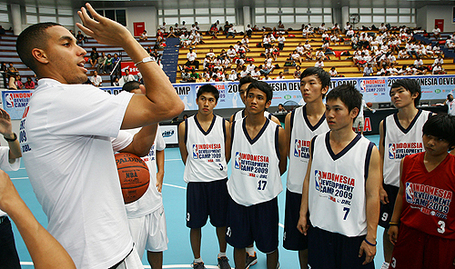 Last month, we found out Kevin Martin would be leading the NBA contingent to a big basketball development camp in Surabaya, Indonesia. Well, he's there! And he's showing all those impressionable Indonesian youths how to wind up from the hip before squaring up and shooting. A nation of Kevins.
Martin joined the the DetEksi Basketball League and NBA Asia for its Indonesian Development Camp on Sunday. Twenty-four boys and twenty-four girls are competing and learning. And apparently, Surabaya loves Kevin as much as Sacramento does. When Kevin landed Saturday, I got an incredible email from Azrul Ananda, the president of DetEksi and Sac State graduate, on Sunday. The subject: "KEVIN MARTIN IN SURABAYA!!!!!!"

Finally, Kevin Martin in Indonesia. He landed in Surabaya on Saturday evening, around 5 pm. After a quick stop to the hotel, he and his grandma, Maxine (75), immediately went to DetEksi Basketball League (DBL) Arena, to attend the DBL Finals. He saw the end of the girls' final, and did a tipoff for the boys final.

When Kevin was introduced, the crowd (full house at around 5.000 people) were chanting his name, "Kevin! Kevin! Kevin!" Surabaya is mad for basketball, and I think have now become Indonesia's basketball capitol. The crowd embraced Kevin like they did Danny Granger last year and David Lee in June of this year.

And Kevin Martin is GREATTTTT!!!!! His grandma is AWESOME!!!! They are soo nice, very friendly with the crowd.

Beginning on Sunday (August 16) up until Tuesday (August 18), Kevin Martin will be the "head coach" for Indonesia Development Camp 2009. Together with NBA Assistand coaches Neal Meyer (Clippers) and Joe Prunty (Trail Blazers) Kevin will give lessons to DBL's top 48 players from 15 provinces in Indonesia.

After the jump, more photos from DetEksi. Many thanks to Azrul (his enthusiasm is infectious) and DetEksi's PR champ Aziz Hasibuan.

All photos by Jawa Pos.

Martin posing with representatives from the camp's partner groups. 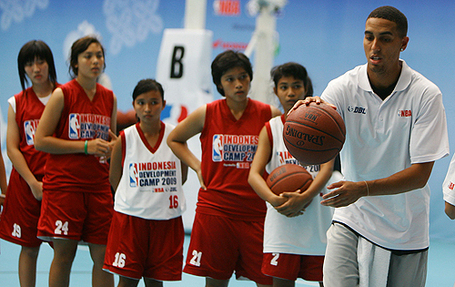 Martin showing the female students how to watch your dribble (courtesy John Salmons). 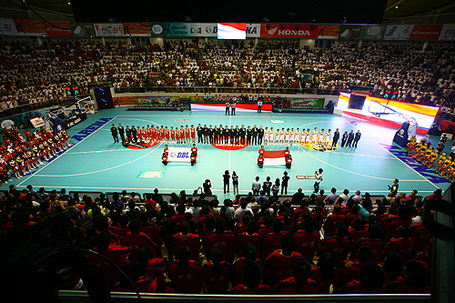 The opening ceremony of DetEksi's boys championship, which preceded the start of the camp.

Martin introduced to the crowd by Azrul. 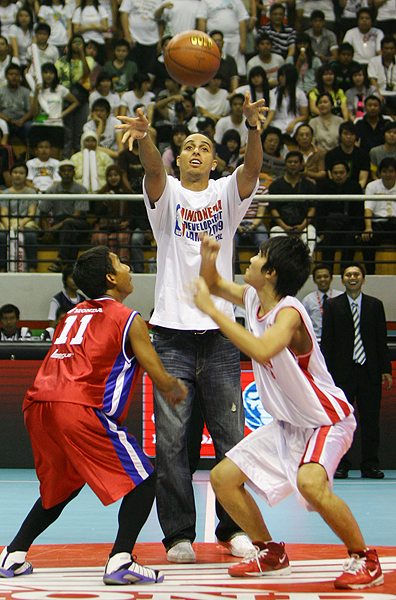 Martin tosses the ball up for the boys final. Right down the middle. Err, up the middle.

It's awesome that Kevin brought his grandmother to Indonesia with him. He's a rare breed, and we're lucky to have him on our favorite team.