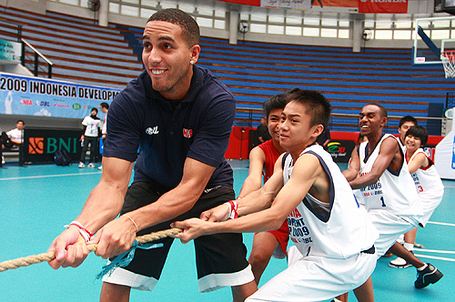 Kevin Martin and Grandma Martin had a day of sightseeing, which happened to coincide with Indonesia's Independence Day celebration. One of the ways that Indonesian children celebrate their nation's independence is through traditional games, like Tarik Tambang, which seems to resemble tug-of-war. (If I know anything about tug-of-war, it would appear Kevin Martin is cheating in the above photograph. No hands past the flag!)

After the jump, two more photos of Kevin and Grandma in Indonesia. All photos, again, by Jawa Pos. Thanks to Azrul and Aziz from DetEksi Basketball League for spreading the word. 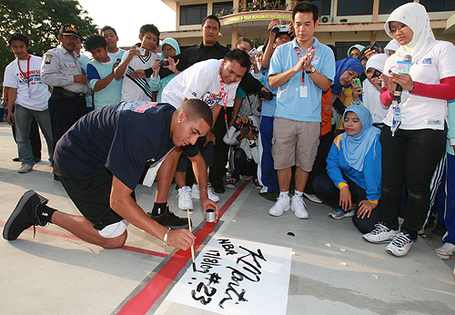 Kevin takes a break from his sightseeing to tag a new basketball court at a Muslim high school, SMA Muhammadiyah 2 Sidoarjo. 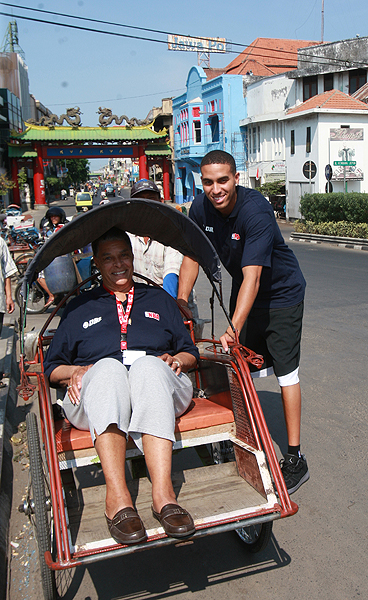 As some of you know, the pedicab is a mode of transportation dear to many Kings fans, including Joe Maloof, Gavin Maloof and Tom Ziller. It is fantastic to see the Martins and Indonesia give a nod to this wonderful way to travel.