Share All sharing options for: The Good, the Bad, and the Ugly Week 14 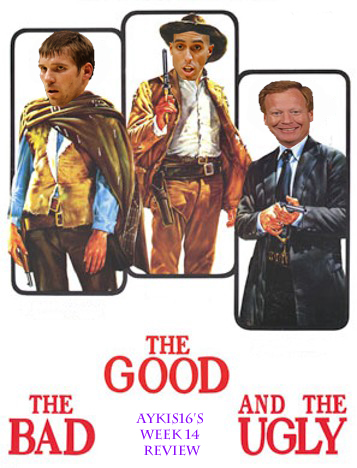 At least Peaches is consistent.

Actually one of the better weeks of this month (Boy was this month simply awful), but it was still disappointing to me.  The Kings are better than how they have been playing as of late, and hopefully they regain that positive energy they had earlier in the year and are currently lacking.

We finally won a game.  The Kings won TWO games in all of January, and they almost blew this one.  The win against the Warriors was uglier than a few of our losses, but I'll take what we can get.  These have not been easy to come by lately.

2. Tyreke Evans and Omri Casspi will go to Dallas

Not really coming as a surprise, the Kings rookies will travel to Dallas (Brockman is traveling with his teammates, probably to stare down the Sophomores, menacingly pointing at his elbows from the sideline throughout the game) to play in the Rookie Challenge.  Its nice to have representation at the All-Star break for the first time in what feels like forever, and it should be a fun game to watch, even if the Sophomores have a huge size advantage.  I say we let Don Nelson coach the Rookies for kicks.  That would be fun to watch.

3. The REAL return of Kevin Martin

4. The turning on of the light for Spencer

Spencer has had somewhat of a mini-resurgence in the past couple weeks in my opinion, especially on defense and rebounding.  He's still not someone anybody is scared of on the defensive end, but he's becoming competent in my opinion, and competent is all I can ask for.  Well not exactly, I would like him to receive more playing time from Westphal, or at least more than JT.

Sean came into the Golden State game and ended up being one of the main reasons we won that game.  He almost had a double-double (7 and 11) and hit some key shots when nothing was falling for us.  He helped get us the cushion that eventually won us the game and played some solid defense.  Even though he was pretty much a non-factor against Utah, it was nice to see him come and play with that kind of effort and intensity after having sat since early December.  I doubt things will work out in Sacramento for Sean, but I can see him making an impact somewhere in the NBA.

I think this has been understated this season, but these guys are by far the best defenders on the team and their defense was a huge part of the Golden State game.  If only they were consistent on the offensive end as well.

Sergio almost single-handedly brought the Kings back into the game.  Yes, he's a defensive liability, but his up tempo style really benefits our team.  I'm not saying he should play more (that can be a mixed bag), just that the team should look to run more.  We play BETTER this way.

Section mentioned that the Utah game was the first where he questioned Westphal's rotations and I have to agree.  Jason has been slumping for WEEKS now, perhaps even for the entire month of January (he started out with a 0 point performance against the Lakers. We lost by 1 in that game).  Yet he continues to get more minutes than someone who has been playing much better as of late in Spencer.  Spencer has one bad game and he'll get benched, while JT hasn't even been considered for a benching when he's been consistently hurting the team on defense and is not rebounding the ball nearly as well.  And what is up with the Kings not playing at a faster pace? This team is young and has many players would love an up tempo style.  Is it merely a coincidence that the team seems to play better when a guy like Sergio comes in and forces the pace to become quicker (not saying Sergio is the answer, just that the pace might be)?  I love the job Westphal has done this year, and this is a learning experience for both players and coaches.  I think its fair to say that if we expect improvement from the players, we also should expect some improvement from the coaching staff, even with the phenomenal job they've done so far this year.

What the hell is up with JT?  It looks like he  broke out of his funk a little bit against Charlotte (which is why he's not in the Ugly category), but he still hasn't looked like the player we had hoped he would be, and had been for much of the early part of the year.  JT has at times looked like a potential All-Star, and then like a rookie straight out of high school who shouldn't be in the rotation.  Conundrum thy name is Jason Thompson.  He needs the rest from the All-Star break the most in my opinion, so I'm sort of glad he didn't make the Sophomore team.

"I'm dreaming of a defensive presence... unlike the ones I used to know..."  If the Kings make a trade at the deadline that isn't a Noc for expiring, I definitely think it will be a big man.  A defensive big man.  I honestly think a Tyrus Thomas/Spencer Hawes frontline could be pretty good.  So could Kirilenko/Hawes.

WaBeno dominated the Warriors with 24 points on 8-15 shooting with 4 points and 5 boards.  Then against Utah, Beno shot 0-5 with 1 assist, and against Charlotte had 5 points with 1 assist.  I think ed mentioned in his recap that he hopes Beno is on the trading block and I think I have to agree with him.  Selling high is always a good thing in my opinion, and with Kevin back at full operational strength, Beno is sort of redundant and perhaps we would be better suited to have Sergio be our primary back.  I'd be saddened to see our Point Gerberus lose one of its heads, but perhaps it'd be for the best.  By the way, I can guarantee that if we trade Beno, the first time he plays us in ARCO he'll go for 30+.

Only 18 more days at the most of Noc.  There's no doubt in my mind he's going to get moved.  I almost put Noc into the good category for his decent defense this week, but thats crazy talk.

The Kings foul too much.  Golden State had 42 free throw attempts, Utah had 40, and Charlotte had 29.  You can't win many games when you're giving up that many attempts at free points.  The key is obviously better defense, as we tend to foul more than play actual defense.  Tyreke and Kevin would probably destroy the Kings if they were on other teams.

1. The Month of January

Going into January I looked at the schedule and said to myself "Damn, the Kings might only win 5 games this month".  The Kings only won TWO games in the entire month by a total of 5 points, against teams that both had their best player missing.  Their average margin of defeat in the 13 games they lost?  11.31 points, including two losses by 20 or more points (both to the Magic), and one loss by 31 (to the Heat).  Just an awful, awful month for the Kings, and hopefully things turn out much better in the following months (we haven't even played the Clippers yet, and we always beat the Clippers!).  February starts out pretty tough, but there are some winnable games, both at home and on the road, and the All-Star break should hopefully give our guys some much needed rest.  They clearly need it, especially Jason Thompson.  I predicted the Kings would win 28 games this year.  With 36 games left that means they would need to go 12-24 for the rest of the season (.333).  We've currently won .348 of our games, so this is still definitely feasible, although I could see as few as 25 wins and as many as 32.  That's our range in my opinion 25-32.

2. The Inconsistency of our Bench

One of the keys to our slump in January to me has been the inconsistency of our bench which had been performing so well early in the year.  But lately, nobody has really been very reliable.  Beno alternated from 24 points to 0 and 5, Omri had 1, 8 and 14.  Sean May had 1 good game and 2 bad ones.  Ime always plays tough D but isn't reliable on the other end of the court.    Even Nessie didn't do what he has been doing.  We lauded our "depth" at the beginning of the season, but lately our so-called "depth" has been losing us games.  Every time the starters have gone out, the bench has been digging us into a hole that we haven't been able to get out of.

3. Our inability to close out games

The Warriors almost beat us.  The way they and we were playing in the 4th quarter, they deserved to beat us.  The Kings continue to let leads evaporate, or small deficits grow.  I know there are those who think that our offense is plenty good, but we're actually only 9th in the league in points per game, and our offensive rating is 20th in the league.  20th is not good.  Especially for a team that is supposed to excel on the offensive end.

Kevin had another horrible game this week against the Warriors, but things finally clicked for him against Utah and Charlotte and he scored 30+ in both games.  Both games the Kings could have won if he had had some help, but lately we haven't had the whole team on at the same time as one guy or the other takes turns slumping.  Hopefully we continue to see this Kevin Martin for the rest of the season and we can start getting some more wins.

This week's comment of the week is won by Otis29, but I will also give credit to chapuforyou for being the assist man.  Also this isn't merely a single comment, but a string of replies.

"Chapu does things outside of PER, things no statistician can calculate" - chapuforyou

"haha at least someone wasn't shot while he was driving" - chapuforyou

"Yep. It's one of the rare instances Noc actually stops shooting" -otis29

Vince Carter (left) and Kevin Martin (right) are blown across the floor by Sean May’s (not pictured) chili-cheese-dogs induced flatulence. 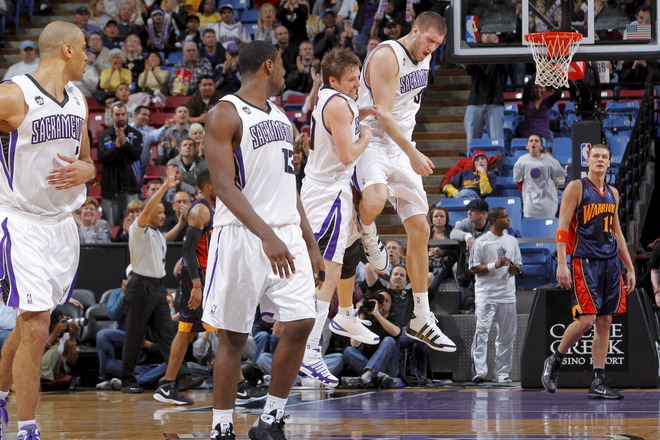 (This picture is hilarious to me on so many levels)

@ Denver 2/1 L (Denver is going to want payback and is finally back to full strength.  Also, we suck on the road)

v. San Antonio 2/3 L (San Antonio has barely had a problem taking care of us in the past couple games. I doubt it will be much different Wednesday)

v. Phoenix 2/5 W (We've come close to beating Phoenix, and I think we'll finally manage to do it with Kevin back)