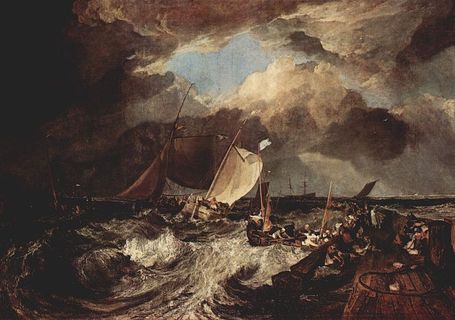 [Donté] Greene showed up at training camp last month weighing 260 pounds, which leaves him more equipped to bang against power forwards. [...] But Kings coaches are concerned that a bigger Greene might not be as quick defending on the perimeter.

"Yeah, I guess they didn't like it," Greene said of his weight gain. "I felt comfortable, but it is what it is. They asked me to lose it, so I'm working on losing it and getting on the floor."

Greene said he's down to 244 pounds after playing at a listed weight of 226 pounds last season. He also said his left knee has bothered him lately and has taken away some of his explosiveness.

Don't get it twisted: if Donté Greene came to camp at 260, it's because he lifted a ton of weights over the summer. Greene didn't get fat. Hassan Whiteside's improving physique was the story of Media Day last week, but a few folks noticed D.G.'s new upper body strength as well. Greene spent his summer bulking up.

That's hard work, especially for a guy as tall and thin as Greene. We've heard Mikki Moore's story a hundred times, about how no matter what he ate he'd never gain weight. For D.G. to commit to the weight room with such vigor is encouraging, completely.

But for the team to either not know he's adding that much weight, or for there to be miscommunication on where the coaches want Greene to be on the scale? That's completely unfortunate, and damning.

I seek not to make mountains of molehills; I can hear section214's tempered outlook sitting on my shoulder, wearing a halo and cautioning against overstatement. On the other shoulder I hear John Hollinger, with pitchfork in hand, explaining that this is exactly what makes everyone nervous about the Kings' handling of its young core. Little devilish Hollinger is holding up an autographed photo of Spencer Hawes, circa 2008. "Remember him? Remember the last promising kid the Kings muffed?"

This may not be the Kings' fault. Heck, it may even be Greene's fault. Miscommunication happens. Maybe the staff told Greene to gain exactly 14 pounds, and not a single gram more. I doubt it, but until we find out, we don't know.

As such, consider these my tempered comments. (Thanks, 214.) It doesn't look good. That's valuable time and physical stress wasted by Donté, and more time wasted now as Greene works to condition/atrophy away the new weight instead of working on his game. (I hardly think dropping 20 pounds in a few weeks is just a matter of replacing protein shakes with skim milk. That said, if it means he gets to use this contraption more often, maybe it's worth it.) Meanwhile, Paul Westphal is effectively shaking his head at Greene (and Omri Casspi) by starting Marcus Landry at small forward and opening up the positional competition to Antoine Wright and Francisco Garcia. He's not insulting him, of course, and he's certainly not overstepping his bounds as head coach. But he's showing discouragement at the kids, and given what we know about Greene's situation, I wonder how fair that is.

Again, we'll find out more, I'm sure. It just doesn't look good. The tag on the Kings as a basketball organization is that it's completely laissez-faire, unable to development talent that doesn't come ready-made or that doesn't have a strong outside influence (like Kevin Martin's trainers, Tyreke Evans' family/trainer). It's not a completely fair label, but there's some truth to it. Other teams' staffs are in much closer contact with players than the Kings. Sacramento tends to let players do their own things until the end of September. That's fine with a team of Mike Bibbys and Brad Millers; those dudes know what they need to do. Donté is young. All these guys are young. They need guidance. Why aren't they getting it?