Hey - Rotate On This!

Share All sharing options for: Hey - Rotate On This! 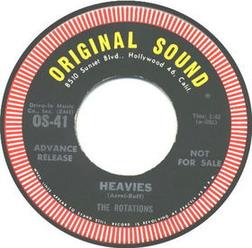 There has been a little bit of conversation around here lately in regards to the player rotations for the Sacramento Kings Basketball Club. And because we have not yet really beaten the topic to death with a blunt instrument, I thought that a post on the topic might be in order.

To paraphrase the late, great O.J. Simpson (OJ is dead to me), I am a great "exponent" of tightening the rotations. I have mentioned in the past that I see the current roster as more wide than deep. It is really a compilation of players that have different skill sets, but similar overall talent levels (exception Tyreke Evans). Dalembert is a shot blocker while Landry is a scorer while Cousins is a prospect while Thompson is a rebounder…Head seems to be the better defender while Udrih is the better ball handler while Garcia is the better deep shooter…Casspi is the streakier better scorer while Greene is the better eater defender while Wright does the best Desmond Mason impression…

And therein lies the rub. Almost everyone agrees that the rotations need to be tightened and settled, yet few agree on what the rotation should be. There are those of us that would like to see various combinations of the following players as starters: Dalembert, Landry, Cousins, Casspi, Greene, Garcia, Udrih, Head, Evans. That’s nine guys, and we’re just trying to churn out a starting lineup.

Basically, Westphal can’t win for losing here. No sympathy for PW, as he helped create this mess. But simply, if he tightens the rotation and sets the lineup, someone is the odd person out. And it’s not as easy as just shuffling the nine players that I mentioned, because you still need to add a 4th big to the rotation stew. Trust me, given Dalembert’s offensive limitations and Cousins’ knack for volume fouls, you want a 4th big on that wall, you need a 4th big on that wall.

I was going to attempt to do this in poll form, but the combinations are so many that it is just impossible. So we’ll have to state our preferences in the thread. Actually, you’ll have to state your preferences in the thread. I get to do mine in the main post. Privileges of the moderator, though it is in lieu of a Christmas holiday bonus (that last strike through courtesy of the SBN Political Correctness Committee, sponsored by Samsung. Samsung – Enhance Your Experience!).

For the purpose of this mad little experiment, let’s not involve ourselves in minutes dispersal. Let’s concentrate on our starting five, and the 3-4 bench players that you would use to complete the core rotation. I’ve capped the rotation at 9 players, because 10 really thins out the available minutes too much. This does not mean that the five players left out of the rotation receive zero playing time, but their playing time would be restricted to specific situations (need to get an extra rebounder or shooter on the floor for a late game situation, etc.) or garbage time. For example:

My starting backcourt is Evans and Head. This may not work out in the long term, but I have seen absolutely nothing to make me believe that Evans/Udrih or Evans/Garcia make for a legitimate NBA starting backcourt. Head has length and seems to be interested in playing defense. He can guard 1’s or 2’s. He can handle, though he is certainly not a great distributor. I choose Head over Udrih because I just don’t think that Udrih’s offensive contributions make up for his defensive deficiencies. And I choose Head over Garcia because I think that Evans/Head is much more versatile on the defensive end of the floor than Evans/Garcia. Luther Head as a starting guard with Evans is a low risk/reward move when you consider the alternatives. It could fail miserably, but it’s worth a shot.

My starting front line is Cousins, Landry and Greene. There is no doubt that Dalembert is light years ahead of Cousins on the defensive side of the ball, but I really like the offensive synergy between Cousins and Landry. And honestly, with Evans and Head as your backcourt, a little of Cousins’ interior passing ability would be a big boost to the offense. Greene fills out the frontcourt. Job #1 for Donté is man defense. Job #2 is taking (and making!) wing 3’s when the defense sags on Tyreke or the other bigs. Job #3 is to learn how to cut to the basket and take advantage of Cousins’ passing ability. And while it’s understood that he will often be covering the other team’s best scorer, it’s OK for Donté to grab a few rebounds here and there.

My main three off the bench are Dalembert up front, Udrih in the backcourt, and Casspi or Garcia on the wing (one wins, one loses). Dalembert is an obvious choice. Udrih is the best option for providing a backcourt spark off the bench, and if he gets to spend a portion of his floor time covering the other team’s bench players, all the better. Casspi would be my wing backup, but if he doesn’t get more consistent as a defensive player he could lose that spot to Garcia. My 9th and final guy is Jason Thompson as the 4th big. He plays more minutes on the nights that Cousins gets into foul trouble and less minutes on the nights that he doesn’t. As a 9th guy and a guy off the bench, I like him better than Jackson, though not by a lot.

I put Garcia, Jackson, and Jeter on the end of the bench. The fact that Garcia and Jackson will now see few minutes will certainly be unpopular in some circles, but that’s kind of my point. If not them, then who would you sit? Whiteside and Wright wear suits until someone gets hurt.