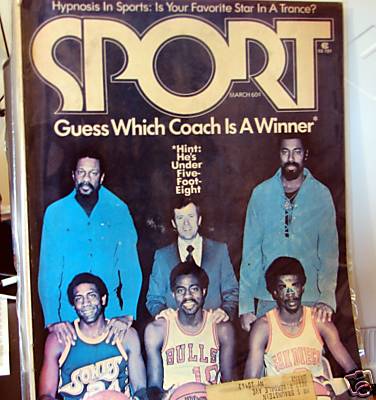 One vote for Lawrence Frank

As recently as this past June, there were a large number of people calling for the firing of Bruce Bochy. The fact that his team could not hit its way out of a paper bag was obviously his fault, and changes needed to be made. The Giants declined the opportunity to pack Bochy’s bags, opting instead to infuse the team with more talent (Buster Posey, Madison Bumgarner, Pat Burrell, Cody Ross), and less than five months later, Bochy was a certified genius.

What does this have to do with the Kings? Little, really. But I am still reveling in the Giants’ first world championship of my lifetime, and it continues to nourish me while the Kings drop game after game after game.

The one parallel here is that a manager or coach is often as good or bad as the talent level of the players on his team, and Paul Westphal is not dealing with a lot of current talent right now. Potential, yes. Actual current talent, no.

Dealing in the here and now, Tyreke Evans is the only player on the Kings roster that would be an NBA starter for a majority of other NBA teams, though this is based more on his performance last year than this year. The next closest player would probably be Samuel Dalembert. Carl Landry has more talent than Dalembert, but there is more NBA talent at power forward than at center.

The level of current talent is most evident at the small forward position. Donté Greene is the best defensive player, Omri Casspi the best offensive player, and Francisco Garcia the best blend. None of these guys really qualify as a complete NBA player right now. None of these guys would be starting for the majority of NBA teams. As of today, they are decent role players that could give specific positive minutes off the bench for most teams.

This is not to imply that the Kings have a roster full of suck. What they have is a roster full of either role players being asked to contribute beyond their level of talent (Dalembert, Landry, Thompson, Udrih, Garcia, Head), or guys with untapped potential (Evans, Cousins, Greene, Casspi, Whiteside).

Now, wave a magic wand and fulfill the potential of Evans, Cousins and either Greene or Casspi. Suddenly this becomes a halfway decent team. If these kids were currently playing at a level that we hope they attain within the next year or two, then Dalembert’s contributions would fit quite well in the starting lineup. Find a real backcourt partner for Evans and you’re in great shape. Landry, Thompson, Udrih or Garcia, and Greene or Casspi make for a pretty solid bench.

Alas, my magic wand is in the shop, so we are not likely to see this turnaround this year. So Paul Westphal is saddled with a team of role players with little upside, and upside players who can’t seem to learn their role.

This is not to say that Westphal does not play a role in the underperformance of this team. He certainly has to be held at least somewhat accountable, and he may be largely accountable. What can’t be determined at this point is how much/how little influence he has had on the current suckitude.

So the issue has become, should Paul Westphal continue "forward" with this team, or should a coaching change be made?

As I have noted previously, I’m not against a change, but I am against a change just for change sake. If you’re going to bring in a new coach, it has to be someone that can move this team forward. (The exception to this would be if Westphal loses this squad, which I do not believe has occurred yet. If that happens, show Westphal the door and give the keys to Mario Elie, at least for the time being.) And by move forward, I mean develop the youth. This does not mean benching the veteran players. It simply means working with the youth so that they see improvement in themselves, day by day.

And therein lies my sole concern with Westphal as of right now. Where is the progress in the youth of this team? The season is reaching the 20% point, and I’m not seeing progress in the youth of this team. And that concerns me a million times more than 10 losses in the last 11 games. I really don’t care about the wins and losses this year. We are still in the midst of a rebuild. But the lack of progress amongst the youth of this team is startling, if not alarming. Yes, the players themselves are at least somewhat responsible. But as young players, they need guidance and direction. Are they receiving that? Because it is certainly not translating to the floor.

Now for the catch. The Kings could theoretically go out and find a coach steeped in developing youth, but the makeup of this team could turn on a dime if/when the Kings utilize their cap space and obtain one or more key veteran players, perhaps dealing some their youth in the exchange. If/when that happens, would the development-minded coach be rendered obsolete? Would you then need that next coach, that upper echelon guy?

So I pose the following questions, for which I have no real answers:

Thanks in advance for your responses. Now if you’ll excuse me, my DVR awaits – Giants-Rangers, game 5.