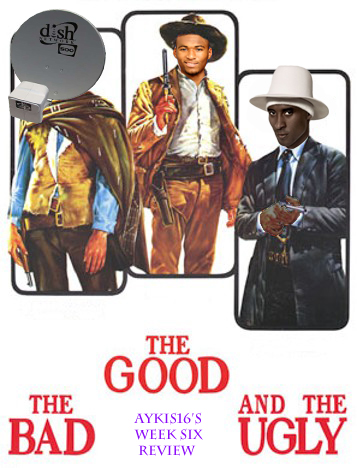 DeMarcus looks so much better in a hat than you, Kobe.  Just don't even try.

The second winless week in a row, and the team are now Kings in name only, as they currently hold the 2nd worst record in the NBA with Minnesota's blowout win over the Cavaliers.  Looks like we've been Kahn'd.

The Kings tried the experiment of signing a one dimensional defender last year with Desmond Mason, and that failed.  This year they tried it with a younger version in Antoine Wright and it also failed.  Wright was statistically the worst player on both ends of the court in his short stint with the Kings, and also led the team in DUIs.  Now hurry up and call Marcus Landry up to take Wright's spot on the roster.  He defends better, and he might shoot the three better than anyone on the roster as well.  Maybe it'll wake Carl up as well.

This was a really good move.  Hassan has a huge amount of potential, but he needs court time as well, and the D-League is the best place for him to get it.  Geoff Petrie was there for his first game as well, so it looks like the Kings are actually invested in this for once.

Tyreke's jumper looked a lot better this week, and I think he's making a conscious effort not to fade anymore (at least thats what it seems like), which is really helping.  He was 7-15 (46.6%) from downtown this week, and his shooting looks a lot more like what I was seeing from him in the preseason.

It sure looks like it, at least from the Indiana and Dallas game (I'm sort of ignoring the LA game for everyone, because almost everyone sucked).  Now that he's back in the starting lineup, I think he'll get back to being the Beno we know and are rather fond of.

This team is still a great rebounding team, and we outrebounded every team we played against this week, including the Lakers.  I definitely think having JT in the starting lineup over Carl is a big reason as to why.

7.  JT in the Starting Lineup

I like JT in the Starting Lineup for several reasons.  For one, his rebounding is 7,153% (give or take a few) better than Carl's, and his defense is also better.  On offense, JT does not look for his offense nearly as much as Carl, and he does a much better job of moving the ball around and setting screens.  I just think our main guys are more efficient on the floor with JT in place of Carl, who looks to score on almost every touch.

8.  Donté Coming Into His Own

I mentioned last week how Donté has looked like a much more complete player this year, and that looks more evident to me this year.  The Dallas game was a great example, as Donté showed he can still shoot the ball, as well as an array of nice post moves over smaller defenders.  He seems to have gotten that teardrop floater down as well as a nice jump hook.  Now I just want to see consistency.

YOU KNOW WHAT YOU DONE DID. </inside joke>

Omri does not seem do be enjoying his diminished role.  He tries to do a lot while he's on the court, probably to earn more minutes, but at times its too much.  Against Indiana and Los Angeles, he was pretty ineffective.  He was better against Dallas, much more under control, and this is how he needs to play more often.  Once his defense gets better, it'll be hard to justify him not playing as much.  But for now, I'm fine with his 10-15 minutes.

3.  Luther Head's Regression to the Mean

I should've known Luther's newfound reputation as a defensive stopper was too good to be true.  For the last few games he had played, he had been pretty useless on both ends.  Having him run the offense was painful to watch.  He's so afraid of not making a mistake that often it kills our offense waiting for him to get the ball to someone.  I'm also sick of watching him pump fake wide open three point shots instead of shooting them.  I honestly think that Luther was the guy everyone was saying didn't know the plays, because our offense was horrible every game he started.

Dish Network still has not resolved their dispute with Comcast over broadcasting CSNCA, and it doesn't look like either side will budge soon.  But remember:  All Television Disputes Have Ends.

We shot 40-61 from the charity stripe this week.  That's only 65%.  No professional basketball team should be this bad at free throws.  Come on guys.  We also need to get to the line more often.  We didn't shoot more free throws than our opponent at all this week, and in two of the games, the discrepancy was enough to blame for the loss.

6.  Tyreke Against Indiana and Los Angeles

Before he took off against Dallas, Tyreke continued to look horrible against both the Pacers and Lakers.  He looked great against Indiana in the first half, but his play in the 2nd left me with a bad taste in my mouth, especially his decisions down the stretch with the basketball.  This team is going to rely on Tyreke having the ball in his hands a lot, and he needs to be making good decisions with it.  I thought he did much better against Dallas, but now we need to see that carry over for a few games.

When I heard we had traded Spencer Hawes and Andres Nocioni for Dalembert, I was thrilled.  Here now was a guy that could defend the rim better than anybody we've ever had.  Now though, he's completely fallen out of favor with me.  He tries to do too much on offense (doing anything but catching and moving the ball immediately or taking wide open shots from 0-10 feet is too much in my mind), and he always does something that just boggles the mind once or twice a game.  I fully approve of his demotion to the bench, where I think he can actually end up being more useful to us.

In all honesty, this loss probably wasn't as bad as the loss to the Clippers on Thanksgiving, being that the Lakers are the defending World Champioskjf'anv (sorry, I vomited on my keyboard), but it was still just terrible to watch.  The team seemingly gave up on both ends of the court, and Los Angeles just ran right through us.  54 points in the paint for the Lakers and only 14 for us.  That was simply appalling, especially considering how much bigger we are than last year.  We didn't outscore the Lakers in one quarter, not even during garbage time against a lineup featuring Sasha Vujacic and Luke Waltoavsdlnk;av (sorry, vomited again).

3.  We Foul Shooters Too Much

In both the Indiana and Dallas games, a big reason we lost both games is simply because of how often we'd foul a player about to score, or in the act of shooting.  We give up so many free throws to opposing teams even when we aren't in the penalty, that it adds up big time over the course of the game.  In the Indiana game, we were outscored at the line by 14 (we lost by 9) and against Dallas, we were outscored at the line by 12 in a two point loss.  One part of this has to do with how bad we are at preventing penetration, but the other part is just silly touch fouls.

Carl was alright against Indiana, but against Los Angeles and Dallas, he was atrocious.  He does not look comfortable coming off the bench, and his decision making has been poor to say the least.  I said it in the Recap of the Pacers game, but I would not be surprised to see Carl moved before the deadline.

"Basketball is a Game of Runs" - Everyone, All the Time.  Its almost become cliché to say that now, but it is true.  Unfortunately, the Kings have a bad habit of giving up extremely bad runs.  Against Indiana, we gave up a 17-2 run in the first 4 and 1/2 minutes of the 2nd half.  In Los Angeles, the Lakers went on a 19-6 run that took up most of the 2nd quarter.  And after getting a nice lead in the 4th against Dallas, the Mavs were able to end the game with a 15-2 run over the final 5 minutes.  This goes hand-in-hand with what Westphal said about Poise yesterday.  This team needs it to overcome those bad stretches, and also not to prolong them, as has happened all too often this year.

It looked like this was going to be a week in the Ugly for DeMarcus, as we started out with the news that he had been kicked out of practice for arguing with Coach Westphal.  But he came out the next night and had the best game of his young career against Indiana and he said all the right things after the game as well, including taking full responsibility for his actions.  That stood out to me.  He struggled against the Lakers (as pretty much everyone did), but he did well against the Mavericks, who feature a couple of good defensive minded Centers in Chandler and Haywood.  He's earned his way back into the Starting Lineup through his play, and I think he's here to stay for now.  Personally, I think Westphal has done a pretty decent job handling DeMarcus, and that is not an easy job.

Wright waived, Whiteside to Reno, Cousins booted out of practice

Well, at least it looks like the rotation is going to get a little tighter.

Reminded me of the move he put on Artest last year.

After a successful Glee night at Arco, the kings ask the players to attempt some moves for their next theme night: Rocky Horror Picture show, with Boogie as Dr. Frank-N-Furter (Doing the pelvic Thrust shown here)

Let’s do the Time Warp again 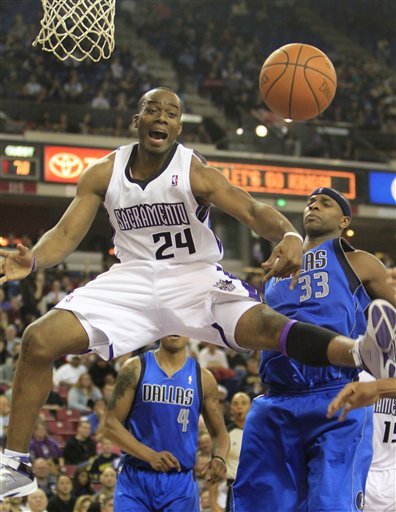 This week's caption contest winner will get Kings games delivered to their Television via DISH Network.

If you had to find a bright spot about this team, what would it be in your opinion?

To me its the fact that although this team is losing now, they're in a better position for the next 10 years than most other teams are, especially some of the ones that are losing now but have yet to commit to a full rebuild such as Cleveland.

@ Los Angeles Clippers 12/6 W (We were embarrassed on Thanksgiving.  We need to take it to them this time, and hopefully we come out with the same energy we did against the Mavericks.  If we lose this game, we'll have the worst record in the league, officially.)

v. Washington 12/8 W (The Wizards are very similar to us in that they have some nice young pieces, but not a lot of talent.  This is a home game we should win, and we need to be taking it inside on the Wizards all day.  Hilton Armstrong is a main rotation player.)

v. Miami 12/11 L (Miami might be struggling, but Wade, Bosh and LeBron all usually play great against the Kings, and they're all on the same team.  And they still don't sell out their games.  Life is unfair)