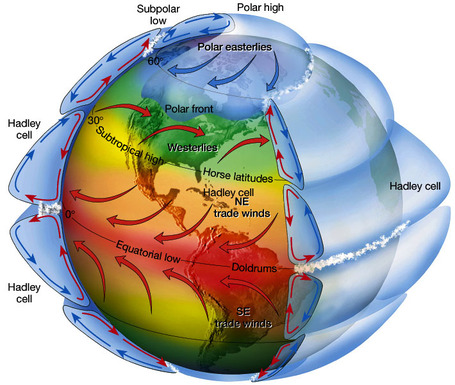 Where do I start? Sorting out the impact of an unforeseen trade…

Kevin Martin – Here’s hoping that Martin stays healthy enough to realize his potential. Because at the end of the day, that’s all that it comes down to. There are those that harp on Martin’s defensive liabilities – gee, I can’t wait for the Kings to get back to playing defense now that Martin is gone (note sarcasm). There are those that knock his leadership or "big shot" abilities – watch how much better Martin gets on a team with other selfless veteran players. Kevin Martin was/is a class act, and the Rockets gained a potent scorer, a good teammate, and a great community guy. Best of luck and good health, Kevin. I’ll root for you 78-79 times throughout the NBA season.

Carl Landry – Not the big man that was on my radar, but a nice addition. I don’t see Landry as a great on-ball defender, but he is (currently) better than Jason Thompson, as I have actually seen Landry employ footwork while attempting to guard an opponent. His contract for next year ($3 million) is a very, very good value. Landry strikes me as a slightly taller Corliss Williamson on the floor. He definitely brings a wanted and needed skill set to the Kings front line.

Spencer Hawes & Jason Thompson – Landry’s low post ability should translate into Hawes operating more out of the high post when they are on the floor together. Hawes is certainly a solid facilitator from the high post, which benefits all of the other Kings that are on the floor with him. For Thompson, well, that’s up to Thompson. If Landry becomes the eventual starter, Thompson can be an energy guy off the bench that need not worry about foul trouble. Landry and JT could play together as well, and Landry’s low post game could allow Thompson to focus more on rebounding and put-backs. Time will tell.

Donté Greene – This has to result into a little less time at the 4 for Donté, doesn’t it? But perhaps the exodus of Martin translates into more minutes for Greene at the 2 or 3. My concern here is what moving Greene around does to him defensively in respect to knowing his various defensive assignments, switches, etc. Offensively, it should have little impact on him.

Jon Brockman – Brockman may see his minutes shrink a little, too. However, he will always get his opportunities when the Kings need extra emphasis on boarding and banging.

Sean May and Kenny Thomas – Barring injuries, we should see little of these guys for the remainder of the season.

Larry Hughes – Hughes has played in only 4 of the last 21 games for the Knicks. Honestly, the hope here would be that the Kings engineer a buyout of his expiring contract (pro-rated, the Kings would currently owe Hughes less than $5 million). There is just no upside to Larry Hughes suiting up as a Sacramento King.

Beno Udrih and Francisco Garcia – Potentially the two biggest winners in this deal, as they will soak up many of Martin’s vacated minutes. This is also potentially good news for the Kings, as it will enable both players to produce closer to their contract value.

Ime Udoka – His current role probably does not change much, due to Garcia’s return. Ime will be a designated defensive stopper from time to time for the rest of this season, but that’s about it.

Joey Dorsey – I will be surprised if we see much of Dorsey, as his skill set replicates Brockman to an extent. He might be happier playing out the string in D-League. It should be noted that Dorsey’s deal is not guaranteed for next year (at roughly $900k), while Brockman’s 2nd year is listed on Shamsports as a $900k qualifying offer (could that be right?). One of these guys might be a King next year, but I can’t see both of them here.

Omri Casspi – Benefits from the standpoint that his current minutes are less likely to be vultured by Garcia.

Andres Nocioni – Unchanged. Noc remains a guy that everyone would love if he were making a few million less over two fewer years.

Dominic McGuire(?) – Not part of our future, in my opinion. But what do I know – my avatar is Joe freakin’ Kleine.

Tyreke Evans – Evans’ scoring has been down since Martin returned, but his assists and rebounds have been up. For all of the national hullabaloo over the Evans/Martin backcourt, Evans’ game will not be greatly impacted by this move in the long run.

The Kings – Landry for Martin is a bad deal when you look at the talent gained and lost, and it will be a bad deal until this summer, when the Kings can get frisky with their newly found cap room.  At $34 million, the Kings stand to be about $18-$20 million under the cap, with 10 players under contract. Throw in $3-$4 million for the 1st and 2nd round picks, and you’re left with a couple of roster slots and about $14-$17 million. And while I agree that this money won’t lure a top flight free agent, it is more than enough money to wrangle a sign and trade with another team, or to relieve another team’s luxury tax or payroll issue. For example, may need to shed salary. How about an expiring Samuel Dalembert for a 2nd round pick? My point here is that this is a lot like the Artest deal – we couldn’t begin to calculate how we did on the deal based solely on the acquisition of Donté Greene (and Bobby Jackson) – we had to wait until the pick that became Omri Casspi was added to the matrix.

The Rockets & The Knicks – Both of these teams addressed their needs here. The Rockets get an insanely efficient scorer and a young prospect (Jordan Hill).  Jared Jefferies’ contract does not hurt them that badly, as they weren’t really going to be free agent players anyway.  All of this for Carl Landry – not bad. The Knicks gain about another $9 million in cap space, and it cost them Hill and a future draft pick (and the potential swap of another pick). Good deal for the Knicks.

Tracy McGrady – Who cares? Really, it’s his contract that was in play here, not McGrady himself.

Kings Fans – The rebuild continues. At 18-36, it is no big deal that this trade may cost us a couple of wins this year. The key will be the off-season, and how we are able to parlay the cap room into talent. With the potential of adding a top college prospect and a viable NBA veteran to this current squad, the opportunity exists to get the Kings closer to the .500 mark next year. Still not a playoff team, but certainly a team that is tracking along like of a couple of years ago, or of post-all star break last year.