We begin late in the fourth quarter, with a transition opportunity for Jazzman Wes Matthews, Jr. ... 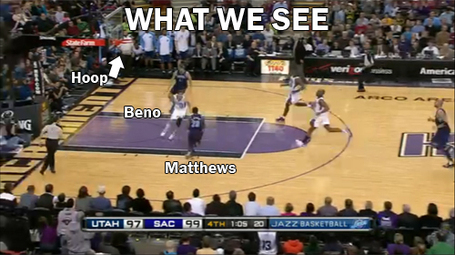 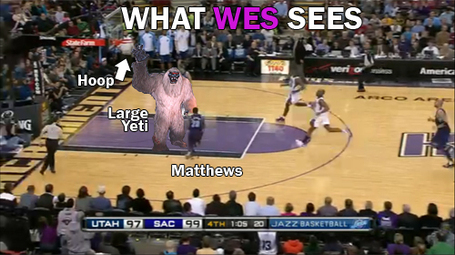 Matthews, like so many before, did not expect the Yeti. No one ever expects the Yeti. 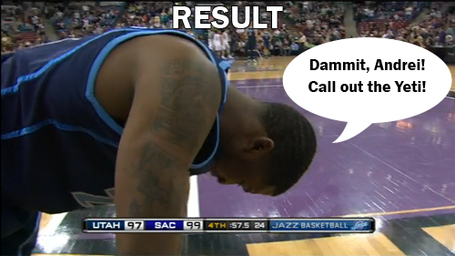 This was but a preamble. Check the jump for Wabeno's piece de resistance.

Later in the fourth quarter, with Utah in critical need of a basket, Wabeno prepares for sabotage, holding a banana peel in his right arm. 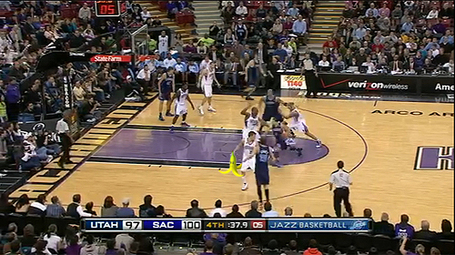 Deron Williams, so concerned with Tyreke Evans's halitosis, never sees it coming. Wabeno delivers the banana peel to the hardwood with a simple flick of the wrist. 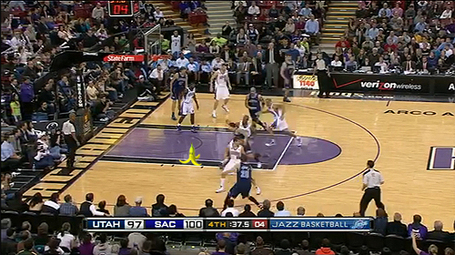 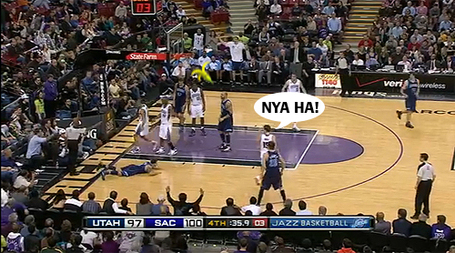 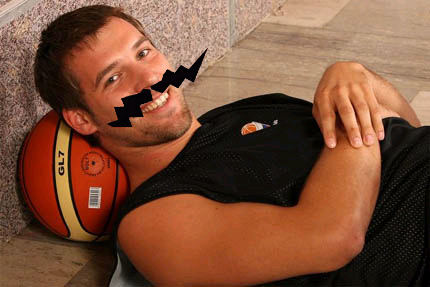 All in a night's work.