Patience, or Why Everyone Else Wants Kevin Martin

Share All sharing options for: Patience, or Why Everyone Else Wants Kevin Martin

Kevin Martin is quickly becoming the hottest name on the mouths of rumor-mongers. The "why?" isn't hard to understand -- the Kings have continued to lose, Martin and Tyreke Evans have alternately had off nights together, shooting guard is a surprisingly star-bereft position outside the top level, and Martin has a long history of scoring prolifically and efficiently. Essentially, other teams really want Kevin Martin. Why shouldn't we?

The losses are hard to take, trust me. (Hey, I'm the guy who posted the vacant Iguodala poll the morning after a brutal loss.) But -- while Martin had been off-par since returning -- it's a conglomerate of causes settling this denouement, if this in fact a denouement and not just the mountain pass on the way to glory. 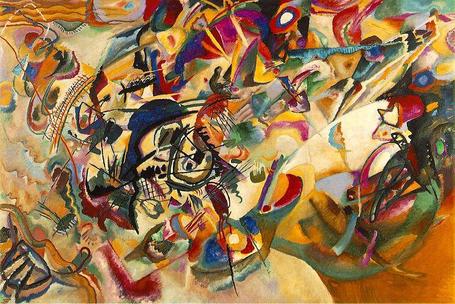 David Stern is going for blood in 2011, and that must play into any team's 2010 decisions. Stern and the owners, in their first proposal to the union before an All-Star Weekend bargaining session, have reportedly pushed for a 30 percent plus reduction of player salary plus a hard cap. Who knows what will actually be approved. But the tone is such that players will suffer, which means in 2011-12 and beyond, player salaries will be lower, and the cap will be lower. There'd likely be a transition period, but teams with cap space in 2011 will be in the best position to capitalize on the New World Order.

That's why I have trouble endorsing the committment of salary beyond 2011 for all but the most electric players. Chris Bosh? You pay him whatever it takes. Amare Stoudemire? Maybe not -- not if it means you can't add anyone, or that you can't pay Jason Thompson or Donte Greene when the time comes. Andre Iguodala? A fine player -- a great defensive player. But expensive, for a long time, possibly outside the range of a transition period. That could murder.

Martin is signed to what for now is a fair deal; under a worst-case scenario -- a low, hard cap in 2011-12 with no transition period -- Martin would be considered "expensive" for two seasons. But under no circumstances would his contract be considered crippling (insomuch as some 67 players have higher salaries as of today -- that should balloon this summer). Barring a Redd (God forbid), Martin isn't going to be an anchor. Players in play in the Trade Martin game? You can't say that with assurance.

This is part of the reason Samuel Dalembert (an expensive defender, signed through 2011) is more attractive to me than Josh Howard (an expiring contract) -- I don't really want the Kings to have cap space this summer, because the temptation to use it could be too great if a good player gets shut out among the max-offering teams. Yes, I'd like a few more good players. We need them. But good players will be available in 2011, and they will almost certainly be cheaper. An artificial price cap is coming in '11. Can't we be patient?

And so it is with Martin. This team won't be making the playoffs. It's still about the future. Let's be a bit patient. The trade deadline is an artificial deadline for making a decision on Martin. The Kings can, and should, ignore it.