Share All sharing options for: 2010 StR Draft Board - section214 Edition 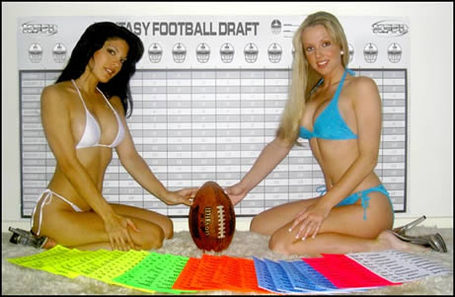 In honor of my impending sigmoidoscopy, I humbly pull these 15 selections out of my arse. Just about everything has been said about these guys already, so I won’t add much more.

1 – John Wall  Really, this is the biggest no brainer since Dwight Howard in 2004. You just don’t pass up on this type of talent. He’s the only guy on my 5-star list.

2 – Evan Turner  Turner may be the most NBA-ready of this rookie crop. A long, versatile, baseline to baseline swingman. There might be a team or two that might not need Wall (Utah, New Orleans), but every NBA team could find a spot for Evan Turner. My only 4-star guy.

3 – Derrick Favors  I think that DeMarcus Cousins and maybe even Wesley Johnson are more of a sure thing from a strict basketball skills standpoint, but Favors is an incredible athlete for his size, and as a result he would be my third choice. He could be a monster in a couple of years. 3 and a half stars.

4 – DeMarcus Cousins  Simply, if Cousins’ attitude raises a flag with Kings brass, I would drop him below Wesley Johnson. And I have some concerns. That said, I had concerns about Chris Webber coming here, and I had concerns about us drafting Jason Williams. I had concerns about Ron Artest and Bonzi Wells. I wasn’t sure about Jimmy Jackson. In the end, only Artest really created any real heartache while in a Kings uni. And to be clear, Cousins has not really done anything other than show that he is a petulant and somewhat spoiled youngster. The question is, will he grow out of it? 3 and a half stars.

5 – Wesley Johnson  I like Johnson a lot and would be fine if he were there for the taking with the 5th pick. What I can’t believe is the concern over Johnson being a 22 year old junior. Turner is a 21 year old junior and I don’t hear a peep about that. Amazing. 3 and a half stars.

6 – Al Farouq-Aminu  I like Aminu, but not nearly as much as Cousins or Johnson. But I like him a lot more than anyone else left on the board. 3 stars.

7 – Cole Aldrich  I know that a lot of people have Greg Monroe on their board by now, but I’m just not sold. I think that he could be a solid pro in a Jared Jeffries sort of way, but I think that Aldrich could be a better version of Joel Pryzbilla, and at this point on my board I value Aldrich slightly higher than Monroe. 2 stars.

8 – Greg Monroe  I may have Monroe too high here. He just does not impress me athletically, but he fits here based on his production. 2 stars.

12 – Patrick Patterson – I think that Patterson will be a solid pro. I think that he will join the ranks of guys like Carl Landry and Paul Millsap – slightly undersized 4’s that find a niche in the league. 2 stars.

13 – Xavier Henry – Henry could be an  interesting backcourt partner with Evans, but he does not warrant a top five selection. I kind of lumped Aldrich/Monroe/Udoh/Whiteside/Patterson together, so Henry wound up here. 2 stars.

15 – James Anderson – This guy strikes me as the best remaining prospect for knocking down spot-up 3’s. I know that guys like Babbit and Hayward are getting some love right now, and George, Alabi, Bledsoe, Seraphin and others also deserve some attention here. But I’m going with Anderson for now. 1 star.

Well, that’s it for now. Here’s hoping that the doctor finds nothing more than my "good" side.