Share All sharing options for: Building The Sacramento Kings All-Time Roster, Part I 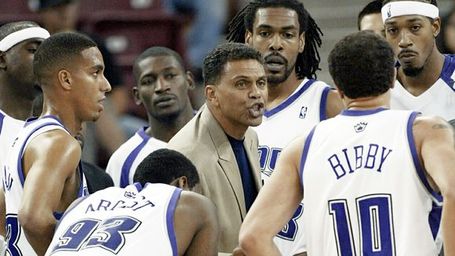 "Listen up! Some of us will be making the all-time roster, and some of us won't. But one thing is for sure - I will not be asked to coach the team. Alrighty, then. Let's figure out a way to get the ball to Ron so that he can work his magic, OK? Ready - Go Tornadoes!"

(The following is the first installment of how section214 became charged with the responsibility of putting together an all-time roster for the Sacramento Kings. Future installments will be coming over the next several days and weeks.)

It all began on an unseasonably cool and rainy spring morning. It was trash and green waste pick-up day in the neighborhood, and the sound of a garbage truck became more and more pronounced in the distance, eventually drowning out the baying of an apparently forlorn Basset Hound. I was working on my second cup of coffee and my third cigarette, which I found particularly odd, considering that I have never smoked in my life. This should have been foretelling for me that the day was to be an unusual one, but I blithely continued to sit at the breakfast nook, passively scratching areas on myself that did not really itch.

Mrs. section214 and daughter214 came downstairs to leave for work and school, respectively. Mrs. section reminded me that I needed to feed the dogs before I was to leave for work. This was to be 1,934 consecutive days that I have fed the Beagle sisters named "Bagels" and "Lox", yet the daily reminder remained intact, and I thanked Mrs. section for her attention to detail. Daughter214 went out of her way to tell me that she loved me, and on this morning it only wound up costing me $5, so I felt rather fortunate. The girls took their leave, I summoned up a meaningless sigh of small proportions, fed the dogs, and lit a fourth cigarette, amusing myself in the challenge of trying to light a cigarette with an electric stove top.

I turned on the stereo. It was shaping up as a Clapton morning, but I opted for Edgar Winter.

The mountain is high, the valley is low
And you're confused 'bout which way to go
So I flew here to give you a hand
And lead you into the promised land

I was making my way to the stairs when the doorbell rang…the same doorbell that had been broken for the past six months – weird. I made my way to the door, peered through the window, and was taken aback by what was peering back at me. I opened the door.

There were eight of them, and they were all wearing the same thing – black suits with white, starched shirts, black shoes, black ties, black Ray-Bans, and purple pocket squares. "Good morning. My name is Geoff Petrie. We have come a long way at great personal expense to meet with you. May we come in, please?"

The men filed in, and I recognized each and every one of them. Joe Axelson, Bill Russell, Jerry Reynolds, Gregg Lukenbill, Joe & Gavin Maloof, Petrie…and 1988 Presidential candidate Michael Dukakis. I ushered the men into the family room. They all silently took a seat on the red leather sectional, with Dukakis winding up on the ottoman, his feet dangling off the floor.

"I’ll get right to the point," said Petrie. "We’ve been reading your stuff at Sactown Royalty for some time, and we are very, very impressed." The others all nodded in agreement. Petrie continued. "Your ‘Good, Bad & Ugly’ series, your invention of ‘The Brockness Monster’ – it is the work of a genius, in our opinion."

Petrie interrupted, "Please, Aykis, call me Geoff. Or Betty – whatever makes you the most comfortable."

The group shifted uncomfortably in their seats, and the freshly treated leather of the sectional emitted sounds of various pitch. A feeling of discomfort fell over the room…except for Dukakis, who had become transfixed by the digital photo frame that was rotating our family photos. Petrie was clearly frustrated, and blurted out "This is why we had to let Levien go – no Goddamn attention to detail!" Petrie gathered himself, adjusted his tie, cleared his throat and continued in an even tone. "Mr. section, we are very sorry to have disturbed you this morning. Do you know how to get to Aykis’ house from here?"

"Shouldn’t be too hard," I said. "He lives on the other side of town."

Petrie glanced over at Joe and Gavin, and they both nodded their heads negatively. "Geoff, we told you that we were going to fill the Hummer up one time and that was it," Joe said in a scolding manner. "And don’t give us that look. You’re the one that insisted on signing Wright and Jeter."

"’Section’ is fine," I quickly answered.

Petrie continued. "Section, what we are about to share with you is highly confidential. The people in this room are the only ones that are privy to this information. As you know, Jerry Reynolds has been with the Kings organization since the move to Sacramento. Over the years, we have moved Jerry from position to position, and all of this has been deftly executed to mask the true reason for his continued employment." Petrie paused dramatically. "You see, section, Jerry has been working for us all of these years, with his sole responsibility being the development of a time machine that we could use to transport in all of the best Sacramento Kings to one point in time and location – here and now." Lightning from the spring storm illuminated the family room, followed by a loud clap of thunder. "We actually had a prototype a couple of years ago, but somebody filled it with hot buttered popcorn. But Jerry rebuilt it, and last week we had a mostly successful test run, using Grant Napear as the guinea pig."

"Well," answered Petrie, "Grant came back with a second ass-hole, but we think that’s because he called Mark Olberding soft while he was in 1986. And we still don’t know how Dukakis snuck on board in ’88. But I digress. We will build an all time Kings team that will compete at the highest of levels in the NBA. We have the technology. We just need someone to choose the players that are to be invited to camp and then make the choices of who will eventually be on this team. And we think that person is you…well, actually we think it’s Aykis, but I guess under the circumstances (Petrie glanced at Joe and Gavin, who returned the glance with stone-faced dispassion) you’re our guy. What do you say?"

"Why don’t we just go back and get Jordan and Magic and Bird?" I asked.

Reynolds spoke up, "It doesn’t work that way. You can transport Kings’ players only. And you can’t change the past, like repairing Webber’s knee before it got hurt, or kidnapping Dick Bavetta, or making sure that Kobe Bryant’s parents never meet. You can only go back to a point in time and grab the Sacramento Kings players that you want at the time that they were Kings. So if you bring in Gerald Wallace, you’re bringing in the young, precocious, can’t-shoot-his way-out-of-a-paper-bag Gerald Wallace, not Charlotte Bobcats all-star Gerald Wallace. Also, remember Mandy, the hot cheerleader in high school that wanted you but you didn’t find out about it until years later? You can’t do anything to change that, either, sport. Why don't you try to make a 'Jerryism' out of that one, hot-shot? The Tasmanian Masturbanian!"

Petrie stood up, with the others following suit, and Dukakis jumped down off of the ottoman. "Here are the keys, section. It’s a 2004 VW Passat, and it’s parked in lot "K" at ARCO. It will cost you $10 to get into the lot to retrieve it, and make sure that you replace the gas when you get back – it has ¾ of a tank right now, right on the mark. Good luck."

Petrie headed to the door, and the other men followed in single file. Petrie stopped Dukakis at the door and placed a hand on his shoulder. "No, no, Michael. You stay here with section. He’s going to take you for a little ride later. Oh, and I got you a little present – we even put your name on it for you. If you’re good, section might let you stick your head out of the sunroof."

And as mysteriously as these men  had appeared, they were gone. I called in sick to work, showered quickly, and headed down to ARCO Arena. I couldn’t shake the feeling that something unusual was about to happen… 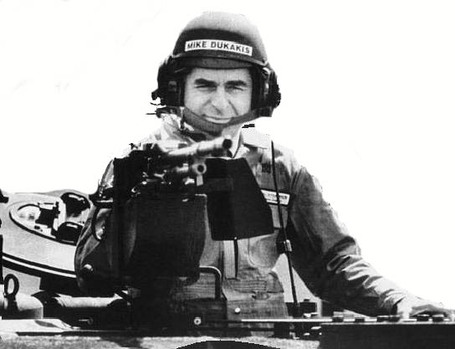