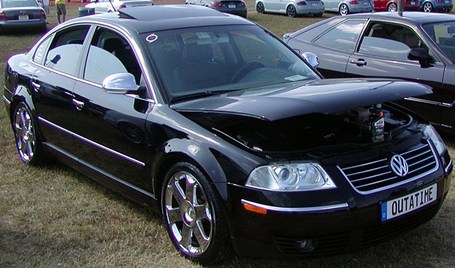 (This is the second installment of how section214 became charged with and set to the responsibility of putting together an all-time roster for the Sacramento Kings. The first installment can be found here.  Future installments will be coming over the next several days and weeks.)

Getting to ARCO Arena proved to be more of a challenge than I had considered. Michael Dukakis refused to go anywhere with me unless I pretended to be secret service, so I had to placate him by talking into my shirt cuff, and saying things like "My, that is a lovely bunch of coconuts," and "The eagle flies at midnight." I finally got him into back seat of my Delta 88, helped him on with his seatbelt, and we were on our way.

Upon arriving at ARCO, I was greeted at the parking lot entrance by a lot attendant that looked startlingly like Rich Kelley. The smell of "Hai Karate" wafted from the ticket booth. The attendant took my $12 (the price had apparently gone up since Petrie visited the house) and directed me to lot "K." The 2004 VW Passat was there, as promised. Dukakis had fallen asleep, so I picked him up, threw him over my shoulders, and placed him in the backseat of the VW. He stirred long enough to mumble something about Anthony Quinn, but it was largely unintelligible and he quickly fell back to sleep.

Once inside the Passat, I found a Peja Stojakovic "Good Feet" air freshener that had the combined aroma of pine tree and locker room towel bin. In addition to the air freshener, there was a 10% off discount coupon to the Kings store, and I also found an autographed photo of "Big Mike" sticking out from under the driver-side floor mat. I located the instructions for activating the time machine. All I had to do was start the vehicle, set the radio station to the year that I wanted to travel to, and then get the vehicle up to 88 miles per hour as I exited the parking lot gates. As I had done this on numerous occasions after games these past couple of years, I knew that it would not be a problem.

My first stop was 1985, the Kings first year in Sacramento. Given the amount of fuel that I had, I figured that I could go back in time four times, picking up players and bringing them to 2010 and the Kings practice facility. The Passat only seated five (with me being one of them), so I figured on also putting a couple of guys in the trunk for each trip.

I started the VW, and the smell of ethanol and anticipation filled the air. I turned the radio station to 1985, and I was greeted by Bruce Springsteen:

Now I think I'm going down to the well tonight
and I'm going to drink till I get my fill
And I hope when I get old I don't sit around thinking about it
but I probably will
Yeah, just sitting back trying to recapture
a little of the glory of, well time slips away
and leaves you with nothing mister but
boring stories of glory days

I was now flying through the lot (73 mph) and towards the exit. Rich Kelley’s eyes got as big as saucers (78 mph), and he dove into his booth. Dukakis was fast asleep in the back seat (83 mph), taking the Presidential oath. The scent of pine and mildewed towel was everywhere now (86 mph, 87 mph), and I screamed "Top of the world, ma!!!" (88 mph) A blinding flash of light passed through the cabin, and I could have sworn that I saw a vision of a young Lea Thompson. I think that I temporarily blacked out.

The car came to rest in a field that would one day become Arena Boulevard. Two cows peered at me through the windshield. Off in the distance I could see a freeway billboard sign on I-5 promoting the "Coors Classic Bicycle Race, Featuring Greg LeMond." I was tempted to drop by my old job on Richards Blvd. so that I could say hi to myself, but I knew that time was of the essence, and I had work to do. I woke up Dukakis and informed him that he was going to have to hitchhike it back to 1988, and then I eased the car down the road to the old ARCO Arena.

I walked into the old "gas tank" and was surrounded by a sense of purity and newness. 10,333 was maximum fan capacity for this warehouse-turned-gym, but it also had the size to hold the dreams of a city. The players were working out. Jerry Reynolds was sitting on the bleachers, and he gave me a knowing wink.

I knew that I wouldn’t get any of these guys to come with me if I told them a story involving time travel, so I just promised them free hookers and an all you can eat buffet, and they willfully came along. I chose the following players:

Reggie Theus – Before Reggie was coach Fuller, he was just Fullofhimself. That said, he also averaged about 20 points and 8 assists per game for the Kings from 1985-88. He played hurt, and he competed. Reggie was the kind of guy that would have been huge in today’s NBA – today's media would loooooove 1980’s Reggie Theus.

Eddie Johnson – Primarily a perimeter shooter, Johnson averaged almost 19 points a game for the Kings in 85-86 and 86-87, while shooting an impressive 47% from the field.

LaSalle Thompson – Listed at 6-10, as I stood there staring at LaSalle, he sure looked 6-7 to me. Make that 6-7 by 6-7, because Tank had some shoulders on him. Thompson was a 12 point, 8 rebound guy during his 1985-89 stay, but he was also a punishing defender and a guy that did not give ground willingly on the basketball court.

Otis Thorpe – The problem here is that I had to take both Otis Thorpes – the one that got you 20 and 18 on Tuesday, and followed that up with a 5 and 3 on Thursday. But I knew that camp could be short on power forwards, so OT got an invite.

Joe Kleine – In Ryder Cup parlance, I called this a "Captain’s pick."

I loaded the guys into the car (Kleine to the trunk – sorry, Joe), and I set the radio station to 1987, and Wang Chung took it from there:

The only reason that we stopped in 1987 was to pick up Kenny Smith, who averaged almost 16 points and 7 assists for the Kings from ’87-90. The guys made Smith get into the trunk with Kleine, and we headed for 1988, guided by the dulcet tones of Rick Astley, who assured all of us that he was never going to give us up.

Wayman Tisdale played for the Kings from 1988-94, averaging about 18 points and 7 boards a game. Tizzy also had a smile that lit up the arena, one of largest asses this side of Rick Mahorn, and absolutely, positively no right hand to speak of.

I gave Tisdale "shotgun," and Theus, Thompson and Johnson claimed the backseat. That left the trunk for Ainge and Thorpe(s). I threw Kenny Smith on the roof and strapped Kleine to the hood, and we headed back to 2010.

We arrived at the Kings practice facility. 2010 Jerry Reynolds was there, and he nodded approvingly, but turned and walked into the facility when I tried to approach him. My work was far from done. Next stop, the early and mid-‘90’s.

"Hey, Bill! Can you do me a solid and walk these guys inside for me? Thanks, Russ - U Da Best!" 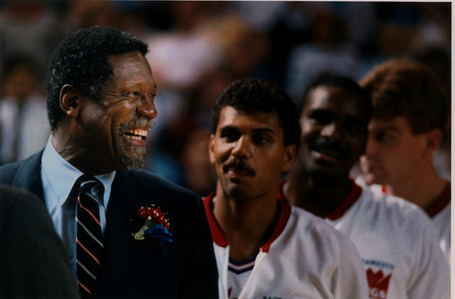