By now many of you are familiar with this famous STR picture by Jedi Leroy (although Iashwash came up with the original idea): 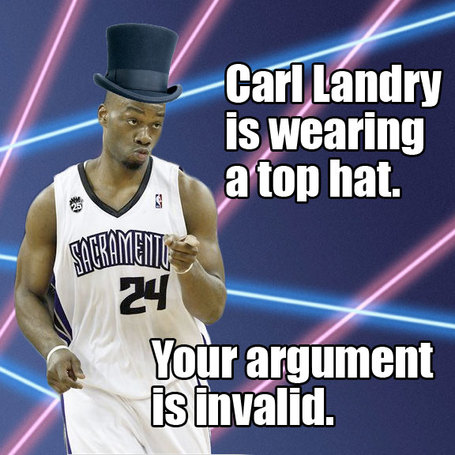 Then in response to me saying that for Latin fan night we could have Carl wear a sombrero instead of a top hat, Leroy went and did this masterpiece: 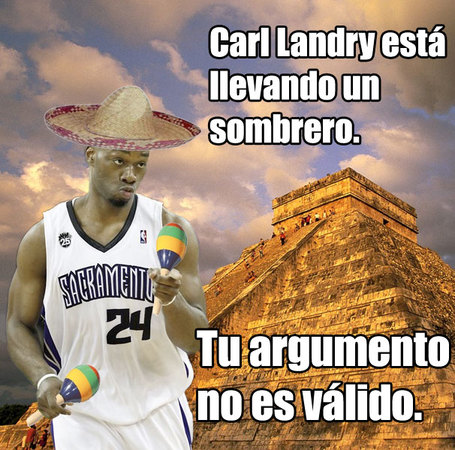 The other day I ran into the above picture again and it got me thinking that there is a whole world of possibilities with Carl. So after the jump, my take on Carl Landry: World Traveler. At the end of the post, I will include a blank template for you guys to use, as well as a link to download the .psd file for those of you with photoshop, so you can add your own creations in the Comment Section below. Be funny, but don't create one that's inappropriate. For those who don't have photoshop and simply use the blank template, the font for the Captions on the photo is Impact.

Carl Landry was born and raised in Wisconsin, so it would make sense that he's a Packers fan. 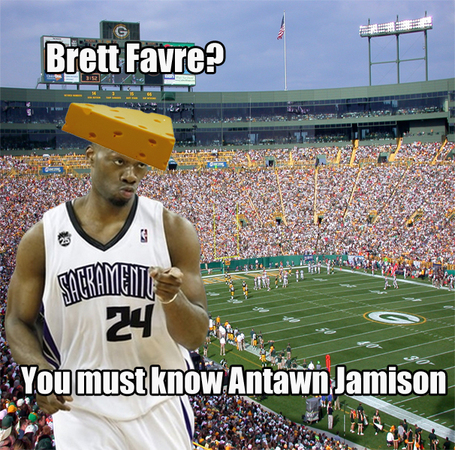 Big Carl was drafted by the Rockets and played their for his first few seasons, but had a bit of a side hobby. 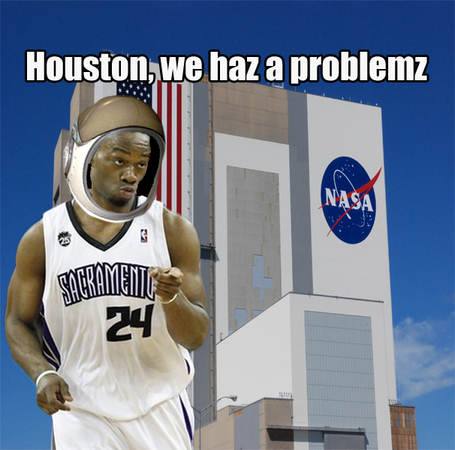 This summer Carl traveled to China as part of an NBA program. But really, he was trying to tap into the Chinese market for the All-Star game in 2011. 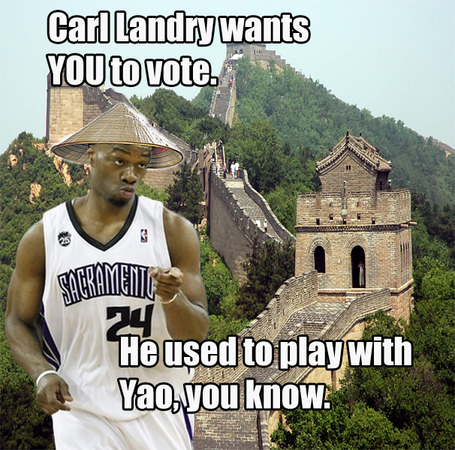 Did you hear about those Russian Spies the government found out? There's still one on the loose. (Caption says: Carl Landry, Russian Spy. At least that is what my free internet translation service says) 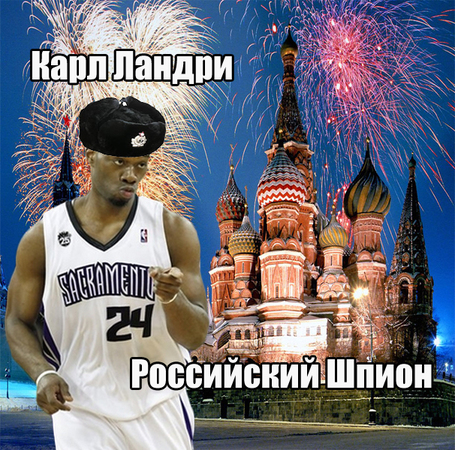 Uh-oh, looks like Carl got his hands on the keys to the Time-traveling Passat that section214 used to build the Kings' All-Time Roster. He's headed to the future first, where he doesn't like what he sees. 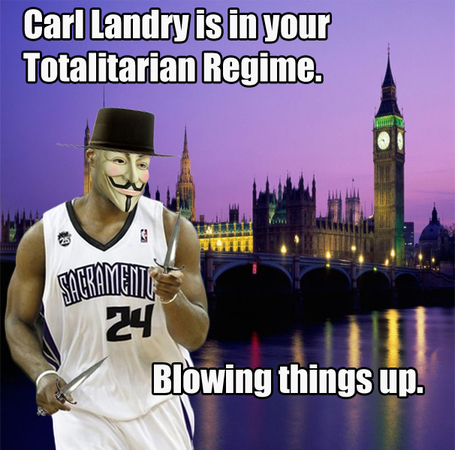 Not content with blowing things up in England in the future, Top Hat wants to do it in the past too. 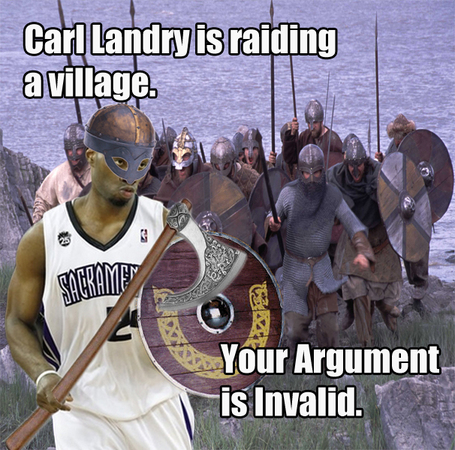 Now its time for a little R&R on the high seas. 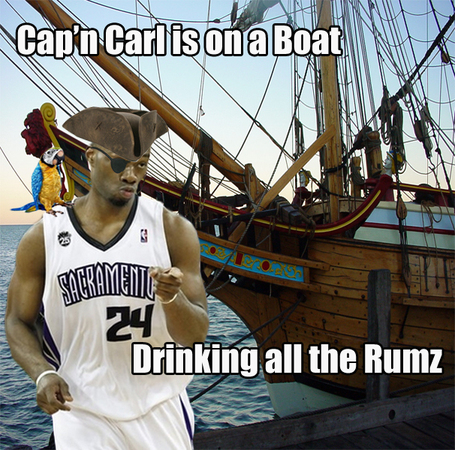 Here's a template for those who don't have Photoshop: 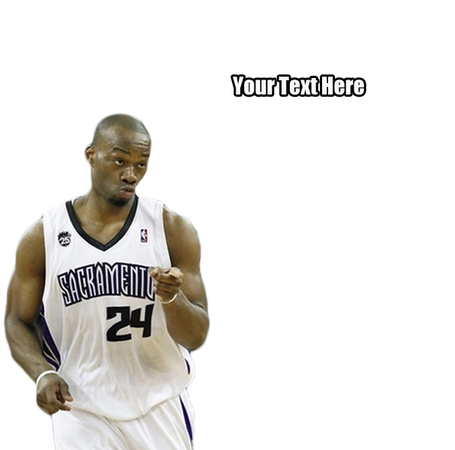 And here's the .psd file for those who do.

Can't wait to see your creations! Rec the ones you like, and if you have an idea but not the skills/software/freetime to make one, feel free to request and I'll see what I can do.