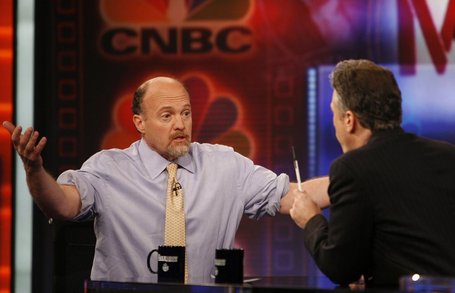 "I effed up, Jon. I rated Garcia and Udrih strong buys. But it's not like I put a gun to Geoff Petrie's head."

With the exodus of such epic contracts as those belonging to Mike Bibby, Brad Miller, Kenny Thomas and Andres Nocioni (to name but a few), the award of most God-awful Kings contract has to be bestowed upon a "new" Kings player, right?

The Kings currently have 14 players under contract. An amazing ten of those players are currently playing under their first NBA contracts, making all of these guys either great value (see Evans, Tyreke and Landry, Carl), fair value (see Thompson, Jason, and Greene, Donté) , or no big deal in relation to their contract size (see Jackson, Darnell and Sloan, David).  Of the other four guys, Samuel Dalembert has an expiring contract, and Antoine Wright is making less than $900k.

Let’s start with Cisco. Before he was felled by a rogue exercise ball, Garcia had put together rather similar back-to-back seasons. In about 28 minutes a night, Garcia averaged about 12.5 points on about 56% true shooting, 3.4 boards, 2.0 assists, 1.2 steals and 0.8 blocks per game. He started about 39% of 144 games that he played over this period. All in all, pretty decent 6th man numbers. Garcia played both shooting guard and small forward (and even some point guard) during this period, and a lot of his playing time was determined by the availability of Kevin Martin,  John Salmons, and Udrih.

A quick look at 2010-11 salaries (source: DraftExpress) shows 67 shooting guards, earning an average of $5.6 million. Garcia ranks about 20th on this list, and his salary is about right on the average. Yes, a guy like Kobe Bryant ($24.8 million) can skew these numbers upward, the same way that Marcus Thornton ($762k) or Michael Finley ($315k) can skew the numbers downward. As a player on his second contract, Garcia cannot ascend to the highest highs of the magic third contract, but he is also not paid the "pittance" of players on their first contracts (Hey, NBA – Pittance me, pittance me!).

Udrih would rank 17th amongst shooting guards on the pay list, making about $900k over the average. He also ranks 17th amongst 46 point guards, and he makes about $700k more than the $5.8 million average.

Udrih makes more in relation to his contemporaries than Garcia, but Udrih had the better season (and especially 2nd half) last year, so he is thought by many to be the better value. Once again, if Udrih is overpaid, it is a very slight amount by NBA standards.

The best thing about this is that neither one of these guys has a salary cap clogging contract. Neither of these guys will prevent the Kings from making moves, and the Kings do not have to give away assets to unload either one of these guys. And both guys will effectively be down to two-year contract status by next year, making them much more moveable, if the Kings so desire. We’ve seen both sides of Udrih, so it’s anyone’s guess how he will react as this team continues to develop. If he is the Beno that played out the season last year, life is good. And I can’t imagine Garcia making waves on a team. He was an asset to Casspi and Greene while wearing a suit last year. Imagine his potential overall contribution if he is actually in uniform. It is not out of the realm of belief that these guys could actually be fair value by the time their contracts have run their respective courses. Or not.

Bottom line? Wringing our hands over atrocious contracts is over, at least for the time being. It’s a tough habit to break – we’ve been conditioned over the past few years. And that’s not to say that Garcia and/or Udrih might not still disappoint. It just says that if they do, the money is really not a factor.