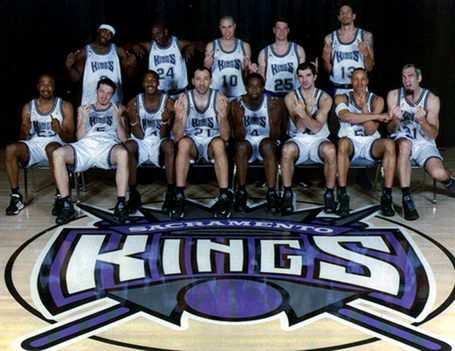 The Passat was not better off for my "decision" to let Webber drive. C-Webb’s driving style was a lot like his basketball style – he definitely preferred offense over defense. At one point during the time jump I asked for a timeout, and Webb looked at me with an evil grin and sneered, "Sorry, you’re out of timeouts. Mwa-ha-ha-ha-ha-ha!!!" Williams threw up all over the dash – "I’m f*ckin’ sorry, guys. I really f*ckin’ am." When we got Pollard out of the trunk, he was rambling on and on about a game of Texas Hold ‘Em  that came down to him, Doc Holliday and Mother Teresa – MT won with four King of Kings. We initially couldn’t get Barry pried off the roof. Vlade and Peja were giggling like schoolgirls.

I decided to economize on this trip. I knew that I wanted to pick up Hedo Turkoglu and Bobby Jackson, both of whom arrived in 2000. But since they were also around in 2001, I set the radio dial and headed back out, accompanied by The Dave Matthews Band -

You cannot quit me so quickly
Is no hope in you for me
No corner you could squeeze me
But I got all the time for you, love

Hedo Turkolglu’s best of his three seasons with the Kings saw him score 10 points, grab about 4.5 boards, and dish a couple of assists a game. He was part of a ridiculously deep bench. The 2001-02 team sported a starting five of Webber, Divac, Stojakovic, Christie and Bibby. Jackson was the first guy off the bench, followed by Pollard and Hedo. That left Lawrence Funderburke and Gerald Wallace in the 9th and 10th chairs, with Chucky Brown and Mateen Cleaves filling out the roster. Hedo and Pollard were dealt in 2003 for Brad Miller. Like Pollard, Hedo was a fan favorite. Like Pollard, I was punching his ticket to the future.

Bobby Jackson. Need I say more? Perhaps the most beloved of Sacramento Kings, B-Jax played with head, heart and soul. You always got your money’s worth with Bobby Jackson. I wish that I had a time machine limo, so that B-Jax could make the jump in appropriate style.

Mike Bibby was even worse – he insisted that "Team Dime" come along. This was really almost a deal breaker for me, but how do you say no to the guy that hit perhaps the biggest shot in Sacramento Kings history? I would have to figure all of this out once we got out to the VW. I did have an idea, though, so I asked Bibby to bring his trench coat with him.

We got out to the time machine, and Jackie quickly jumped into the shotgun seat. Doug got in the backseat right behind her, and flashed his pinky and index finger so that Jackie could see it from her vanity mirror. Jackie told Doug to put on his seatbelt and sit up straight. Bibby and B-Jax filled out the back seat, which meant trunk time for Hedo. Before closing the trunk lid, I placed Bibby’s trench coat into the trunk, shoulders first, leaving the bottom of the trench hanging out of the trunk. I invited "Team Dime" to grab hold, figuring that they had become quite adept at hanging onto Bibby’s coattails.

I wanted to pick up Brad Miller (2003) and Kevin Martin (2004), but I knew that the time machine was on its last legs. I figured to pick them up in 2006, along with my last blast from the past. I relied on the Foo Fighters to get me there–

Has someone taken your faith?
It's real, the pain you feel
The life, the love
You'd die to heal
The hope that starts
The broken hearts
You trust, you must confess

Were you born to resist, or be abused?
I swear I'll never give in, I refuse

Center "A" had per game averages of 13.2 points, 7.8 boards, 1.2 blocks, and 3.7 assists, while center "B" averaged 13.5, 8.7, 1.0 and 4.1. Statistically, center "B" is superior. Center "A" is Vlade Divac, while center "B" is Brad Miller. What the stats don’t convey is the impact that Divac’s presence had on his team. The stats also don’t convey that Miller finished out his run in Sacramento like a bit of a punk, devaluing himself to the point that the Kings had to throw in a fair value John Salmons and take back Andres Nocioni in trade in order to get rid of him. Nevertheless, Miller was one of the top centers in Sacramento Kings history, and if Webber had two good knees, Miller might have had the occasion to light at least one championship doobie.

Four Sacramento Kings have averaged at least 20 points a game three times – Mitch Richmond (7), Chris Webber (6), Peja Stojakovic (4), and Kevin Martin (3). Like Richmond, he unfairly took the hits as the best player on a bad team. Like Webber, there is no telling how much higher he might have reached had he been able to stay healthy. Like Peja, he was a fall-out-of-your-chair joy to watch on offense. Kevin Martin was coming to camp.

Ron Artest. Come on. How do I possibly run this camp without Ron Artest? There have been better players in the Sacramento era, but the uniqueness that is Ron Artest shall not be denied. You couldn’t help but love the big lug, even when he was breaking your heart. Ron was part Christie, part Pollard, part OP, part Vernon Maxwell, part immoveable object, part irresistible force.

Now that I had these guys, how was I going to get them into an already full car? Miller opted for the trunk, and he and Hedo shared mischievous smiles as I closed the trunk lid.  We ensconced Martin in bubble wrap and strapped him to the roof. Artest insisted on running alongside the time machine – "Just throw me a rope, dammit!" demanded Dan-Dan. He gave Jackie Christie a wink and a nod – "How you doin’?" – and I started the VW.

With that, we set a course back to 2010. As the time machine wheezed its way to 88 miles per hour, I caught a glance of Jerry Reynolds out of driver’s side-view mirror. His arms were folded, and he had a very satisfied look on his face. My face broke into a slight grin, and light once again filled the cabin. The last thing I heard was Artest, screaming in glee from the side of the time machine. "YEEEEEEEEEEEE-H…"

We somehow arrived back in 2010 for the final time. Team Dime was now Team Nickel, as we had lost about half of them on re-entry. I popped the trunk, and Miller and Hedo were giggling uncontrollably – they were baked. Martin made it through the trip alright, but then Bobby Jackson accidently slammed K-Mart’s finger in the car door. Jackie Christie unbuckled Doug’s seatbelt, then got back into the car and waited for him to open the door for her, at which point she led him into the practice facility. Artest was standing there with a pulse rate of about 48, not sweating a lick, asking if we could do it again.

At about this time Tyreke Evans was also entering the facility. I asked him if he would like to join us. Evans smiled, and agreed to deviate from the blueprint. He put one arm around Martin, and the other around Artest, and they all walked through the practice facility doors. Camp was now open. 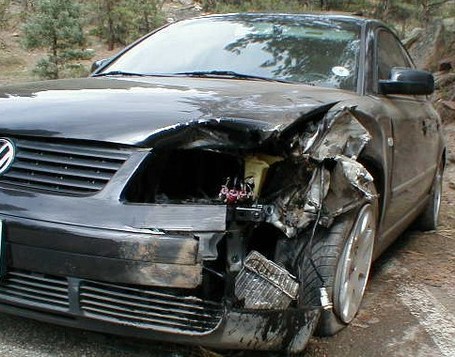