Share All sharing options for: Your Top 50 Sacramento Kings 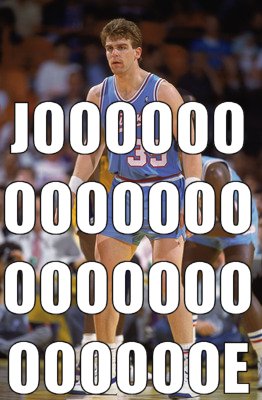 With the selection of Joe Kleine at #50, we've completed a process that began all the way back on August 15th, ranking nearly a quarter of the players that have suited up in a Sacramento Kings uniform.

We're not done yet though.  Unfortunately, the lockout rages on, leaving us with a lot of free time on our hands.  Someone suggested that we continue to vote and rank for Kings until the lockout ends, which would mean possibly ranking all 210 players in the case of a missed season.

For now though, we're going to take a little break before we continue.  We might do a different ranking for a couple weeks or so, perhaps on the Top 10 Sacramento Kings (non-players edition) or Top 10 Moments in Sacramento Kings history or something.  Maybe both. Feel free to suggest other ideas in the comments.

As for the Top 50 Kings, the full list is after the jump, as well as on the left-hand sidebar.  Nobody is going to agree with the rankings 100% (Ziller has already docked me $3,000 Zillerbucks for not including Donté Greene in the vote), but I think that overall, we did a pretty good job.