24Q: Playoffs? We Talking About... Playoffs?

Share All sharing options for: 24Q: Playoffs? We Talking About... Playoffs? 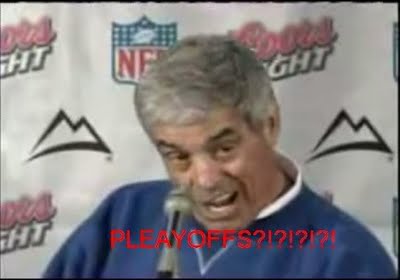 Throughout yesterday's media day, many of our players stated that the goal this year was to make the playoffs. As far as goals go, that's a fine one, and it's definitely something the team should have in its sights.

But is it feasible? I know some around here have been throwing the P word rather nonchalantly, especially when talking about adding maybe one more veteran piece like a Kirilenko. I'm a little more wary though. The Western Conference is still ridiculously tough, and this Kings team is young. They've added four new players to the rotation, and while Hayes and Salmons are vets, it's going to take a while before they begin to gel with their teammates, especially due to the abbreviated training camp.

We have talent, yes. But we don't have much experience at winning games. This team has won 66 games total in the last three years. We were the 5th worst team in the league last year, and likely would have been worse had Marcus Thornton not come along and helped spur a nice run to end the year. This team needs to learn how to win, and I'm not sure they can make the jump from where they were last year straight to the playoffs this year, especially given the competition.

Last year in the West, the 7th and 8th seeds won 46 games. In a 66 game season that would be 37 games. The 9th (Rockets), 10th (Suns) and 11th (Jazz) all played near .500 ball. Aside from the Hornets, and maybe Nuggets, none of last year's playoff teams have truly downgraded. The Mavericks, Thunder, Lakers, Spurs, Grizzlies, and Trailblazers all still seem to be locks for the playoffs. Add to that list the new look LA Clippers and there seems to be only one spot in the West in true flux (barring injuries and trades), and the Kings will have some serious competition.

So I don't see playoffs in the picture for us this year. I'd love to be proven wrong though.