It's another year of Kings basketball. With one pre-season game under their belt, Coach Westphal and the team face a tough challenge - new players, young players, little practice time and a tough first half of an already tight season schedule. Emotions will flair as I don't think this team will go 66-0 and many will be disappointed. I found this script from an old B&W movie that I saw on EweTube. I hope sharing it with you all helps. 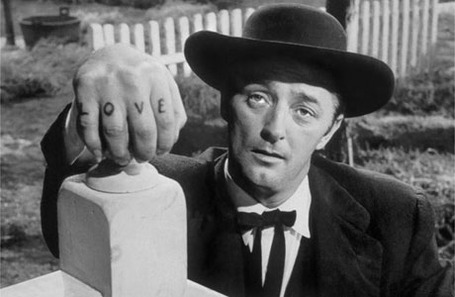 (key movie Western Stagecoach music)(we hear the walk of a man that is wearing spurs) (Camera goes from long view to shadow and freezes, then slowly advances to the increasingly lighted form, it reveals a guy wearing a purple Ed Hardy shirt and a Jester’s cap with bells).

Narrator (Sam Elliot voice): "He came from a land where sophistication was spelled phonetically. He knew how to dress but not what to wear. He knew of the other Legends: Billy the Kid, Jesse James, Butch and Sundance and fashioned himself after Yosemite Sam. He was known as ‘Querque Joe Malinda. He came out further West with his fortune to stake his claim in Gold Country." (Western music, rattlesnake, whip cracks as volume swells up briefly).

Narrator: "Now ‘Querque Joe came out to the land of gold with one thing in mind: Bright lights, burgers, wine and more gold. Him and his brothers, G1 and G2, they banded themselves together and took their fortune, which their daddy, Pops Malinda, had made selling hooch and made themselves Kings. And for a time, the money flowed and they were the toast of the town. The Saloons were filled, the piano played cheery and bright, and then there were the dancing girls. My goodness, the dancing girls were famous. People would come from far and wide to see the show. But then their patch of gold country hit hard times (fading saloon piano music)

‘Quergue Joe: "Fellas, I want to move where the lights are brighter and we can buy even more burgers and wine and wear shirts so fine they glitter. My brothers, it’s time to head out and rustle up a new claim. Pull up the stakes and leave this town high and dry like we found it. Let the saloon make it on it’s own."

Narrator: "and so they went. They headed down South to join up with a band of no goods in a town where the polecats, pedestrians and peacekeepers alike all played until dawn. Like a catfish drawn to cut bait, The Malinda brothers built a new saloon in this desert town. In place of dancing girls the Malindas built a gambling house. Their notoriety grew and they became intoxicated with the spotlight. If one gambling house was good – a second newer and bigger casino was better. Right while finishing the roof on their new enterprise, famine struck and struck hard. Good folks, roughriders and poachers didn’t carouse the saloons no more. The Malindas had bills to pay and little gold to do so. ‘Querque Joe sold off Pops Malinda’s hooch factory back home. But it wasn’t enough. And then they remembered.

‘Querque Joe: "Oh yeah. Uh, we still got us a saloon and dancing girls up north there in Gold Country. I almost forgot. Tell you what."

‘Querque Joe: "Maybe we ought to spend some of what little money we have left and clean up the saloon and dancing girls venture. Then, again. Maybe not. We can pretend. Those Gold country folks don’t know no better."

Momma Malinda: "Your daddy would be so proud"

Joe, the Brothers and Sister: "We are tycoons, Momma, and tycoons only go where the lights shine brightest. We are staying right here. We just thought we could move the saloon down near this desert town here and join up with that varmint with the broads and the birds, Sam the Mouse also known as Mule Eye Sam. He’s got a plan."

Narrator: "A few years went by and so the good people of Gold Country were left to fend for themselves. Until that is, when a stranger in a long black leather overcoat and a black bowl shaped Stetson and a white collar and a bow tie entered the scene."

Stranger: (an odd combination of Clint Eastwood and Jerry Reynolds)"Well, oohey poohey" (camera pans to his face, he squints his eyes and puffs on his cheroot, a lone flute flitters ).

Narrator: "The people of Gold Country felt low. The dancing girls who made them famous had retired and left. The piano was out of tune. The saloon had mud puddles around the hitching posts. Times was hard. Times was bad. Though they had barely a coin to spend, they had to hire some new dancers and they was young and pretty but they didn’t know the steps just right."

Stranger: "Good people of Gold Country. I see you need help. Your dancers can’t dance. Your saloon needs a-fixin’. ‘Quergue Joe and the Malinda Clan have abandoned you. I am asking you to pull yourselves up by your bootstraps and let’s band together to fight for what’s right. But it’s going to take time. Mayor Johnson, you work on building a new saloon without no Malindas, you can’t trust’em. Bartender Geoff, I will talk to the Governor and get you some more gold and it’s up to you to find some dancers that can dance – you’ve done it before, I know you can do it again. And don’t fire the choreographer! Not yet, anyway. And lastly, you good townsfolk of Gold Country who have lived through the bad times – the long nights of bad dancers, missing piano keys, ripped curtains, busted spot lights and the spiteful laughter of those big city reporters – It’s gonna be okay. Maybe not tomorrow, but give it time and EVERYONE JUST CALM THE F*** DOWN.

Stranger: "My name? You can call me The Patience Preacher. You will hear from me from time to time. The roads in Gold Country is harder than most. The sun shines bright but sometimes all you see is the cow patties. But you townsfolk are a good and faithful lot, your hearts are in the right place. I will remind you to keep your eyes ahead. The dancers will be high kickin’ soon and you will be a hootin’ and a hollerin’ just like once before. So just set a spell and give them a chance. It may not happen as soon as you want, but when it happens, you’ll be glad you were there." 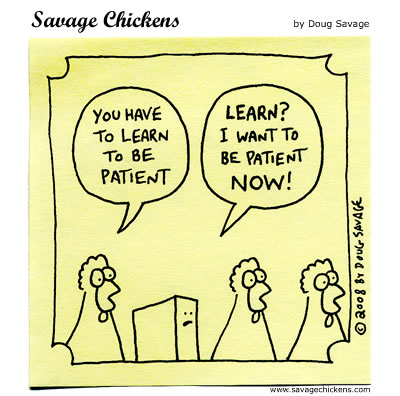