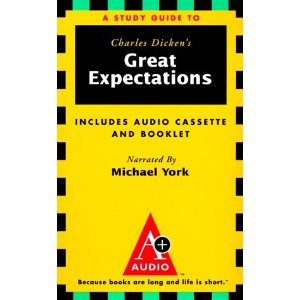 I need your help. I have found myself completely unable to come up with expectations for this current Kings team. I blame the following contributing factors for my dilemma:

· The Lockout This completely destroyed my off-season internal clock. One minute I’m bemoaning the re-acquisition of John Salmons, and the next thing you know, TZ turns off the power at the StR offices, forcing Aykis, rbiegler, G and me to survive on saltines and warm Red Bull. The conversation early on revolved around our rookies, but it quickly devolved into how your hands can look like claws when the moon comes through the transom window in just the right way. Thankfully, the lockout ended the same day that rbiegler took on the appearance of a large drumstick. Don’t worry, ‘biegs, it will eventually heal up. Sorry about that.

· The Lack of Training Camp The lack of sound bytes bites!

· The Lack of Preseason There is so much mystery right now. How will the small lineup really work? What is this new offense, and how was it installed in such short time? The core rotation is 60% new players, and the new starting lineup is 40% new, and that’s including Thornton as an incumbent.

· The Team Somehow Got Younger The average age of the roster on opening day last year was about 25, which is a year older than this current squad.

· Chuck Hayes is Our Big Acquisition Not bashing Hayes here, as I love what he brings to this team. But is this really what we were hoping for from this offseason? I mean, how much better are we with Hayes/Hickson/Salmons/Outlaw over Dalembert/Casspi/Udrih/Jeter? 3 games better? 5? More? Less?

· The Compressed Schedule I didn’t even have the smell of champagne and hookers off of me from the win over the Lakers by the time the Portland game started. And it’s going to be like this all season. If this team gets in a rut, there could be no getting out, as practice time is going to be very hard to come by.

As a result of all of this, I’m not sure what I should be looking for from this team right now. Make no mistake – when I went to opening night, I would have been disappointed with anything other than a win. And while I was not really counting on a win in Portland, I was hoping for a better showing.

So I’m stuck between having continued patience for a very young and inexperienced team facing a less than perfect schedule, and holding the franchise to its commitment to be appreciably improved coming into this season. There’s a part of me that is convinced that this team will be better later than sooner, that this season of attrition will play to the favor of this squad’s youth and depth. But there is another part of me that sees this team getting smoked by the tough early schedule, leading to more lineup and perhaps even coaching changes.

So I’m reaching out for your help. Guide me. Tutor me. Help me. Save me! What should my expectations be for this team this year? Where do I take solace, and where do I have concern? Who do I credit, and who do I blame? I’m staying completely out of this thread as a participant, and I will let the majority opinion shape how I view this team for 2011-12.

I’m counting on all of you. After all I’ve done for you, I think it’s the least that you can do for me. Thank you, and God Bless America.