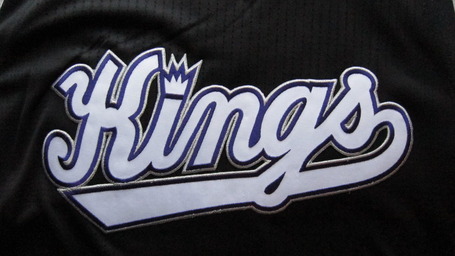 Photo courtesy of Kings.com
You might have seen them in NBA 2K12, but today it's official. The Kings are "Back in Black". Fans have been clamoring for a return to the black jerseys ever since they stopped wearing them in 2002 and they're finally back. Although these jerseys are not replicas of the black uniforms the team wore in 2002, they are still very, very nice. Gold Lamé these are not. The jerseys are officially for sale as of today and you can get them through the Kings Team Store.
In other exciting news, the Kings will be wearing the jerseys for the Home Opener, and the game itself will be a "blackout". Every fan attending will receive a special Black Kings t-shirt to wear during the game (yes, you'll keep that). The team will also wear the jerseys for the second game of the season, a road game at Portland. The jerseys will be worn somewhere between 12-15 nights this year as a road alternate jersey. That number is currently tentative as 15 was the number for an 82 game season. The Home opener is currently the only confirmed home game that the team will wear the jersey on, but there is the possibility one or two more home games could be added to that.

The Kings are kicking off this jersey announcement by announcing the sale of the "Back in Black" ticket package, which includes the first four home games of the season: Lakers, Bulls, Knicks and Hornets. Buyers of the package will also receive special commemorative T-Shirts for each of those four games. For more on that ticket package, check out Kings.com today.

After the jump, some more pictures of the jersey. 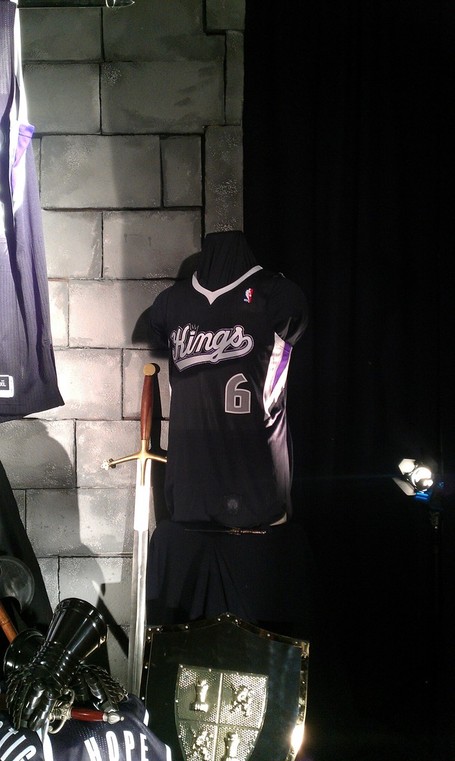 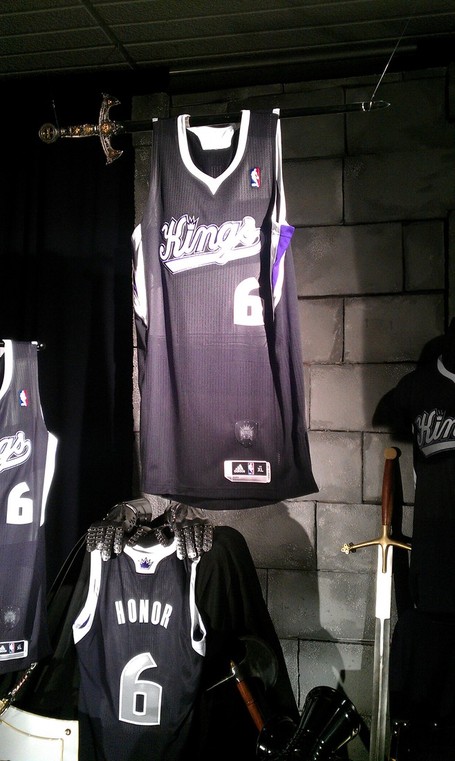 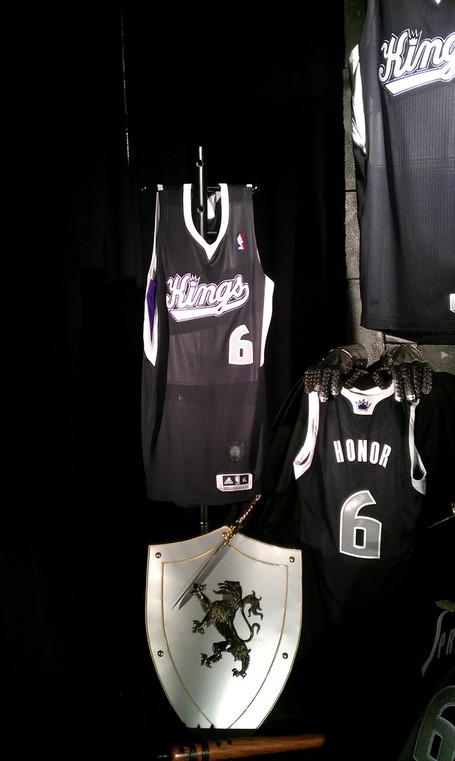 Swords and shields not included.