Prudence consists of the memory of the past, the ordering of the present, the contemplation of the future.^

It becomes more clear every game that the light at the end of the tunnel is Glory and not, say, a train's lamp. The Kings have improved to the point that no win is surprising, and that it'd be more of a shock if the team played a completely awful game than if they play beautifully. There are still myriad problems, and it will take several leaps to turn this current leap into winning basketball.

Those several leaps could come at any point in the near future, including but not limited to this trade deadline in three weeks' time, the 2011 NBA Draft, free agency and the summer trade market. In all likelihood, the leaps -- or attempted leaps, as it were -- will come from all of those places. In what hierarchy or more importantly with what success remains to be seen. 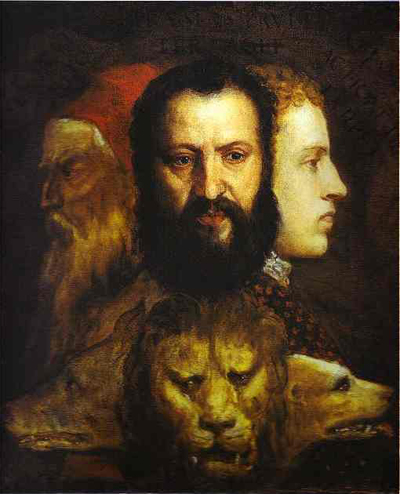 When they mark on the calendars the date the Kings of the turn of the millennium renounced their losing and prepared for Glory, it usually falls right around the date of the trade for Chris Webber. Webber was the largest trophy of 1998, a coup of a trade and a spark that directly led to the team's rise. We all remember and revisit how important every other piece was too: the signing of Vlade Divac, the work to bring Peja Stojakovic to the States, the choice of Jason Williams, the hiring of Rick Adelman. We recall these as coups in retrospect but, like any decisions in the public sphere, there was doubt. We, or many of us at least, needed to be convinced. About Williams' ability to stick in the league. About Webber's commitment to basketball. About Divac's impact as compared to his salary. About Stojakovic's domestic translation. About Adelman's ability to win in the playoffs. There were doubts everywhere. Geoff Petrie didn't seem to share them, or at least internalized them enough to be able to function as a decision-maker. I suppose as a very public decision-maker, as all GMs are, you have to internalize doubt enough to function. Perhaps that comes off as a cocksure attitude privately or, in the case of David Kahn, very publicly. Perhaps it eats away at your conscience and, well, your subconscious. Doubt is one hell of an emotion, especially when it turned on its host.

When I doubt, or when we doubt what happens in the trade market, or what does not happen, that's simply a manifestation of fear, fear that the light isn't Glory, that it's a train's lamp, and that when we reach it that train will simply and swiftly knock our asses back to the start of the tunnel. That fear can't be managed by the memory of the past, at least not for me. The fear stems from the ordering of the present -- that win-loss record, primarily -- and contemplation of the future. In theory, Memory informs Contemplation, with Ordering providing the framework. Memory, in this case, is that of a phoenix rising from the ash, from nothing, from desolation and a severe lack of anything remotely pointing at a brighter future. I want you to look at the roster of the 1997-98 Sacramento Kings. There's nothing there. The best player was 32 and angry, the best young player a 24-year-old garbage man. What Petrie conjured from 1998 was new matter. In Biblical terms, 1998 was Monday. One long Monday.

In 2011, Monday's come and gone, and we're back around to next Monday. The 1998 Kings were built in a one day, metaphorically speaking. These Kings have been rebuilding for five or six years. The pieces considered in our Contemplation have been around a year or more, in some cases. Some were a part of that Contemplation before disappointment led to their ouster (Kevin Martin, Spencer Hawes specifically). What if these pieces -- Tyreke Evans, DeMarcus Cousins, Omri Casspi -- fail too? In 1998, there was little time to consider that. Time, more specifically idle time, is the oxygen of Doubt. Evans and Casspi have been Kings for more than 100 games, most of them losses. Cousins is nearly 50 games in, most of them losses. Time is the oxygen of Doubt, and this rebuild, this Ordering is taking and will take a lot of time.

When Titian painted Allegory of Prudence, he meant it as a commentary on the necessity of learning from the past in order to figure out what's going on and to best move into the future. Optimists read that as trusting Petrie, who has done this before, to make the right decisions. Optimists see Evans and Cousins as a veritable head start on what Petrie had in 1998. We pessimists read that as an alarm at how different the situations are, that Petrie has rebuilt a team from scratch, but without incorporating young pieces that need to be augmented and placed in position to flourish.

I will never for one second blame the optimists who know that it's Glory and not a train at the end of the tunnel. I'll never blame you, because I wish I was one of you. But in my Contemplation, something awful about the Memory of how 1998 went down and something terrible in my Ordering of the present marches Hope right into the corner. No matter how much I try to bring Hope back into the spotlight -- and trust me, every win, every 20-point night for Cousins, every clean jumper by Evans ... all that helps -- it just doesn't last. I wish it were different, and I wish I were an optimist right now. But (my version of) Prudence won't let me scream from the rooftops and believe what you've said about that light. My Prudence won't let me believe, at least not yet, not with this structure, with these tools and toolmakers.

I wish it were different.