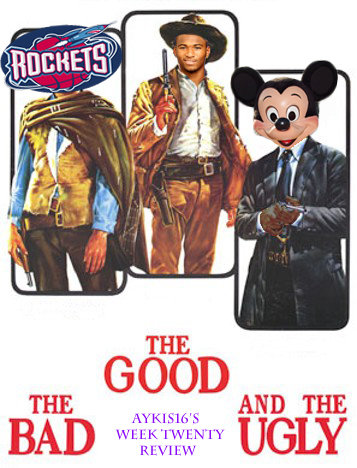 What a terrible logo. Almost as bad as the McDonald's uniforms they wore. But not as bad as the blowout we suffered at their hands while they wore those uniforms. Ugh. I'm kind of sick for rooting for a bad team.

Now that Francisco is back, and also back in the starting lineup, our teams depth has improved. Now Sacramento can bring in Omri off the bench, something that he's been pretty good at this season, although he had a bad game against New Orleans. Still, now the Kings can have shooting at the SF position all the time. Obviously it impacts Donté's playing time (he only played 5 seconds this week) but thats the way the cookie crumbles.

Yeah he can shoot a bit too much sometimes, but its awesome having another legitimate scoring threat. If only he had some help though.

Not many people mentioned it, but Pooh's 15 points against San Antonio were a career-high. It came against great competition in Tony Parker and George Hill too. Well done Pooh!

I like the new-look Sammy D/DMC starting lineup. It finally plays to our size advantage, with Sammy taking the better offensive player on defense and DeMarcus being the focal point on offense. It's the best of both worlds, and its a likely glimpse into the future of DMC playing Power Forward a la Zach Randolph. Position doesn't really matter to me with DMC, as long as he's paired up with an athletic shotblocker, which Sammy D is.

Losing Beno hurts more than it looks. If you haven't noticed, our backcourt depth really isn't all that great!

More close losses! Yes, they were against great teams in the Magic and Spurs, but the Kings had a lot of opportunities to win both these games. Still, nothing to be ashamed of, but a loss is a loss is a loss.

The Kings hit only 19 threes in 4 games this week compared to 30 for the opponents. New Orleans was the only team to hit less than 8 against us. Sacramento still has a problem defending the three point line.

1. Blowout at Home to Houston

This was just an embarrassment, especially considering most of the difference in this game came starting just a couple minutes before halftime and after. Houston has a good team, but they're not elite or anything. The fact that DeMarcus scored 20 points on them in the first half too meant we should have been able to continue to exploit that advantage, yet he didn't score at all in the 2nd half and only took 5 shots as well.

This was a game Sacramento could've won. All year the Kings have matched up well with the Hornets and this was no different, despite the starting backcourt for most of the year being out. The Kings were even leading after three quarters, yet New Orleans went on an 18-3 run to start the quarter and put the game out of reach much sooner than it should have been.

DeMarcus makes this list almost exclusively because of his career-high 29 points against Dwight Howard, the reigning two-time Defensive Player of the Year and consensus best big man in the NBA. Still, he had other good performance as well, including 18 points against Emeka Okafor, and 20 points in 1 half against Houston. Big Cuz is coming along nicely.

They should rename themselves The Stay Guys

Jerry (singing to himself): Clowns to the left of me, jokers to the right, here I am stuck in the middle with you.

"I’ll bet if we buy Muir Woods and chop it down, we can make just enough crosses to nail up all 17,317 of these suckers."

Jerry Reynolds (thinking): "I’ll bet if I smash this monitor over their heads, no jury within 100 miles would convict me."

And my personal favorite: 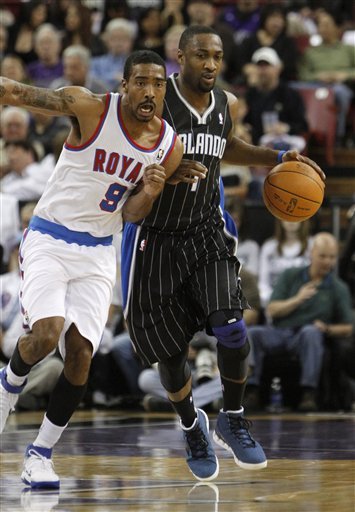 This week's caption contest winner gets to post a Fanshot of Duff McKagan supporting the Kings staying in Sacramento because apparently nobody has posted this 4239 times! STOP POSTING IT. Please.

First things first: Kemba Walker is a scorer. This guy can score in bunches in almost any way imaginable: From long-range, slashing to the basket, mid-range, getting to the line, etc. You name it, he scores that way. He's super quick, has excellent hesitation and ball-handling moves that makes it almost impossible for a defender to stay in front of him.

While Walker is a scorer first and foremost, he's still a creative and willing passer as well. In fact his passing stats are lower this year because Connecticut needs him to score.

His defense isn't bad, but it does raise a question due to his size. He's incredibly quick and strong, but NBA guards could take advantage of the size difference and simply shoot over him, we've seen that already this year with Pooh.

Still, there's no doubt in my mind that a backcourt featuring Kemba Walker will be one of the deadliest. Walker and Tyreke together? Defenses wouldn't know how to react. The problem is the Kings might have a problem with Marcus Thornton in the mix as well. There are only so many balls on the court at once (Hint: Its less than two)

With all this talk of relocation, has your enthusiasm for the Kings waned? I can't lie, I've felt my interest slipping at times lately.

3/14 v. Golden State W (Because I'm not allowed to say we're ever going to lose to the Warriors, its a clause in my contract)

3/18 v. Philadelphia L (Spencer Hawes is going to tear us a new collective rectum. I'm going to conservatively estimate he scored 75 points, grabs 66 rebounds, and blocks EVERY SHOT EVER, including Free Throws)

Nostradumbass Record for the Season 28 - 35