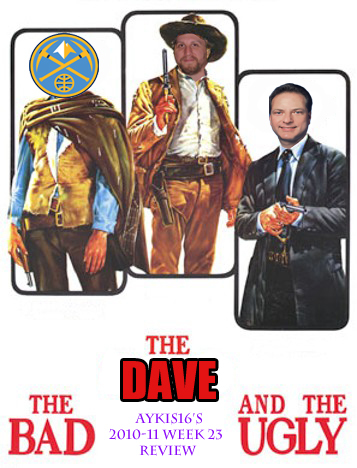 Denver is a bunch of party poopers.  Here we are, enjoying our first 4 game win streak in what feels like a bajillion years, and they have to beat us twice in a row.  Throw us a bone here!

1. Tyreke is Back (The Real Tyreke)

Yes, his shooting performance against the Nuggets last night was probably his worst performance so far as a King, but every player has a bad night every once in a while. The fact remains that Marcus has added that extra dimension this Kings team has badly needed in a consistent perimeter threat.  His rebounding has also been quite stupendous for an undersized guard.  It's actually been slightly above Carl Landry's rebound rate (which has gotten even worse with the Hornets if you can believe it).

The #HereWeBuild campaign that started out as an innocent tweet by Carmichael Dave has blown up to a full movement.  So far over $300,000 has been pledged, with Jiffy Lube in Sacramento coming through in a big way with a pledge of $30,500 and through 6 digital billboards in the Sacramento area.  If you want to pledge or haven't, you can visit the HereWeBuild website, or pledge via Facebook or Twitter.  Stay tuned for more updates on this.  Who knows where this movement goes, but its nice to see that Sacramento isn't going down without a fight.

4. Another 4th Quarter Comeback Against Phoenix

The last 3 times the Kings have played the Suns the Kings have been down by double digits in the 4th quarter.  The Kings have won all three of those times.  Never give up.  Never surrender.  These Kings personify the Here We Stay mentality: It might have a really small chance of working out, and we likely still will lose, but we won't EVER give up.

5. Jason Thompson's Shooting (Not from the FT line)

I just want to give a shout out to our very own HighTops.  You've done a great, great job with all the scouting reports this season, and even with all that has been going on with the relocation rumors, you continue to do them and provide some valuable insight on opposing teams.  Keep up the great work and everyone be sure to read and rec HT's scouting reports for the rest of the games, if you're not already.

1. Losing to Nuggets Twice in a Row

These new look Nuggets are quite good.  The Carmelo trade is looking better and better for them every day (they are 14-4 since the trade while the Knicks are 9-12).  Still losing to them back-to-back, especially after playing well in the first half of both games is pretty disappointing.  The Nuggets absolutely owned the 2nd halves of both of these games, and the Kings failed to adjust.  The second loss, albeit only by 9 points, was one of the least entertaining games of the season, as the Kings shot just 40% overall, 9% from three, and 65% from the Free Throw line.  The Kings also failed to outrebound the Nuggets in both matchups despite a seeming size advantage.

It does seem to me a little bit that as this season progresses and nears its end, DMC is losing steam.  He looks slower than usual out there, and is running back late on defense a lot more.  This has been most statistically evident in his rebounding I think.  Rebounding is not just about boxing out, but also effort.  DMC failed to reach double digit rebounds all week.  Both Tyreke and Marcus outrebounded DMC this week.  That's not good.  It just stresses the fact that perhaps the biggest area DMC needs to work on is getting fit.

3. Inconsistency at the Wing

This was a perfect week to highlight our glaring wing issues.  First against Phoenix, Cisco struggles on defense, but Donté comes in and fills it up for 18.  Omri gets off the bench for the first time in a couple games and has a great game as well, helping fuel a good comeback.  The next game those 3 players combine for 2-15 shooting, including 0-6 from downtown.  Finally against Denver, Cisco has an ok game, but Greene and Casspi are relatively nonexistant.  Its infuriating

Sammy D got knocked out early in the Phoenix game with a rib injury.  Luckily the Kings still won that game.  It was a credit to his toughness though that he was able to come back the next game still hurting and go against a load in Nene.  Nene demolished him, but a lot of guys would have sat out.   He came back to form last night as one of the few bright spots though.  So I guess the bad thing I'm trying to point out is, the Kings might have done a bit better if Sammy hadn't been playing hurt.

I've talked enough about this subject before.  Its bad.  You know it, I know it, and most of all, opposing teams know it.

Yes, this was extremely likely.  But that fact doesn't make it sting any less.  This could have been the moment when the Kings move to Anaheim went from possibility to probability.  Hopefully this isn't the case, and hopefully the campaign to delay the issuance of the bonds gets the required amount of signatures (around 12,000).

To take my mind off relocation talk, I started this Tumblr where I take two NBA players and photoshop them together. I'd like to thank our very own Jedi Leroy for the inspiration. Check out Leroy's original thread here, which feature some classics like Omrisco Garcasspi and Hawkman and Brawes.

Here's a sample from the website (and also my current avatar). 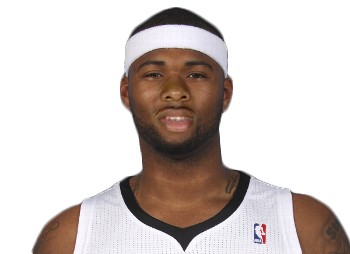 Reke has managed to shake off a bit of the rust since coming back now, and he's been producing in a positive way, even in limited minutes.  His FG% is up, his assists and rebounds are up, his turnovers are down.  Yes this is in a small sample size, but its heartening to know that his production per-minute has been up by quite a bit since he's come back.  His defense on the perimeter has also been a boost, and I think he and Marcus Thornton could be deadly together once they're at full strength.  Evans slashing ability and Thornton's shooting both have to be respected, so they complement each other nicely.  We've got 9 games left to see how they work together.  So far it's looked promising.

Not cool bro. Not cool

Way to kick a brotha when he’s down

Looks like Dally has been taking spin lessons from Beno.

Last Week's Runner-Up (Since its a GIF and not a Photoshop): chenp22 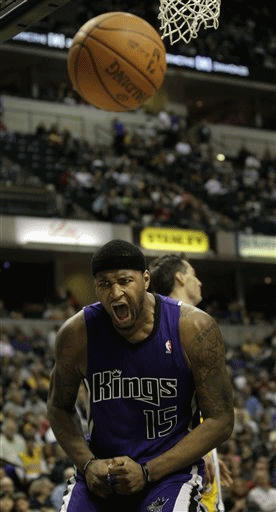 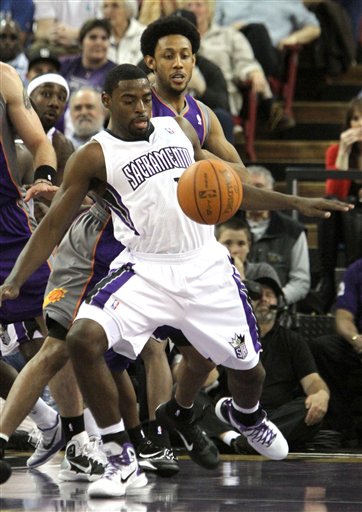 This week's caption contest winner gets to pledge $300,000,000 to the Here We Build campaign, courtesy of Bernie Madoff.

Thanks to the tourney, much of America was introduced to Derrick Williams earlier than expected.  He delivered too, almost singlehandedly willing his team through until they eventually lost to UConn.  So what's all the hype about?

Williams can do it all (except maybe make plays for others).  He defends, scores, and rebounds well.  While not a great shooter, Williams is lethal enough to keep defenses honest.  He shot an outrageous 56.8% from three this year on just under 2 attempts a game.  He's even better taking it inside and in the post (which is his preference) and he scored his 19.5 points a game on just 10 shots (59.5% shooting).  He gets to the free throw line a lot too at 8.7 attempts per game.

Although he essentially played PF for Arizona, in the NBA he's expected to be more of a SF.  Perhaps the most apt comparison for him would be Michael Beasley, if Beasley had his head on straight.  He possesses the same great athleticism and fantastic scoring ability, but in a much neater package.

This draft may be weak, and Williams might not have the freakish potential some players have, but I have a feeling that whoever drafts him will be very happy for years to come.

Knight is heir to John Wall's Throne in Kentucky and so far he's been living to the high expectations, guiding the Wildcats further in the Tournament than the very talented team from last year (which saw 5 Kentucky Players taken in the 1st round).

Unlike Wall, Knight is a SG in a PGs body, and is playing the role at Kentucky more out of necessity than anything else.  Knight's offense reminds a little bit of Brandon Jennings or OJ Mayo.  He can shoot well, but his shot selection is bad, and he isn't very good at taking it to or finishing at the basket (also like Jennings and Mayo).

His passing is mediocre and he has a 4.2:3.2 assist-to-turnover ratio.  Defensively he has the tools to be a good defender, but you wonder if the effort is there to become one.  If you're looking for more scoring in your backcourt, I'd definitely consider taking a look at Knight.  But if a floor general is what you want, look elsewhere.

Another March Madness Question: Who do you have winning it all out of Butler-VCU and Kentucky-UConn?

I'm going with Kemba Walker and UConn myself.

Still hoping to match last year's record. Gonna need 4 wins in 9 games.  But the quality of the teams coming up is not conducive to this unfortunately.

v. Utah 4/3 W (Utah is still a better team than us with Deron Williams, but they are much more beatable now.)

@ Houston 4/5 L (The Rockets are playing with a purpose to try to make the playoffs.)

Nostradumbass Record for the Season 36 - 38 (Let's get to .500!  Although I'd be perfectly happy NOT to get to .500 by being wrong on each of my predictions this week, except the first one)