The Summer of If

Share All sharing options for: The Summer of If 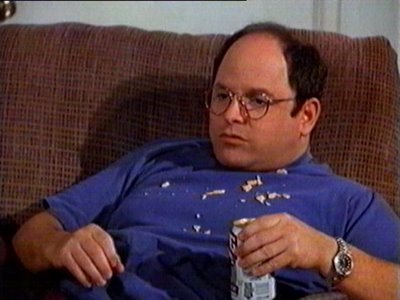 Sometimes it’s not easy being a Kings fan, and sometimes it’s really, really not easy being a Kings fan. The current period qualifies as really, really not easy. Don’t get me wrong – it is fun being a Kings fan right now, as there is no shortage of things to talk about. But the checklist of things on our collective minds is almost overwhelming. There are really so many things going on right now, I tried to put it in a workable order, so that I could prioritize when I should be agonizing over our myriad "opportunities." My list does not rank them most important to least important, but in the order that each will come to a head. I call it the "Summer of If."

ITEM – If the Kings stay - This one took up a bit of our time and thoughts over the past several months, didn’t it? Whether you were resigned to their leaving or steadfast that, against all odds, the team would miraculously remain, the emotional investment throughout this process has been absolutely exhausting. Big props to the folks that were out front leading "Here We Stay," as the physical, emotional and spiritual efforts from these folks have been absolutely incredible. And thanks to the Mayor, local businesses, the NBA, and the ground support from the fans, this team will remain your Sacramento Kings, at least through this season. Condolences to Saucy Youngfellow and the folks in Orange(tan) County. We can now check this one off the list.

ITEM – If the ping pong balls fall our way -  The NBA Draft Lottery will be held on Tuesday, May 17th. Coverage on ESPN is currently scheduled to begin at 5:30 PM Pacific. The Kings will be represented at the lottery by Mayor Kevin Johnson, as chosen by Joe and Gavin Maloof. The selection of KJ was absolutely, positively the right move here. Whether the brothers Maloof came to this conclusion on their own or were coached/persuaded/ordered by the NBA to do so, they did the right thing, so a hat tip for that.

2001 – Atlanta wound up with the 3rd pick, drafted Pau Gasol and traded his rights to Memphis for Sharif Abdur-Rahim.

2003 – The Clippers wound up with the 6th pick, drafted Chris Kaman.

2004 – Atlanta wound up with the 6th pick, drafted Josh Childress.

2007 – Seattle (via the Ray Allen trade with Boston) wound up with the 5th pick, drafted Jeff Green.

2009 – Minnesota wound up with the 6th pick, drafted Johnny Flynn.

Summing up, the 5th slot has dropped to the 6th pick 40% of the time over the past 10 years, but has ascended to the top spot 30% of the time, picking 3rd twice and remaining in the #5 slot once. The Small Sample Size Institute has reviewed and approved this statistical analysis.

ITEM – If there is a viable draft prospect when it is our turn to pick - So, at this time next week, having crossed ping pong balls off our list, we can next focus on the draft prospects themselves. We will know whether we need to concern ourselves with 1, 2, 3, 5, 6, 7 or 8 prospects. The deadline for prospects to withdraw from this year’s draft is Monday, June 13th, 11 AM Pacific.

With our draft slot set and the field of prospects secured, our next order of business will be the actual draft, which is scheduled for Thursday, June 23rd, beginning at 4 PM Pacific from Madison Square Garden. In addition to the Kings’ lottery pick, they also hold the 35th or 36th and 60th picks (the 35th/36th pick hinges on whether we pick before or after Utah via their New Jersey pick in the 1st round, as the 2nd round picks are reversed for 2nd round). One of the prevailing questions, of course, is whether we will retain some/all of our picks, or will we be wheeling and dealing, picking up veteran talent from teams looking to unload salary tax dollars? All of which is complicated by…

ITEM – If the owners and players can agree on a new CBA - The Collective Bargaining Agreement expires June 30, 2011. Upon its expiration, there will be no labor agreement between owners and players. We will see fire and brimstone coming down from the skies. Rivers and seas boiling. Forty years of darkness. Earthquakes, volcanoes. The dead rising from the grave. Human sacrifice, dogs and cats living together... mass hysteria! And even worse, perhaps no NBA basketball. After all of the efforts to keep the Kings here, how much would it suck to have a shortened or completely eliminated season?

The last time this happened to the NBA was 1998, and the lockout lasted 204 days, ending in late January and resulting in a 50 game season. While there is a lot of speculation about what the Kings might be able to do as buyers in a seller’s market under a more stringent salary cap, or how small market teams like Sacramento might fare better if a more level playing field is implemented, the fact remains that this rebuilding team can do little to grow and invest until a new agreement is in place. And any NBA work stoppage is not a positive for the City of Sacramento at this point in time. While the work stoppage may not negatively impact efforts for a new arena, it sure as hell ain’t gonna help. Oh yeah, that…

ITEM – If a new arena plan can be finalized - The City of Sacramento has until March 2012 to have a new arena plan in stone, or the Maloofs will be permitted to re-file for relocation. Amidst the current euphoria it is easy to forget that the discussion over a new arena has carried on for over 10 years now, and we still don’t have a shovel in the ground. What we do have now is a sense of urgency, a Mayor who believes in the benefits of a modern entertainment facility for the region, and perhaps even investors who understand the advantages of investing in Sacramento while real estate values are low and labor can likely be had on the cheap. Whatever the case, buckle up, because it’s going to be a bumpy ride.

A year ago at this time, we were hoping that we landed in the top four of what we perceived to be four player draft. After we fell to 5th, we talked ourselves into believing that it was a five player draft, and we were eventually delighted that DeMarcus Cousins dropped to us. After that, it was summer league and time machines and that was about it. This summer will be different. Hopefully we will see more ups than downs and more yeas than nays. Keep your fingers crossed that there will be a CBA agreement and steady arena progress and an investment of cap space dollars. Pray that when all this dust clears, the Sacramento Kings will indeed be in Sacramento for a long, long, long time, and will once again be a relevant piece of the NBA landscape.