Share All sharing options for: Jersey Sure, or How I Spent the Lockout of 2011, Episode No. 11 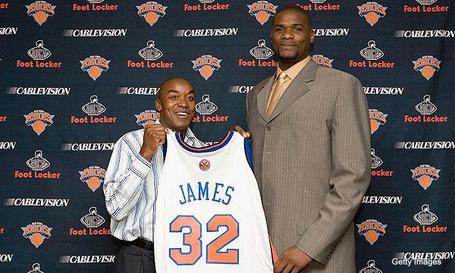 section214: Welcome to episode #11 of Jersey Sure, or How I Spent the 2011 Lockout. Today we wrap up the trip through uni land, with a recap coming on Friday to cap the series. And what better place to start than with the mighty... 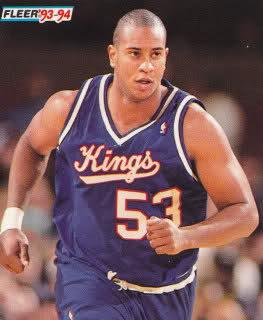 Aykis16: Another sorry bunch here in Jerome James, Evers Burns, Joe Arlauckas and Mark Olberding.  Olberding wins by default for being here the longest and also for being an original Sacramento King.  James is memorable not for what he did in a Kings uniform but when he played like an All-Star center against us in the 2005 playoffs.  That was embarrassing.

section: Well, my favorite guy at this number is Mark Olberding. As I wrote four years ago, "This may have been the toughest hombre to ever play for the Kings. I always thought that he looked like pro wrestling's Paul "Mr. Wonderful" Orndorf, and I never saw the two of them together, so who knows? The Dinger would mix it up with anyone, and he was always a crowd favorite as he played with his heart on his sleeve (or maybe that was someone else's heart - you never knew with Olberding)."

While Olberding may have been my favorite player, Evers Burns is my all time favorite random thought during a ridiculous post. For that I will remember Burns much more fondly than for his 22 games and 143 minutes back in 1993-94.

Jerome James averaged 1.5ppg and 1.1rpg in 16 games for the Kings in 1998-99. The Kings waived James, and he signed with the Seattle Supersonics, where he averaged 5 points and 4 boards over two seasons. But he dotted the Kings for 17ppg, 9rpg and 2bpg in the 2005 playoffs (with Seattle dumping the Kings in five games), and Isiah Thomas and the Knicks signed him to a 5 year, $29m contract. Oh yeah – James’ career regular season numbers now stand at 4.3ppg and 3.1rpg. Well done, Isiah. And a hat tip to Kenny Thomas(woof!), Brad Miller, Darius Songaila, Brian Skinner and Greg Ostertag for boosting James along to his eventual payday during that fateful playoff series. 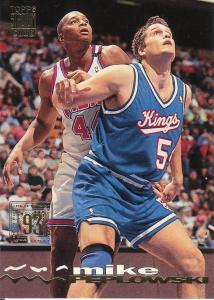 Have no fear, Derrick. Mike Peplowski will save you, too. He will save us all.

section: Again from 2007, this time in regards to Mike Peplowski: "Ed Pinckney was better during his two years here. Heck, Brad Lohaus and Brian Skinner were better. But Mike Peplowski had the greatest assist in Sacramento Kings history when he pulled Bobby Hurley out of that water filled ditch in the winter of 1993. Hurley would be dead today if not for Peplowski. I also salute the fans at the games that year, who always gave Peplowski a very warm ovation whenever he entered the game."

Brad Lohaus was either a tough Pete Chilcutt or a soft Spencer Hawes, but I have not yet decided.

Ed Pinckney came here via trade with a 2nd round pick that became Fennis Dembo. This is of absolutely no consequence, except that I really like saying Fennis Dembo. It’s fun, and catchy. Fennis Dembo. Fennis. Dembo.

Aykis: I saw a guy in a Mike Peplowski jersey at Here We Rally.  That’s dedication.

Brian Skinner came over in the Chris Webber trade and was perhaps best known for his crazy goatee and this awesome block on Shawn Marion in Pre-Season. 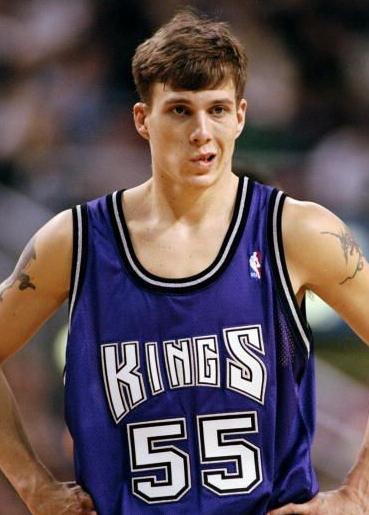 "What, you was expectin’ Jabari Smith?"

Aykis: An addendum to yesterday’s Jabari Smith story; as pointed out by several people, the game he hit the two Free Throws in was in the Western Conference Semifinals v. Minnesota after Anthony Peeler got ejected for punching Kevin Garnett in the face.  He was also wearing Jersey #55 during that game, not 52.

But the only #55 most Kings fans will remember is Jason Williams.  When Kings fans were salivating over Rubio a couple years ago, it was with memories of Williams dishing off-the-elbow passes in the rookie game, throwing no look, one armed passes through a miniscule space to find someone right at the basket, and just generally energizing the fan base with fun, fast-paced basketball.  I generally credit the arrival of Jason Williams as the time when I truly became a fan.  I had reached the age where I could begin to really understand the game, and Williams was defying all the conventions.  I remember my Dad and me watching games at home and J-Will would do something crazy that would get us off our seats, or giggle like children.  He was just silly sometimes.

Silly could get frustrating too though.  For as many jaw-dropping plays and long range bombs, there’d be an errant pass into the 4th row, a racial tirade against a fan, or a missed 30 footer on a 3-on-1 fast break with 20 seconds on the shot clock.  By the time we traded him for Mike Bibby, it was generally agreed that we were trading flash for substance, a more reliable player, and that’s what we got.  J-Will eventually calmed down and had a few more great years as a floor general thanks to the tutelage of Hubie Brown, but to me he’ll always be one of the craziest, most exciting guys I’ve ever had the privilege to watch.

section: Sorry about repeatedly quoting some of these old posts, but in the case of some of these guys it still fits, as is the case with Jason Williams: "I never liked the whole "White Chocolate" thing, but I loved everything else about J-Will. He was young, impetuous, and the most thrilling thing to ever hit the ARCO floor. He'd drive you nuts with those pull up 3's, and then have you staring at the jumbo tron for a replay after going behind his back and bouncing a pass off his elbow to a streaking teammate. He was like your little brother, even if he was older than you. He ushered in the golden age for the Kings. What a ride."

Of all of the things that I have written here, my musings on meeting Jason Williams via time machine remains one of my favorites. I’m just betting that he was a guy that was universally loved by his teammates while driving his coaches to distraction. I’m glad that he was ours for awhile. 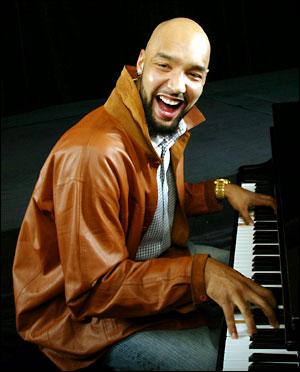 "Thank you. Thank you very much. I’ll be here all night. Well, actually I’ll be here for one game before my contract gets bought out. So this one goes out to Kenny Natt. Don’t go changin’, babe – we love ya’…"

Aykis: Drew Gooden, the one game wonder.  I remember when we traded for him I was actually happy to see we had gotten a decent Power Forward, but of course the team at that point was in the tank for Blake Griffin so he was waived after one game, in which he had a double-double in only 26 minutes. 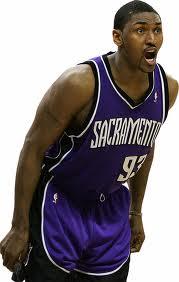 Aykis: Oh Ron-Ron.  You came to Sacramento a hero, a guy who played tough defense and turned our team into the scrappy upstarts who bounced back from their worst start in years to fight back into the playoffs.  It was downhill from there though.  The Ron Artest-era was the Kings prolonging the rebuilding process, futilely hoping that Brad Miller, Shareef, Ron, Bibby and now Kevin Martin could re-establish the Kings as relevant.  You know how that turned out.  I wonder if it would have been any different had Adelman not left.  Whatever the case, the Kings haven’t reached the playoffs (or even come close) since Ron’s first year.  He didn’t part on good terms either, frustrating the team and fans with the back and forth on whether he would opt in to his final year or not.  I have mixed feelings on Ron Artest, but I have to admit I did feel a little happy when he won a championship a couple years ago, even though it was for the devil.

section: I wasn’t a big fan of Artest when he came here, but I liked the trade for Peja. It reminded me a little of the Richmond for Webber trade. Peja was going to be expensive to re-sign, so we dealt him for a mercurial but extremely talented player. And for awhile it was brilliant. Artest came in and turned an 18-26 team into a number six playoff seed that gave San Antonio a run before bowing out. Unfortunately, Ron-Ron began to think that he could be a franchise cornerstone, and he wanted to be factored into the offense in a big way and paid in a bigger way. The Kings saw the writing on the wall and eventually dealt Artest for Donté Greene and the pick that would become Omri Casspi. Ron went on to win a championship as the 3rd-4th banana on a great team.

I remember loving having Ron here for his unfiltered and refreshingly candid nature. I also remember being embarrassed for him and the Kings when he got hit with the domestic abuse and animal cruelty charges. I liked Artest a lot more after he had been here than before, but I’ve liked him even more since he moved on. Artest seems like a guy that enjoys life, and it’s nice to see that life seems to finally be enjoying Ron Artest.

Section: Well, that’s it for the jerseys, but we will be back on Friday with a best/worst recap of sorts. Until then – 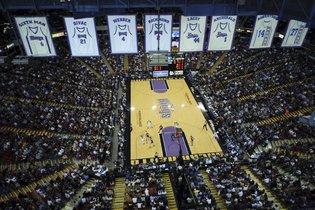